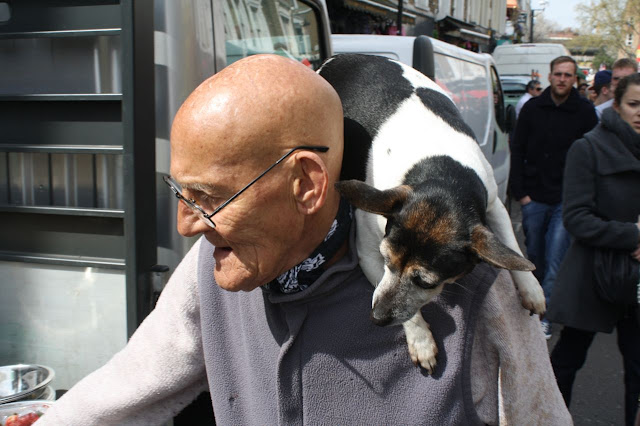 This is one of our neighborhood characters. He's a fairly common sight in Notting Hill and along Portobello Road, where he was working on Saturday at the market. I think he was unloading produce, but I was too distracted by the omnipresent dog on his shoulders to really notice. 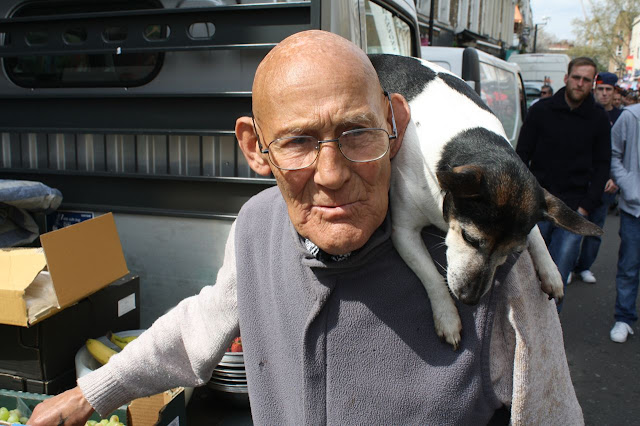 I asked him if I could take a photo, and he said he was working so he couldn't stop for me. I told him he didn't need to stop -- I could shoot him while he worked, which I did. He seemed to appreciate that I asked first.

For some reason, though, I didn't ask his name. (Some kind of journalist I am!) Fortunately, Flickr has a photo pool dedicated entirely to him. There he is identified as Ron and the dog as Betsy. (Or occasionally, Mitzie. I'm not sure which is right. Maybe I'll ask Ron next time I see him.) 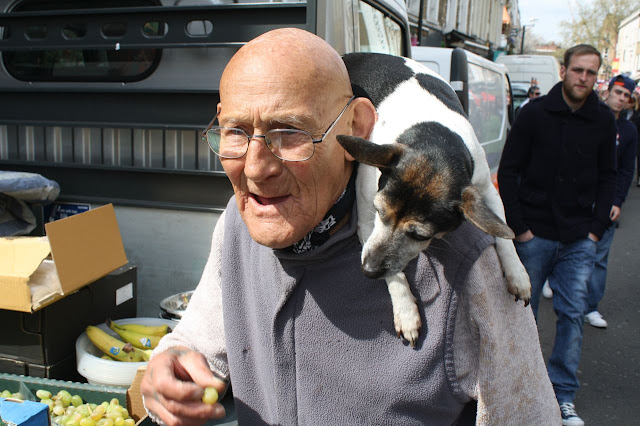 Apparently the dog's been riding around like that since at least 2006, when this photo was taken. In July 2007, another photographer captured the two in Hyde Park. Talk about man's best friend!
Posted by Steve Reed at 6:25 AM