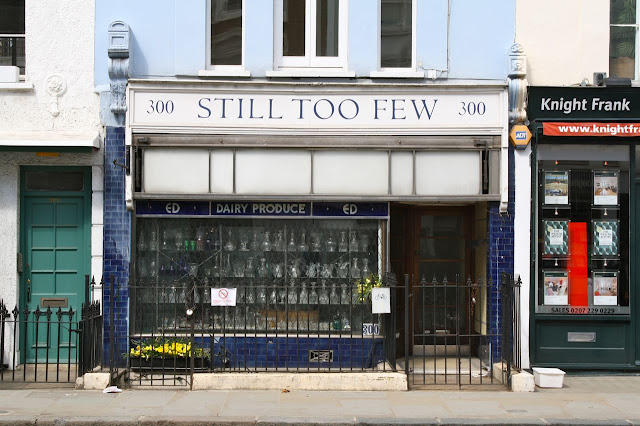 On Monday I took a long walk through Shepherd's Bush, to the west of our neighborhood. I wanted to see the Victorian-gothic Wormwood Scrubs prison (and isn't that a great name for a prison?), but of course it's behind high walls so there's not a lot to see from the road. Instead I occupied myself by photographing interesting shops and restaurants. 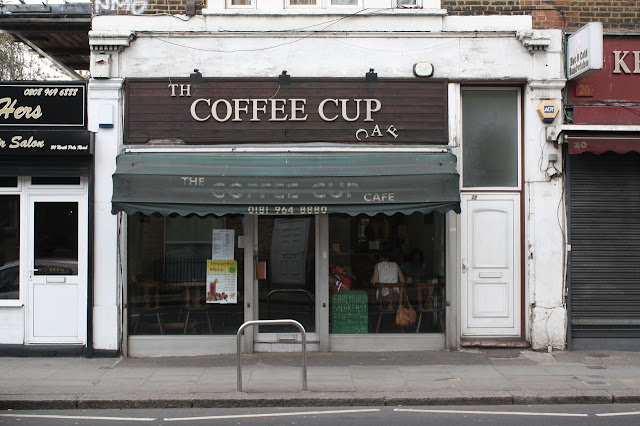 I've photographed the Coffee Cup, on the wonderfully named North Pole Road, before. But it was closed in my previous photo, taken on a Sunday. This time I was lucky enough to catch it while it's open. 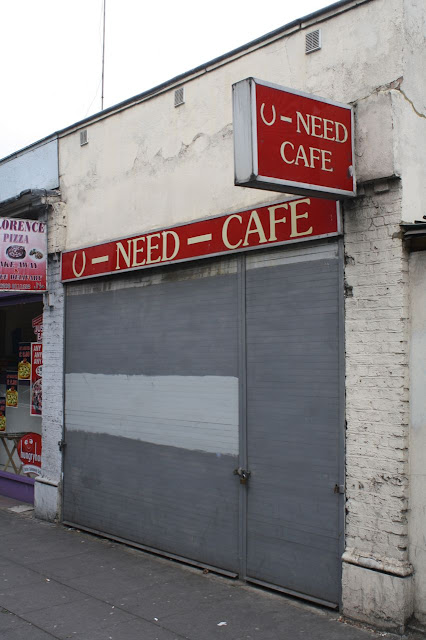 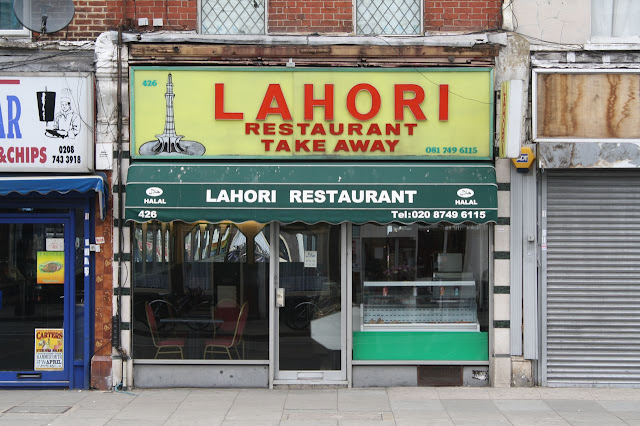 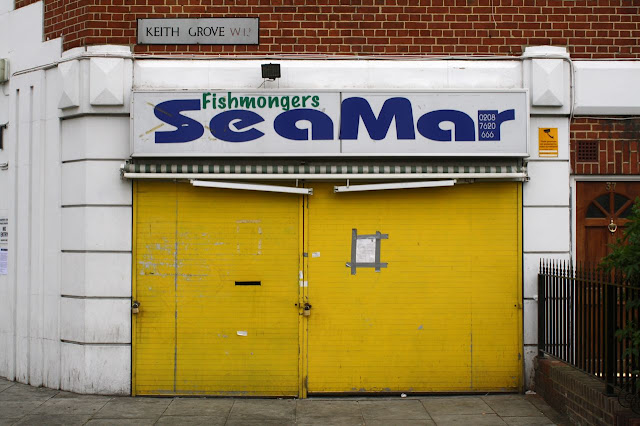 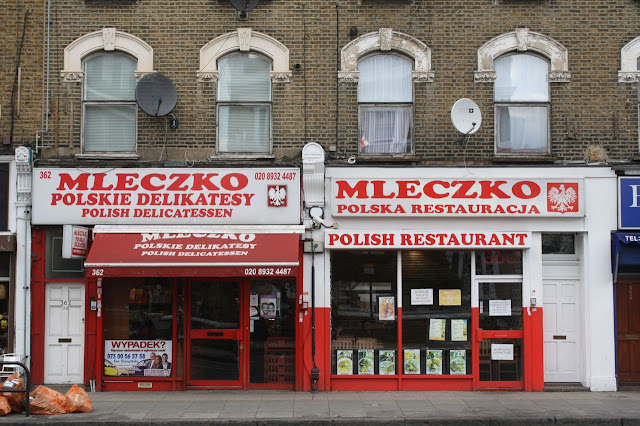 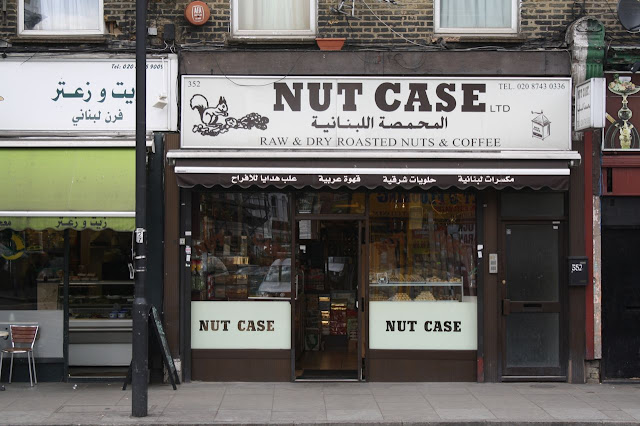 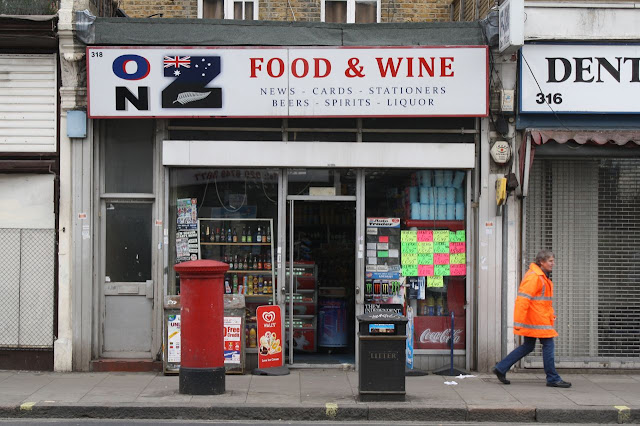 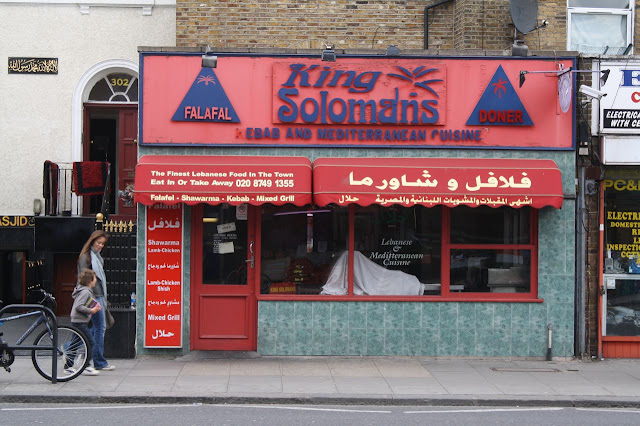 I just love storefronts. They say so much about a city and its diversity, and I love the typography and the decisions store owners make about color and design. Sometimes you think, "That looks like an awesome store," and sometimes you think, "Ummm...really?"
Posted by Steve Reed at 7:38 AM

I'm very intrigued by "Still Too Few" - I wonder what it means?

I am very curious about "The Nut Case". LOL