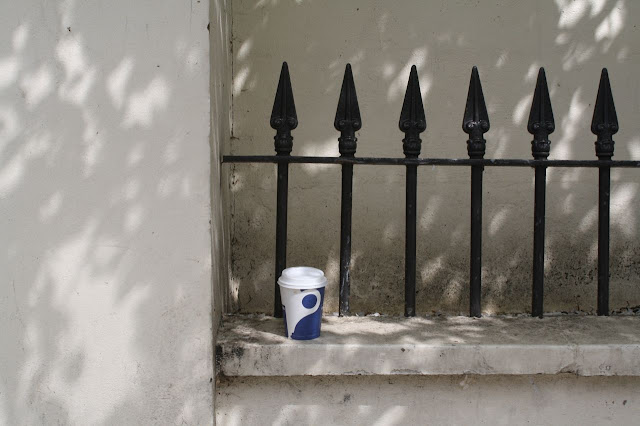 "It's utterly impossible for me to build my life on a foundation of chaos, suffering and death. I see the world being slowly transformed into a wilderness, I hear the approaching thunder that, one day, will destroy us too, I feel the suffering of millions. And yet, when I look up at the sky, I somehow feel that everything will change for the better, that this cruelty too will end, that peace and tranquility will return once more. In the meantime, I must hold on to my ideals. Perhaps the day will come when I'll be able to realize them!"

Anne Frank wrote those words on July 15, 1944, just a couple of weeks before she and the seven others who shared her hiding space were captured by the Nazis in Amsterdam. I finished her diary last night, and I'm so glad I read it. As I mentioned before, I don't think I ever read the entire book -- and certainly not the more recent edition, which contains a lot of material edited out of her original published diary.

I vaguely remembered that she had a puppydog romance with Peter, the son of the other family in hiding with the Franks. I was touched by how naive both she and Peter were. They only seemed to have the vaguest notion of what happened during sex, or even what the opposite gender looked like naked. Anne told Peter that she didn't know the word for male genitalia. And there's no evidence they ever got very physical themselves -- Anne attributed great meaning to her first kiss from Peter, and it was a mere brush of the lips that fell half on her cheek and half on her ear. Can you imagine? These were teenagers! The world was so different then, and people were so sheltered.

I'd like to think that in today's modern world, where knowledge -- not just anatomical knowledge, but all knowledge -- is so much more freely shared, evil on Hitler's scale couldn't occur. But it's hard to say. Hatred, racism, homophobia, anti-semitism, anti-Islamism and all the other "antis" all creep into our lives and our discourse, sometimes without being immediately apparent. Occasionally I find myself making a joke and thinking, "Whoah. That's probably not appropriate!" Don't we all do that? And isn't such carelessness the first step?

Anyway, there's not much I can say about Anne Frank that hasn't already been said. I suppose she did realize her goals -- she wanted to be a writer, and she wrote one of the most significant, best-selling books of all time. She'd be about 80 now, if she'd survived. The truly tragic thing is that she and her sister died weeks -- and Peter just days -- before the concentration camps were liberated. I suppose that could be said of thousands of people.

(Photo: Notting Hill, on Wednesday.)
Posted by Steve Reed at 5:54 AM