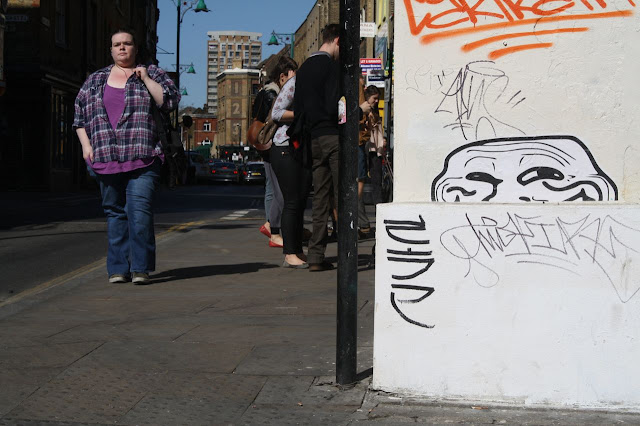 Street artist(s) Andalltha has posted a series of graphic illustrations on London streets based on Internet memes, or drawings and other material that spread virally via the web. Some of these memes I'd heard about and some I hadn't -- and a few I'd seen but without really knowing what they were. It's been fun to figure out the meme behind each artwork.

Above, for example, is the troll, one of a series of rage faces used in comics first posted to the web site 4chan. (I once read an article describing 4chan and its unregulated message boards as the "Wild West" of the Internet, and it's true -- every time I go there I see something I wish I hadn't!) These rage faces have spread to other parts of the web and I've seen them used in blogs on Tumblr and elsewhere. 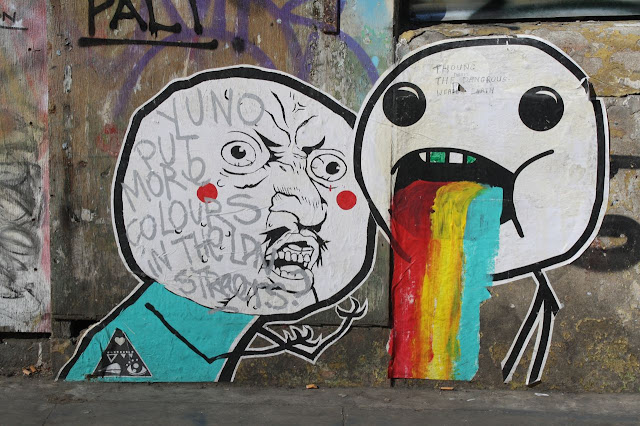 Here are two more rage faces. The one on the left is known as "Y U No Guy," as in, "Y U no put more colours in the LDN streets?" The one on the right is "Puking Rainbows." 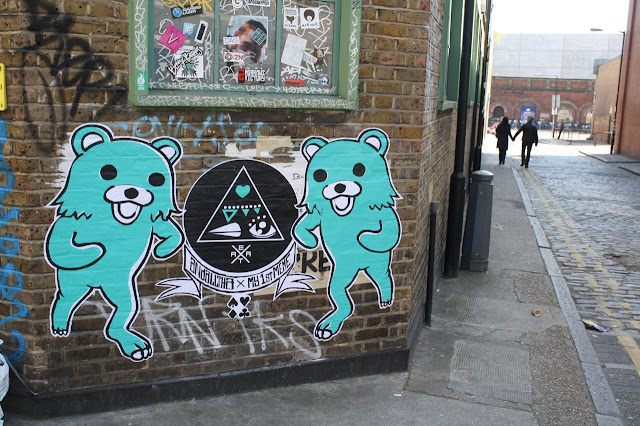 These are "pedobears," which I'll let Wikipedia explain. 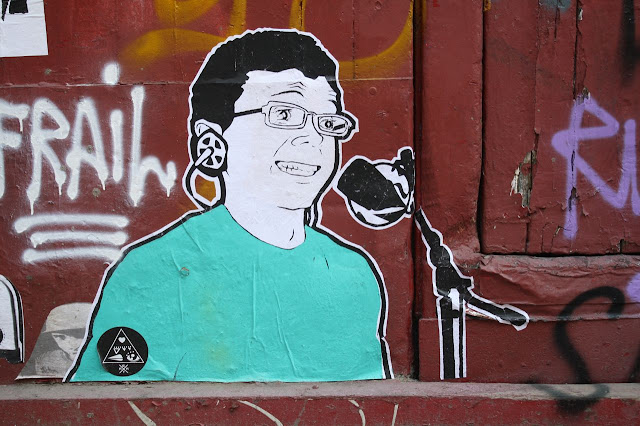 Some of you might recognize "Chocolate Rain," a popular viral video. 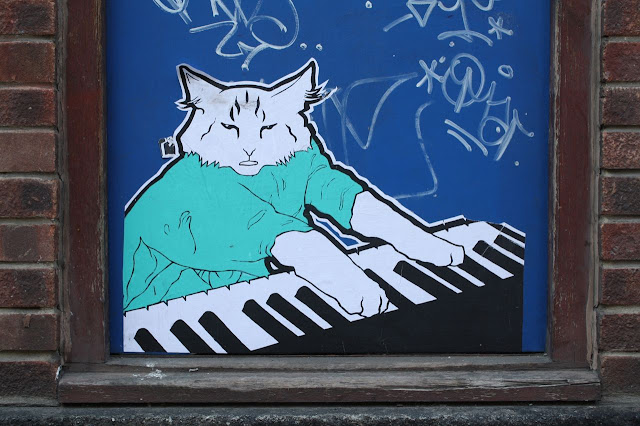 "Keyboard Cat" is another popular meme from a video. 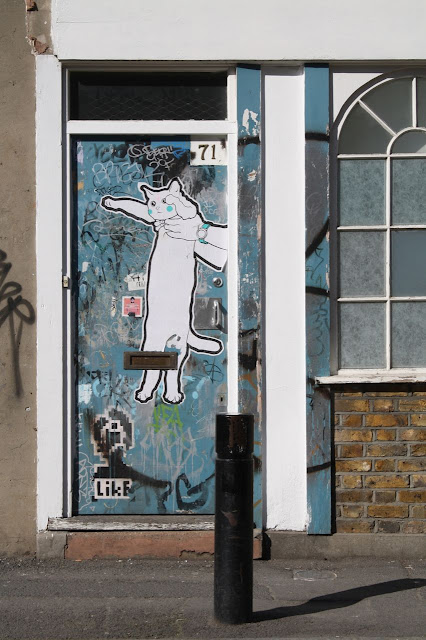 And this is "Long Cat," a photo I used on an earlier post. Finally, of course, there's the "Dramatic Chipmunk," which I mistakenly thought was a hamster. (Also from a viral video.) He's been augmented by another street tagger.

It's a pretty fun idea to take all these items that exist purely in hyperspace and put them on the street, into our physical world. The series, as I understand it, is called "My First Meme," and although it's credited on the streets to Andalltha, there are apparently several individuals behind it. Here's a promotional video.
Posted by Steve Reed at 8:23 AM

This is like a graffiti cult! Who know -- maybe you are Andalitha! :)

I suppose this sort of graffiti is better than gang tagging which can be so obnoxious! Still, not very creative- memes are SO over...(Just returned from Hipster city, so I can judge...) Good photo op hunting on your part! And I must say that I really do like LONG KITTY!

Linda Sue: The fact that these memes are so "over" may be the point. The art makes us think about the fleeting nature of popularity and fame, especially in cyberspace.