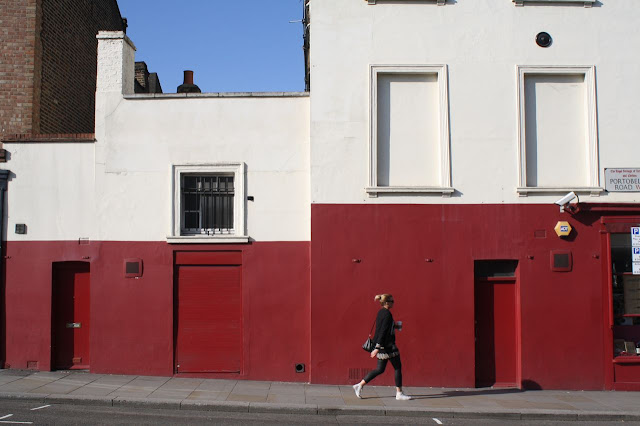 I was raised a Christian, and though I now consider myself more Buddhist than anything else, I think I appreciate the teachings of Christianity as I understand them: love your neighbor, be kind, be charitable. Do unto others as you would have them do unto you. Care for the poor and the infirm.

Recently, though, through a complex series of Facebook references and links, I came across this site. I can't quite tell who sponsors it, or their denomination. But it was fascinating to read, if only because it reminded me just how much my views diverge from those of some Christians.

The site includes discussions on a number of political and religious issues, including, predictably, homosexuality. There's a point-by-point rebuttal of virtually any argument for accepting homosexuality. The overall gist is that it's prohibited by God, according to the Bible -- and because God is never wrong, nothing that we say or do can change that position. Even if scientists find a clear and specific biological or genetic basis for homosexuality, it will still be wrong, because God says so. (And besides, he would never create us to be gay.)

The site argues that being non-judgmental doesn't mean turning a blind eye. It means judging righteously. So it's OK to tell someone they're wrong or sinful.

And it argues that tolerating homosexuality -- and presumably, other "sinful" behavior -- is unacceptable because God "will bring judgment on the nation that fails to prosecute what He calls crimes." In other words, there's no such thing as live and let live, because one gay brings everyone down.

It's impossible to reason or debate with people who hold such ardent beliefs. I'm not talking just evangelical Christians -- conservative Muslims and Jews hold similar views. Ultimately their arguments are not reasonable. They're statements of faith: "I believe this because God says so."

I don't mean to denigrate faith or to paint everyone with a broad brush -- I know there are widely varying viewpoints within every religious community. But I don't understand a faith that is so watertight, so impervious to critical thinking and questioning, that it eclipses any recognition that others may have their own truths. I am almost always suspicious of certainty.

Personally, I suspect that God -- if there is a God, in the sense of any single being, which I doubt -- didn't say many of the things attributed to him. The Bible as a historical document has been ceaselessly tampered with and re-interpreted over the centuries, and even in its initial recording reflects the norms of civilization more than two thousand years ago. What really blows my mind is the idea that conservative Christians can't leave others alone to do as they see fit, because doing so is somehow going to bring down God's wrath upon all of society.

What a tangled web. Really. It makes me despair that we will ever be able to understand each other.

I wouldn't despair, Steve. I'd hope for The Rapture, and that way, all those who believe in it will be raptured up and leave the rest of us in peace on this beautiful planet.

I'm with you, every word. I find people who use the bible to trumpet their beliefs conveniently ignore other parts of the bible, which of course was written by men, not God, and even if they were receiving inspiration from God, well, clearly they were imperfect vessels, and all manner of human, empire-building agendas governed the subsequent rewritings, and on and on, so I never get this bible-is-gospel thing. A friend of mine once wrote a piece that rebutted, using verses from the bible no less, every argument the christian right makes to condemn being gay. i wish i had it still. it was revealing.

the kind of judgement and rigid thought that you describe is why i am not religious, though i do consider myself spiritual. perhaps i am a non-practicing buddhist (if there is such a thing) as those ideas make the most sense to me. I used to say I was a theosophist, but now I'm happy with no labels of any sort.

i am glad you wrote this. i think we need to shine a light on such smallness and intolerance. i too was raised christian. my mother used to say, "judge not lest ye be judged." what about that tenet? there is another saying i have always liked. Karma is a bitch.

glad to be here. sorry i've been a little quiet lately. life is moving at warp speed and spring is always an iffy season for me. i send love.

This is what terrifies me about any type of conservative religious takeover of government (I keep mentioning The Handmaid's Tale everywhere I go). It really is crazy-making.

The rector of my former church (before we moved) wrote a tract about "What Does the Bible Say About Being Gay." It sounds like the one that Elizabeth mentioned. It's pretty amazing. But you're right - the type of folks you're talking about wouldn't buy her arguments.

Angella - not Elizabeth (with the writing friend). Sorry!

I am so tired of being the bigger person in these circumstances. Sometimes I just want to be just as crass and tell these people that they are a--holes. I'd love to do that sometime instead of trying to enlighten them or show love and compassion. Of course, I could never be so hateful and close minded but honestly...

I have always been suspicious of people who KNOW they are right. I think it comes down to a feeling of insecurity on their part. But in the meantime they create ill will and even go to war over their beliefs. I picture God up there somewhere slowly shaking his head and muttering, "Where did I go so wrong?"

When somebody tells me that they are a devout anything, christian, jew, budhist, muslim, pagan, chair,pudding...it pretty much sets the tone. That would be tone deaf! christians seem to be the very Worst! saves me time really, I don't need to get to know them, or engage in conversation.Like talking to a rock.

I have a theory about Christianity. Early Christians were flower children, into love and acceptance. Priests could marry and I doubt seriously that anyone cared about sexual preference. But then there was the mini ice age through Europe. Those were a rough couple of hundred years (or ... 300? Can't remember). During that time, Christianity took a turn for the worse, i.e. inquisition, witch burnings, etc. The plague and the mini ice age kicked up survival instincts, fear. Sadly, the religion has never recovered. Anyway, there's my theory.

This is rather timely! TED talk that sort of kind of makes it all work...

Elizabeth: Ha! Yeah, that Rapture would solve a lot of problems!

Angella: I think "non-practicing Buddhist" is perfectly acceptable. In fact, if you're even aware enough to suspect you might be Buddhist on some level, I'd argue you're already practicing. The sad thing is, religion -- even traditional western religions -- at heart shouldn't be rigid at all. Religion is guidance, not a play-by-play rulebook.

Bug: I'm terrified too. Some of the worst atrocities in the history of man were carried out in the name of religion, after all. I'm reminded of that line from "Hannah and her Sisters": "If Jesus came back and saw what's going on in his name, he'd never stop throwing up."

Gary: I get you! But I think getting mad just alienates people. It feels good, but it never works.

Barbara: I agree! Certainty is immediately suspect! (See quote above!)

Linda Sue: That TED talk was really interesting. I think Alain is on to something. There are elements of culture and nature that offer the same sorts of inspiration as religion. I think some people need a much more clear-cut path, though, and perhaps it's not easy for everyone to see as he does. (Particularly if their only cultural experience is Travis Tritt or NASCAR.)

Reya: That sounds like a good theory. Certainly the Middle Ages were a very fearful time. I often wonder if I and my immediate ancestors grew away from religion because we weren't confronted with the inexplicable disasters that faced people in earlier generations.

I can't comment I would just say some mean things and curse words. I hate discrimination like you would not believe.

I just always hear the 7 year old version of me screaming "But that isn't fair!"