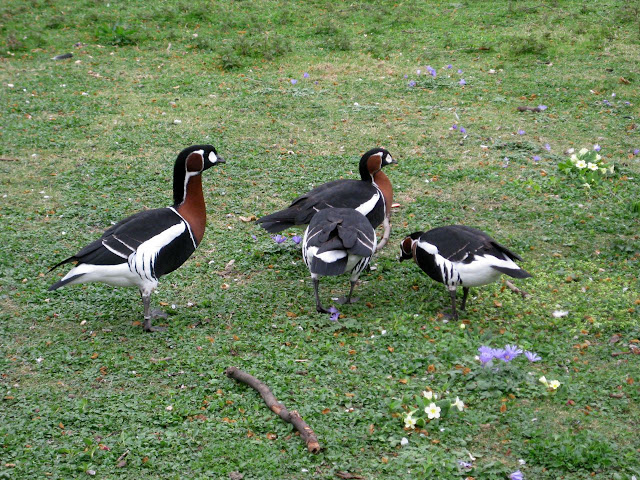 We took a stroll with Marilyn and Jason through St. James's Park last week, and several of the waterbirds caught our eye. The beautiful geese above, for example, are entirely new to me. They're called red-breasted geese (Branta ruficollis), an endangered species from Eurasia. I assume these are part of the park's collection of birds, and not strays that wound up here naturally. 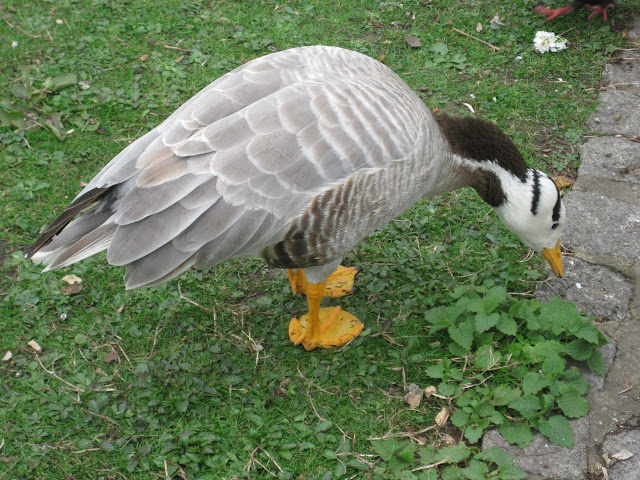 This is a bar-headed goose (Anser indicus) from Central Asia -- apparently quite common. 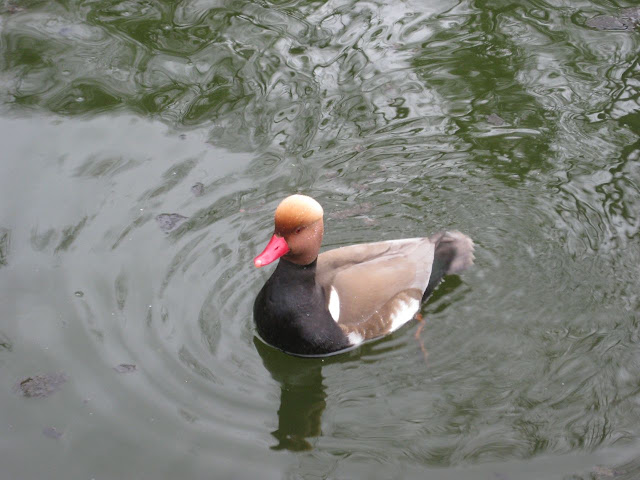 And this is a red-crested pochard (Netta rufina). Wikipedia says that while these birds are also native to Asia, it's likely that escapees have built a feral population in England. 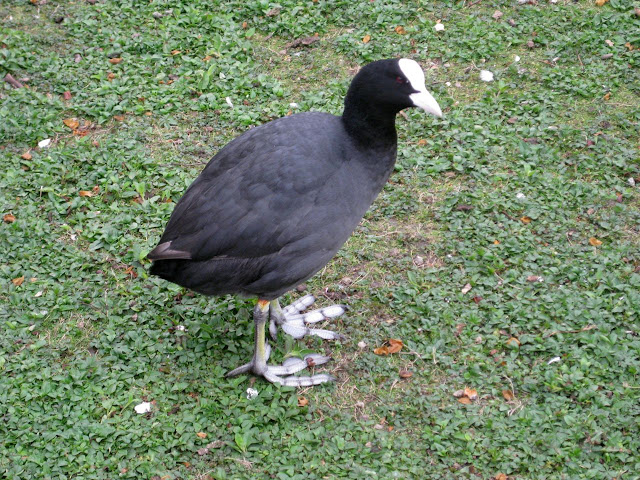 And finally, here's my old pal, the coot. I took this mainly because we could see his freaky, partly webbed feet so clearly.

There are lots of other amazing waterbirds in the park, which is basically the front yard for Buckingham Palace: swans, Mandarin ducks, Egyptian geese, tufted ducks, moorhens, herons, you name it. Also resident is the cursed Canada goose, and many more common birds like mallards.

You may remember I posted a photo of colorful Egyptian geese along the Regent's Canal in February.
Posted by Steve Reed at 6:24 AM

You could always hire yourself out as a guide to London! Seriously, you seem to find all sorts of wonderful places that I never saw in my visits to London.

I love coots - they're so ridiculous :)

I don't know why Joe vs. the Volcano is so much fun to me - Tom Hanks & Meg Ryan in a very silly movie. But it struck a chord the first time Mike & I watched it & now it's "our" movie :) Hoe vs. the Volcano would be a LOT Of fun - Abe Vigoda played the tribal chief so he would have a field day with that one - ha!

WOW those are some beauty birds! The coot is a hoot...hahahaha-

Them Coots is good eatin.

Wow those birds are beautiful! I think I would be mesmerized and stare at them for a long time. Love the pictures. Thank you for sharing.