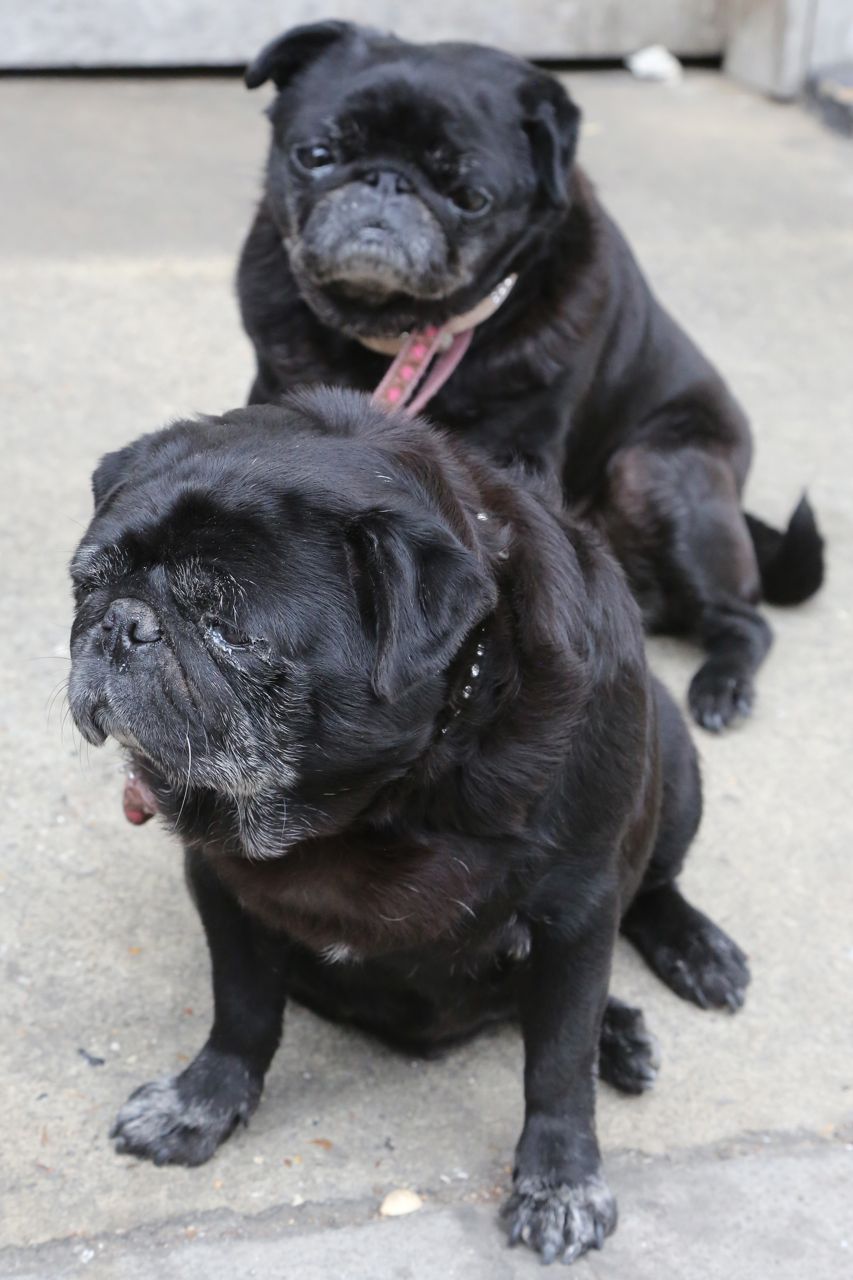 Well, that day of rest did me a world of good. I am in much better shape today and ready to head back to the library. I wound up doing quite a bit of work from home yesterday to sort out some substitutes, and I vacuumed the house, did laundry and made a run to the dry-cleaners, so the day wasn't completely wasted.

I also took a quick photo walk around the neighborhood. All the local characters were out and about. I saw Ron and Betsy (or Mitzie?). And I saw Missy and Nancy (above), a pair of aged pugs tethered together who often follow their owner around Portobello Road, and who I photographed about two years ago.

I got the story on these two. It turns out that Nancy is 15 years old and blind. Missy, a relatively youthful 14, leads Nancy on the tether. That's Missy in front above (according to the owner, who should know).

I spent the afternoon reading "One Man's Meat," a book of essays by E.B. White, mostly from the 1930s and '40s. I bought this book more than 20 years ago -- in fact it still contains a bookmark from the bookstore in Tampa where I got it -- and it remains a favorite. White is one of my writer-heroes. Such a natural, with perfect economy of words and just the right balance of humor. He's partly responsible for setting the tone of much mid-century writing in literary periodicals like The New Yorker and Harper's. He wrote about visiting Walden Pond in Concord, Mass., in 1938, and how even then it was subjected to litter and bureaucracy -- no longer the retreat Thoreau had found about 90 years earlier. Fascinating!
Posted by Steve Reed at 6:52 AM