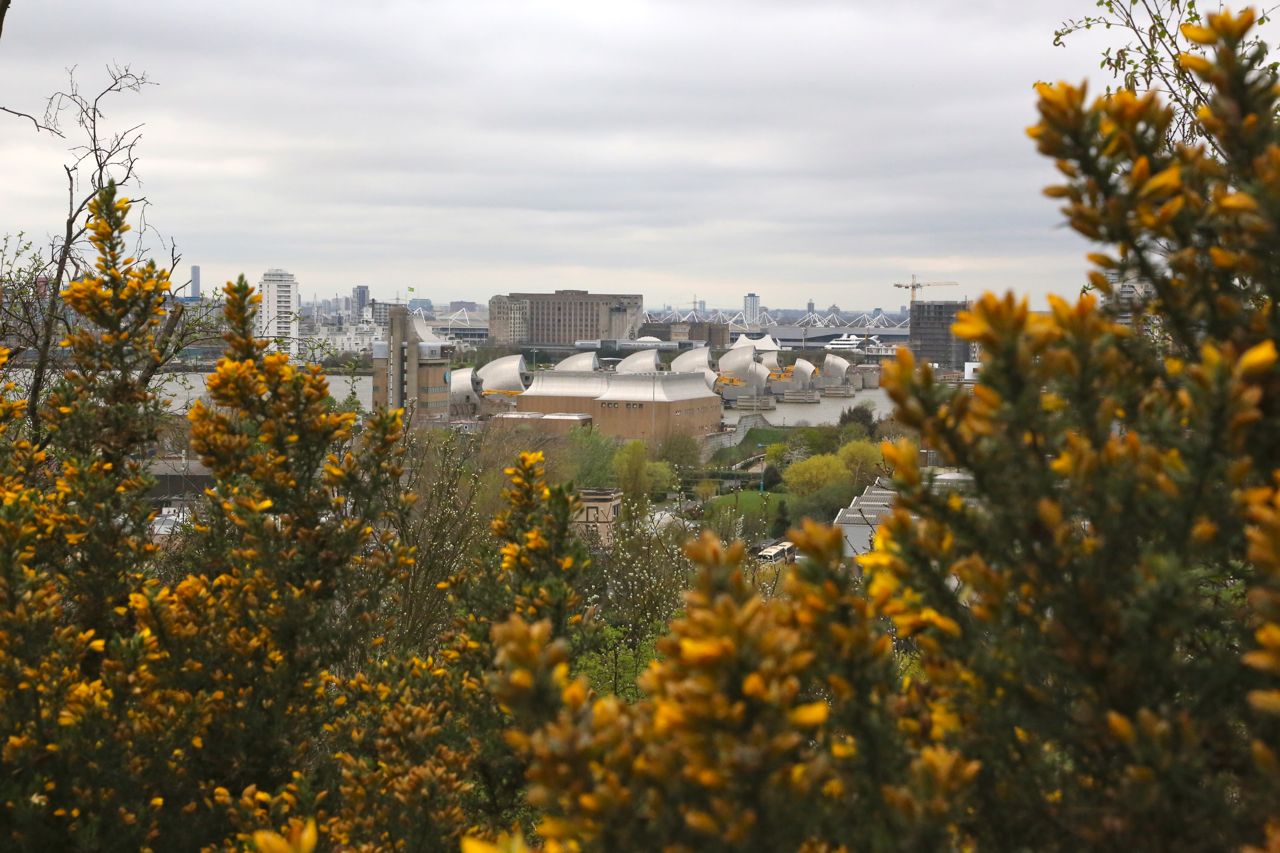 Yesterday we went down to South London to meet Sally and Mike for lunch. We invited along Anna, one of Dave's coworkers from the music department, and her husband Lawrence, who funnily enough just bought a house a few doors away from Sally and Mike. We figured they should all meet!

We had a good pub lunch and then made our way to Anna and Loz's house, where we saw all their planned improvements.

I admire anyone who enters the real estate market here in London and emerges unscathed with a proper house. Dave and I have talked about trying to buy, but it seems like a much scarier process than it is in the states. For example, one can make an offer on a house and have it accepted by the buyer, and still lose the house to another purchaser who offers a higher price at any point before closing. Besides, property prices here are insane, and getting more insane all the time. 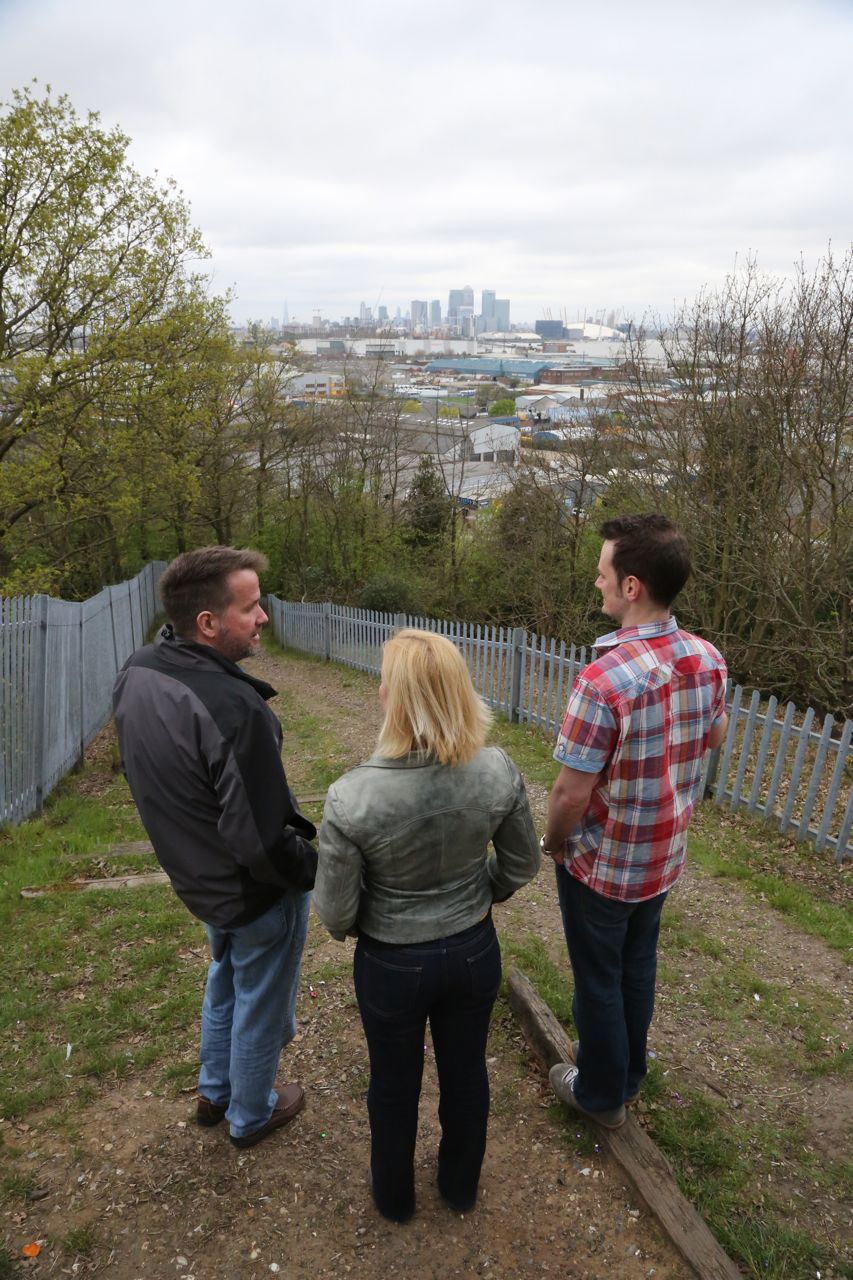 Anyway, my original plan had been to leave lunch and go to Thamesmead, a '60s planned community along the river, to do some photography. Almost from its inception Thamesmead was considered a forbidding environment, representative of all the bleakness that a London council estate can embody. Parts of "A Clockwork Orange" were filmed there, for example.

But we didn't leave Anna's until 5 p.m., so I ditched that idea. Instead we walked to the top of a hill at an old quarry near their house in Charlton, from which we had expansive views over Canary Wharf (above) and the Thames Barrier (top). 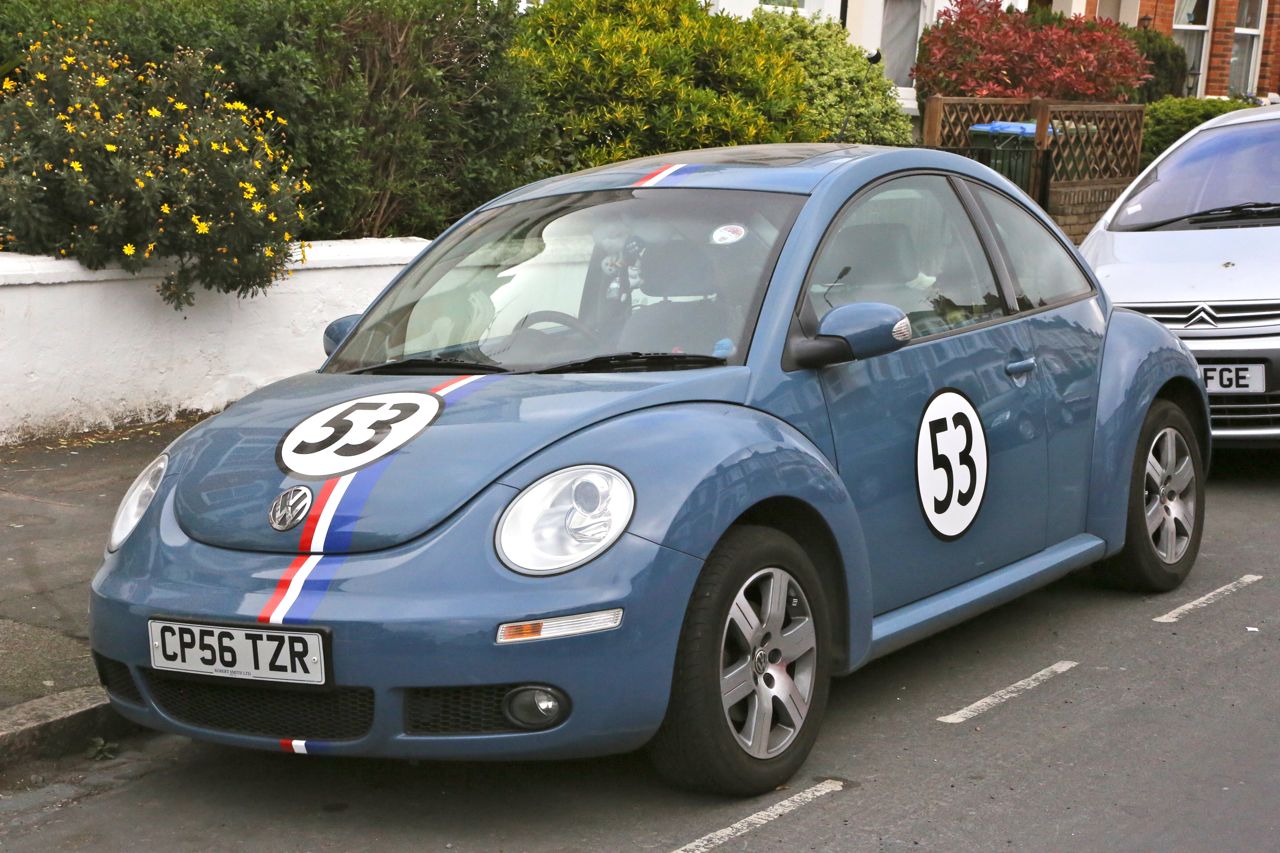 Another resident of the street where Sally, Mike, Anna and Loz live is Herbie the Love Bug -- or at least his blue cousin.

I may try my Thamesmead outing again today, though with all we have to do before our trip tomorrow, it would probably make more sense to stay home.
Posted by Steve Reed at 6:45 AM