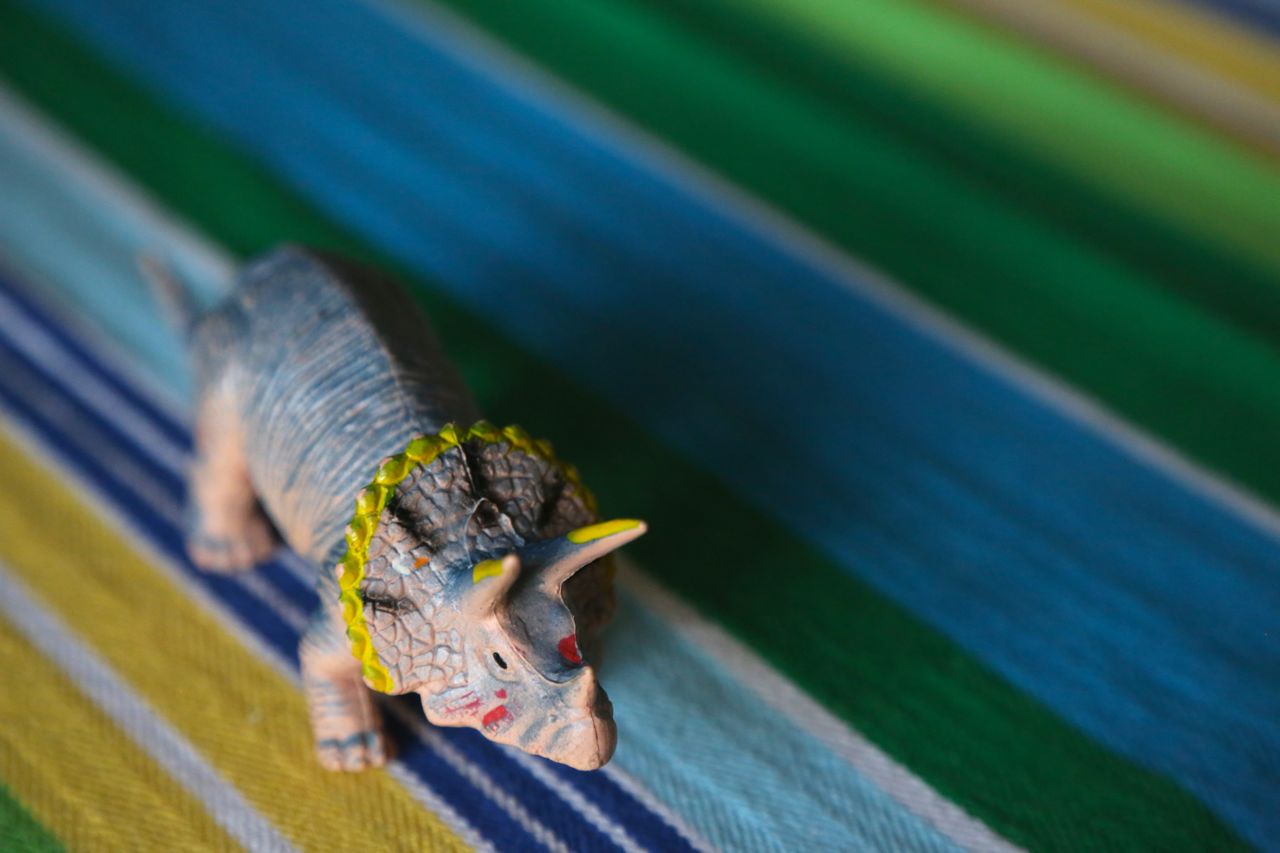 Several months ago, a trio of plastic toy dinosaurs appeared in the computer room in the library at school. Lots of groups use that space, including an after-school photography program -- I thought the dinosaurs might have been models they used to teach depth-of-field or some other photographic principle. In fact, I thought about photographing them myself -- but then they disappeared before I had a chance.

Two of them reappeared this week, a Stegosaurus and a Triceratops. There were no obvious clues about where they'd gone, except that the Triceratops had been painted to look like a drag queen or a cheap tart.

Speaking of cheap tarts, early this morning -- after I'd walked Olga, and as I made coffee -- I heard shouting from our parking area downstairs. I went out on the balcony and saw two scantily clad women squatting against one of our buildings, loudly and apparently drunkenly exchanging words as they simultaneously took a slash (as the British say). Charming. They stood up, readjusted their micro-minis and teetered out to Portobello Road on ridiculously high heels, apparent casualties of a wild Friday night.

Dave and I did our own celebrating last night, though not nearly to the same degree. We popped a bottle of bubbly (a gift to Dave from the American School in Paris, in thanks for his hosting of the international concert band a couple of weekends ago) and toasted the beginning of Spring Break. We don't have to go back to work until April 22! After a crazy hectic workday yesterday, the sub phone is turned off and my desk at the library is clear -- and I am ready to relax.
Posted by Steve Reed at 7:25 AM