Farewell to All That 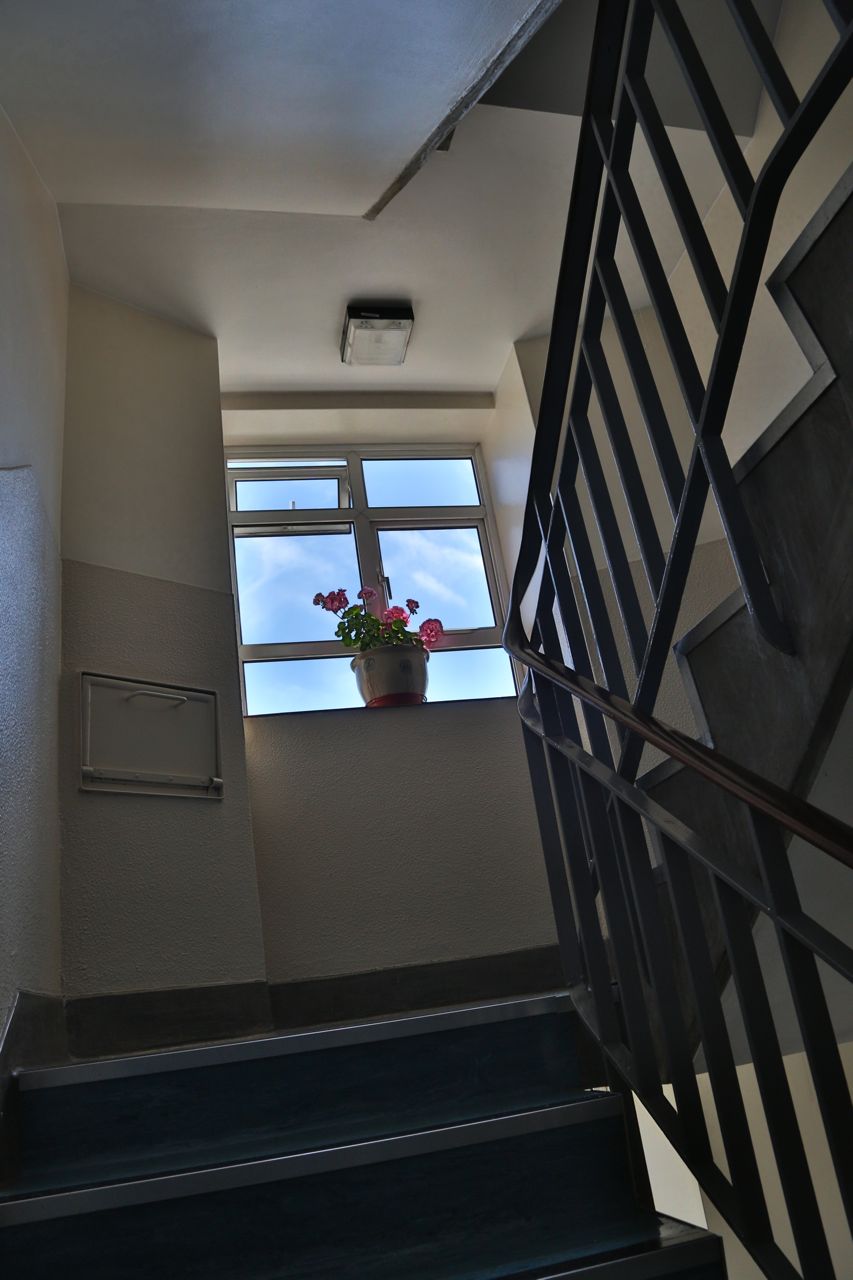 Well, this is it -- my final post from our humble flat on Portobello Road. I'm leaving you with an image of the stairwell, which is the last thing we'll see as we descend to the moving van and motor out of here. (Someone takes care of that geranium but I have no idea who. It's been prospering on the stairs the whole time we've lived here -- it looks a heck of a lot better than our geraniums.)

I took Olga for a last jaunt to Wormwood Scrubs yesterday. I also did some research and discovered that Hampstead Heath is closer to our new home than the Scrubs is to our current one, so Olga will not lack for outdoor running space.

Not much else to say and there's lots to do, so I will report back when we're moved! (Oh, and we won't have Internet for a couple of days. I'm going to try to find some WiFi but my blogging may be a bit haphazard.)

I was amused by two items from the "Talk of the Town" section in a recent issue of The New Yorker. One was advice from literary critic L.A.G. Strong to author Jane Gardam early in her career to "write about everything -- even linoleum." (In other words, there are no details or characters too minor.) The other, in a separate article, was a little lesson on cockroach genealogy: The German cockroach is actually from Asia, and is known in Germany as the Russian cockroach; the American cockroach is actually from Africa, and is apparently known to some as the "Bombay canary."

Here's hoping we have neither in our new flat!
Posted by Steve Reed at 6:03 AM