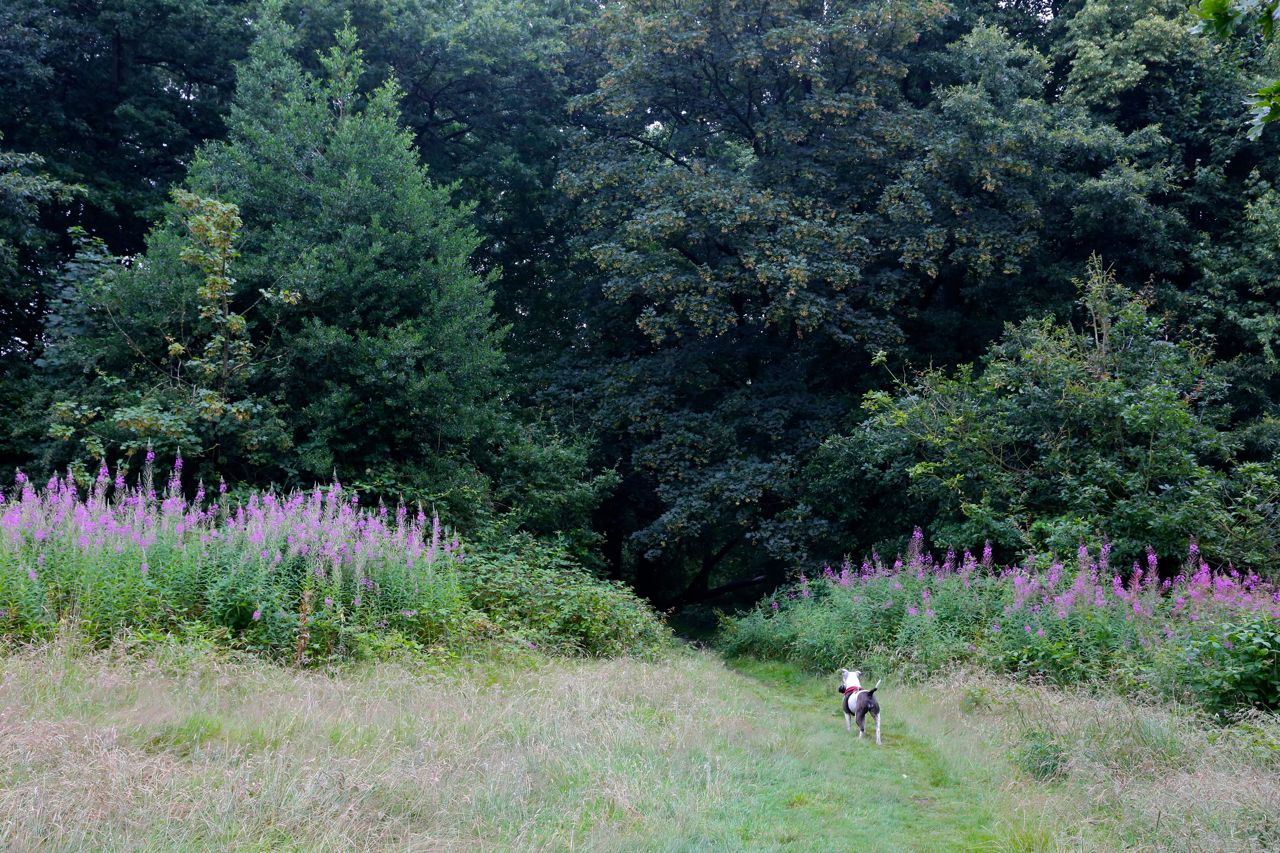 Yesterday, Olga and I walked over to Hampstead Heath, the nearest large park to our new flat. I was afraid it would be too far to walk regularly, but as it turns out, it's only about a mile and easily doable. Olga is thrilled that she won't be confined to concrete streets for the rest of her life. (Not that she doesn't like them too, particularly on garbage day.) 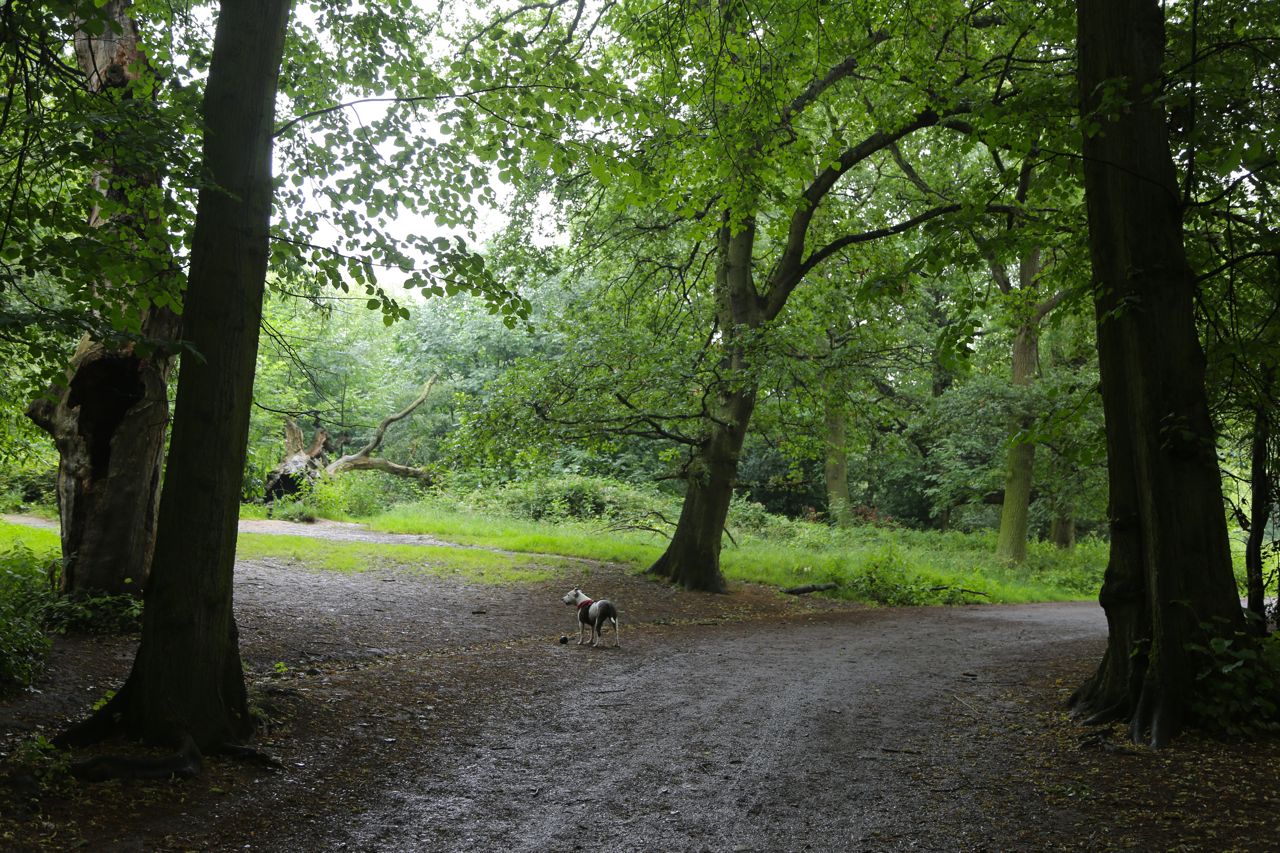 Hampstead Heath is much wilder than Hyde Park, and hence -- on rainy days -- much muddier. Olga's undercarriage was thoroughly blackened by the time we came home. I had to hustle her immediately into the bathtub.

With a web of forested paths, the Heath is also much harder to navigate. I got pretty well turned around and we came out of the park much farther north than I had intended -- but that was OK. It gave us a longer adventure! It felt great to take a good long walk. 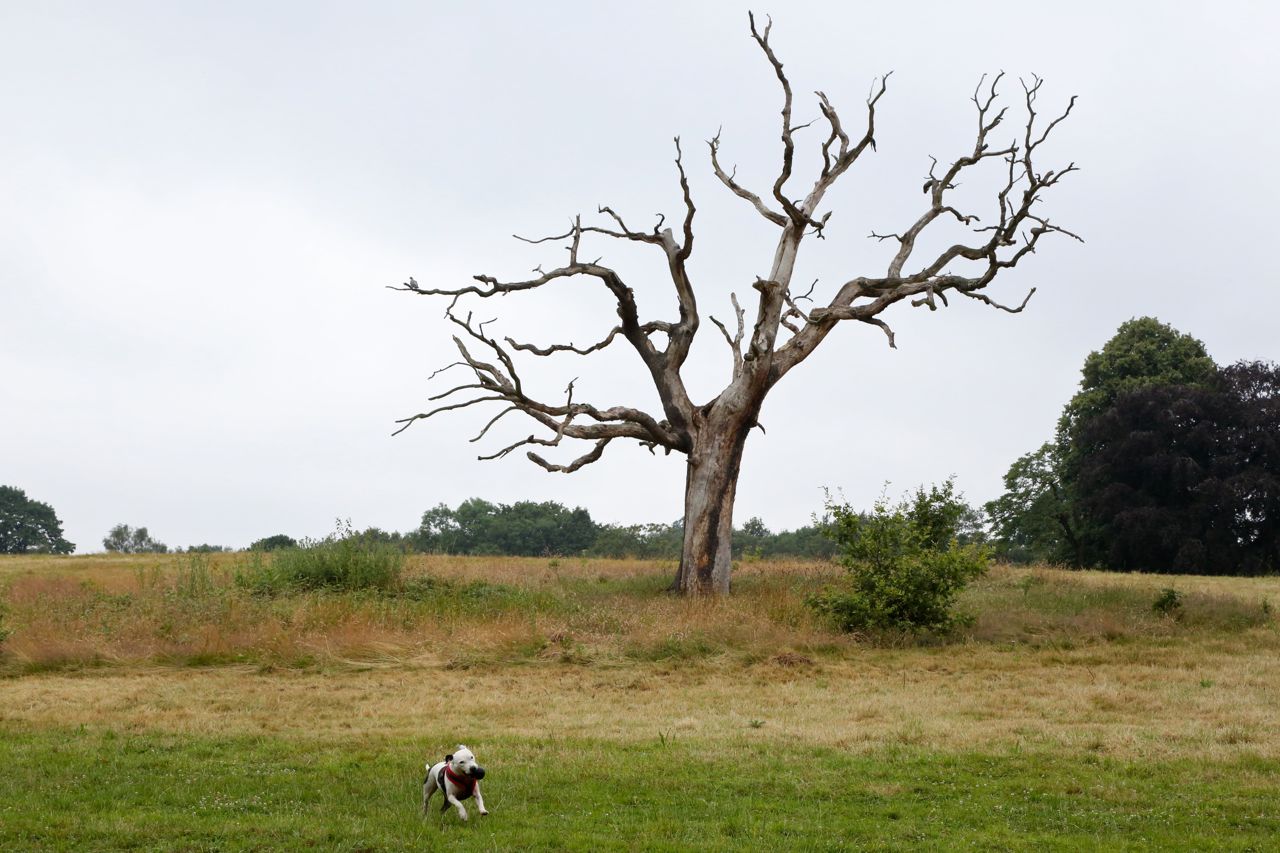 -- I researched our garbage and recycling schedule just in time to get everything out for collection. Thus we are now free of the cardboard Mount Everest of moving boxes that had built up in our entrance hall. I wasn't sure the collectors would take them all, and I couldn't find out ahead of time because when I called Camden Council on Thursday to ask, the workers were on strike! So I just risked it and put everything out and it went. Woo hoo!

-- Our broadband was installed. A technician came by in the morning and put in a new phone jack, as well as turning on the line at the junction box on the corner. Not very complicated, and now we're no longer pirating our neighbor's free WiFi. I'm sure they're thrilled, if they even notice.
Posted by Steve Reed at 6:14 AM