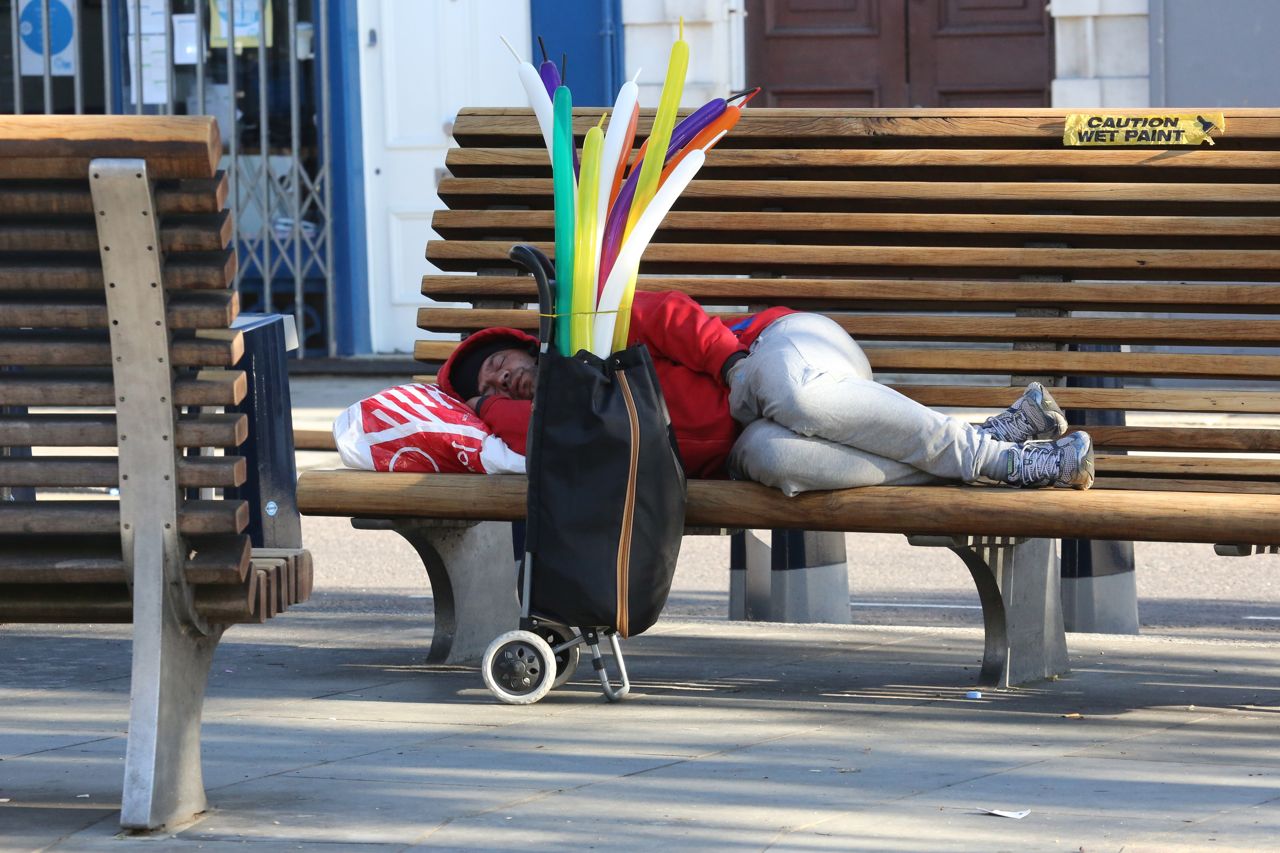 Dave and I tied up a few move-related loose ends yesterday, traveling back to Notting Hill and giving our old flat a thorough final cleaning. We treated ourselves to lunch at Tom's, a favorite nearby brunch spot, where I had chilled green pea soup with yogurt. (Terrific!) Then we collected our vacuum cleaner, our cleaning products and our two forgotten plants, and hailed a cab via an Internet app that eliminates the need to stand on a street corner frantically waving our arms.

The Internet app said our cab's driver would be named Stephen. "Well, that's auspicious," I said to Dave. But Stephen turned out to be a garrulous driver who offered his version of the state of the world with the slightest prompting. He started telling us why the cab business is so terrible these days, and in the few short miles to West Hampstead he expounded on the evils of technology, his childhood on a Kilburn housing estate, the banking and financial crisis and social alienation. His windshield and rearview mirror were actually flecked with dried spittle that he'd sprayed during previous lectures to unlucky passengers.

We got out of the cab and Dave said, "You know why the taxi business is bad? Because of guys like that."

We got home, dropped everything off, took the keys to the old flat to a friend of the landlord's, and then went grocery shopping at a nearby big-box supermarket. (Yes, we're far enough out of town that we have a suburban-style shopping center nearby, for better or worse.) I picked up a drain plug for the kitchen sink -- which, wouldn't you know, doesn't fit -- and a pedal-operated trash can that already doesn't seem to work all that well. But on the upside, I found a £5 bill in the parking lot!

I wrapped up the day by taking Olga on a walk around the new neighborhood. We found a veterinarian right around the corner, some promising-looking restaurants and pubs, as well as not one, not two but FIVE thrift shops. Woo hoo!

(Photo: One of my last pictures from Notting Hill, taken Monday morning.)
Posted by Steve Reed at 6:19 AM