Friend to Tend, or Foe to Hoe? 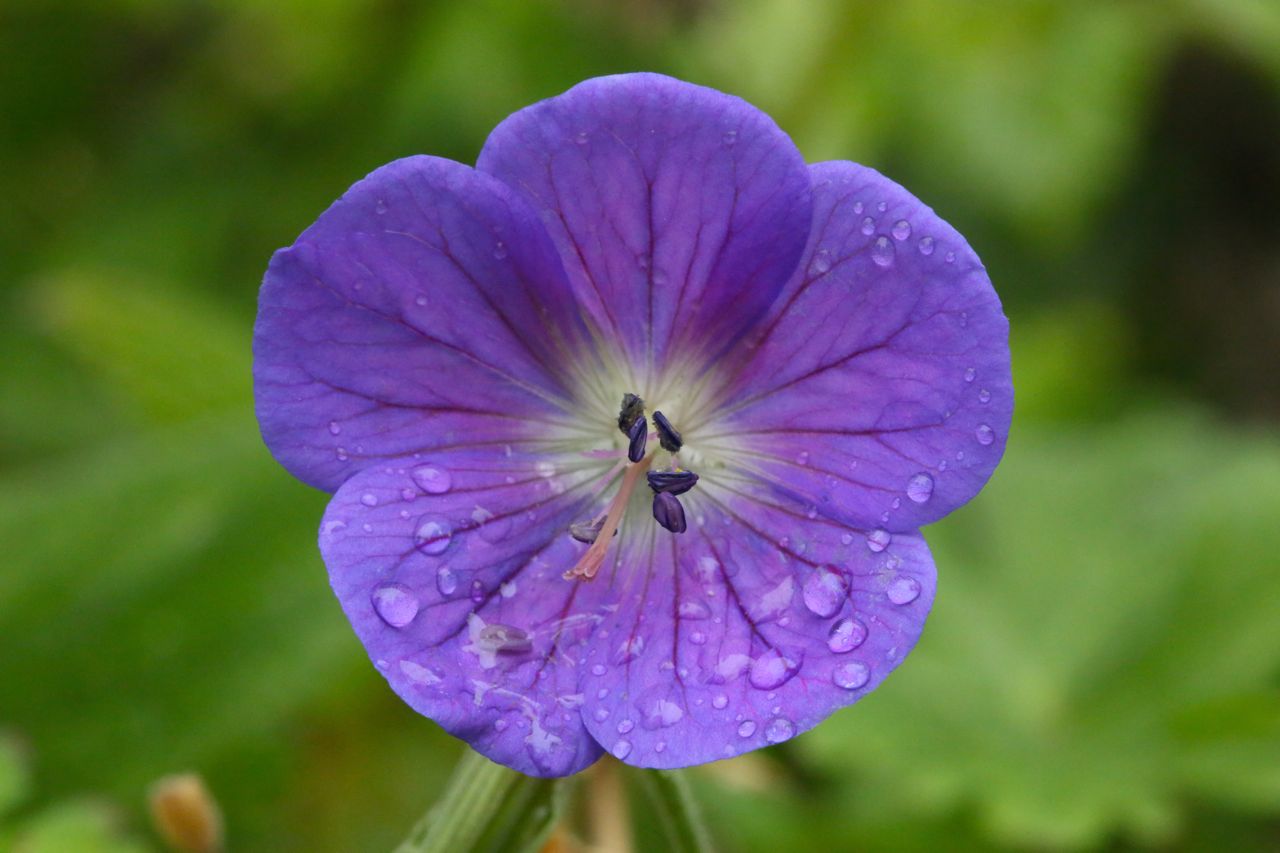 In addition to the roses and hydrangeas that I already mentioned, we have a lot of peculiar things growing in our garden. Dave, Olga and I stayed home yesterday, the gray and mildly rainy weather discouraging exploration farther afield, and I spent some time trying to identify these mysterious plants. We'd eventually like to tame our wilderness a bit, but I want to allow room for wildflowers too. First we need to know what's what.

This (above) is a wild geranium. We have it in just one place so perhaps it doesn't fall into the weed category. 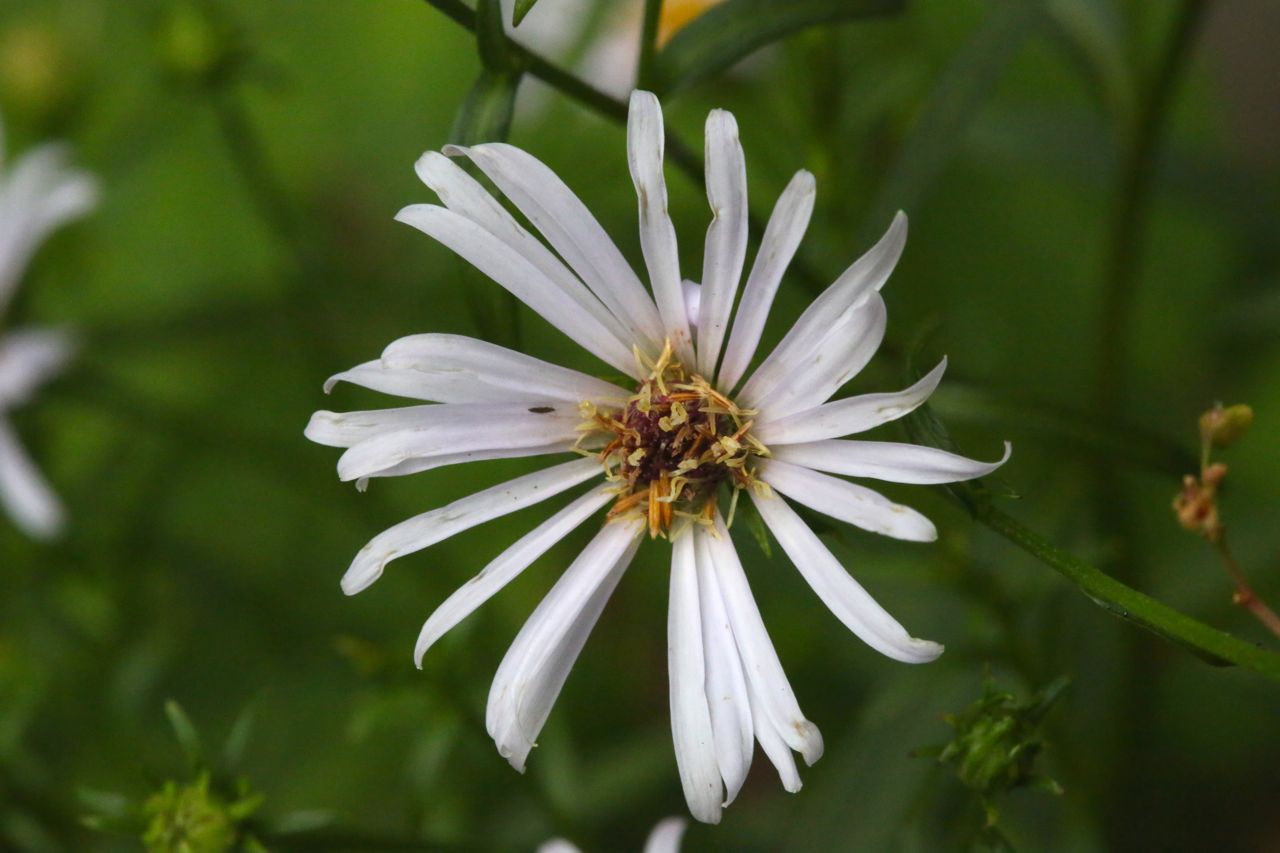 This is some type of aster. According to this page, most asters in the UK were imported from America. There is a purple variety called a sea aster that's native, but this one doesn't seem purple enough to be that species. We have just a few, and I like them. 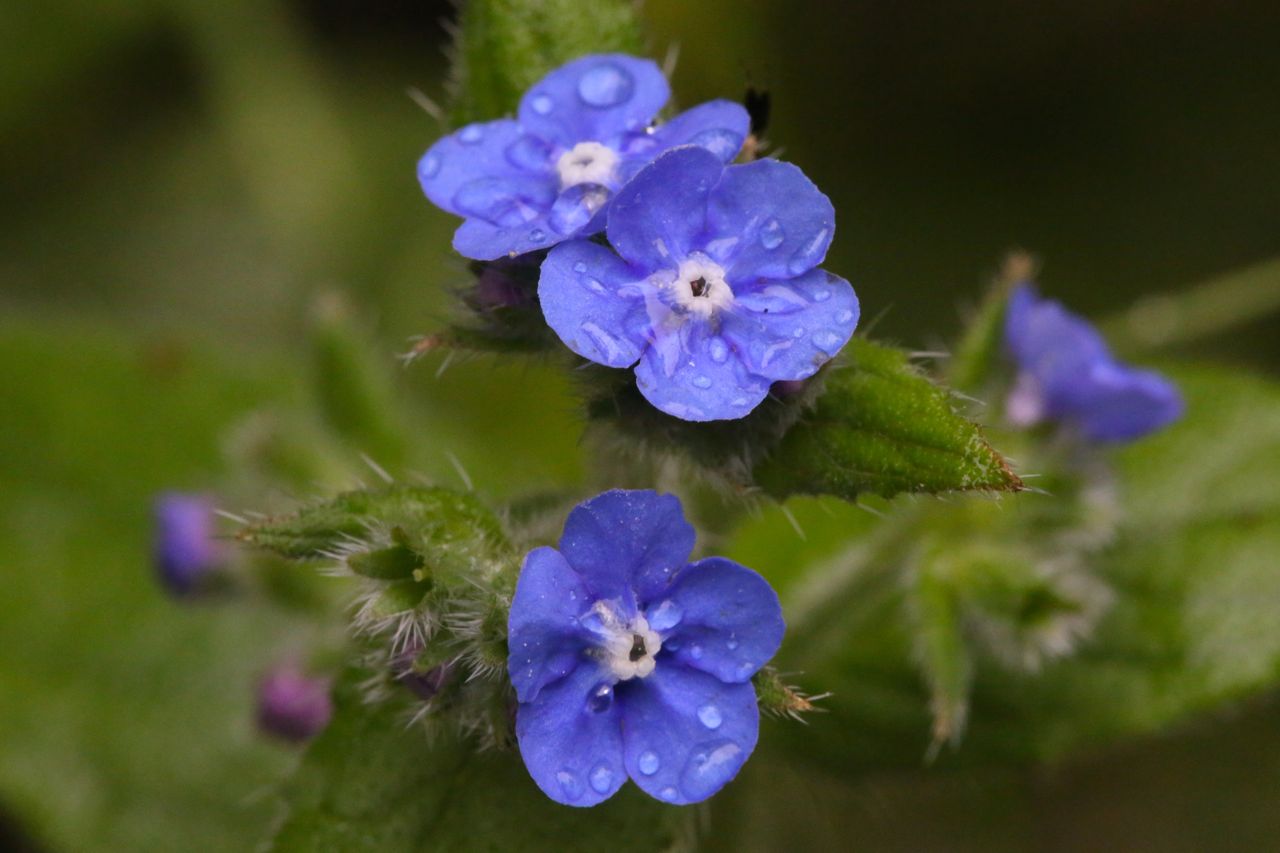 This is called green alkanet (Pentaglottis sempervirens). We have tons of it -- and I'm finding articles online about ways to control it, so I suspect we're not the only ones who wonder if it's a bit out of hand. It's pretty, though. 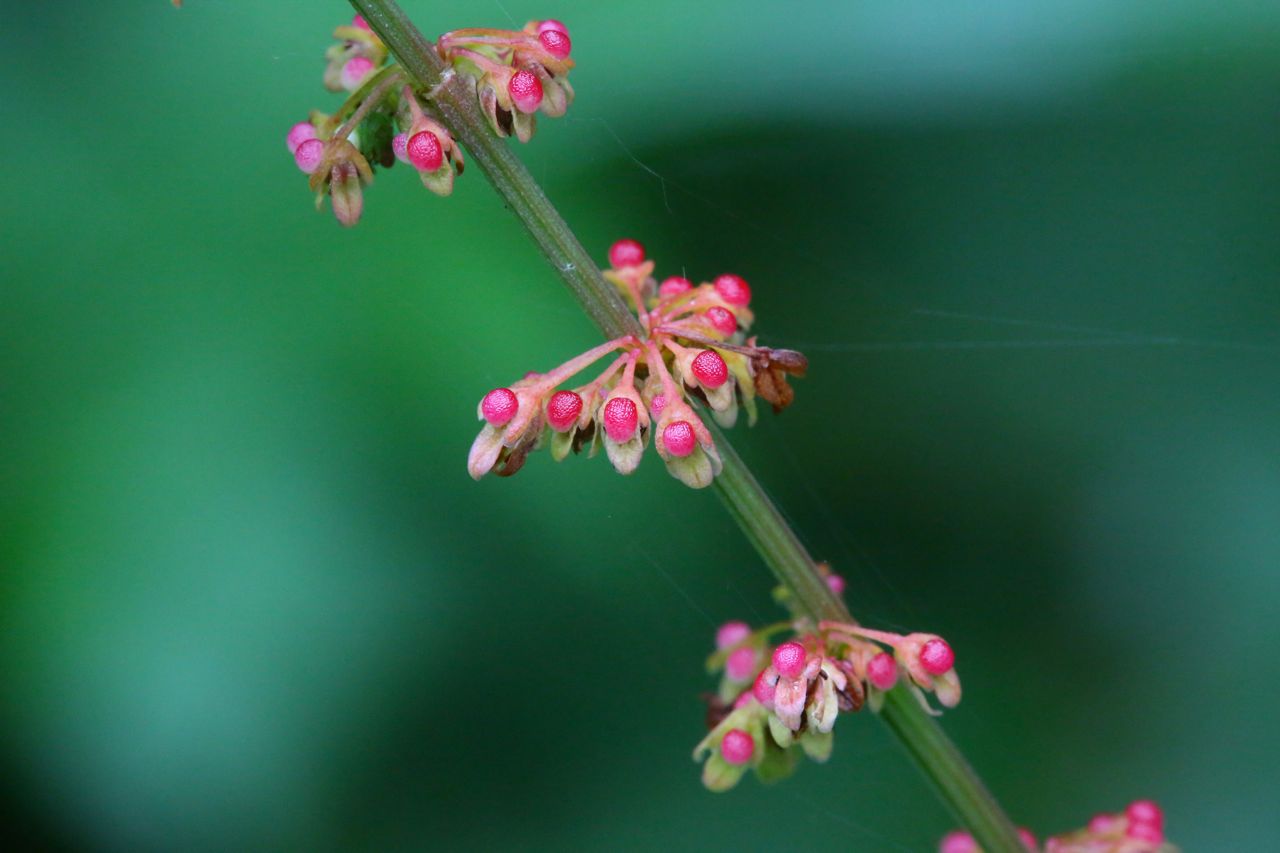 I have no idea what this is. It grows on long stalks and appears quite weed-like. 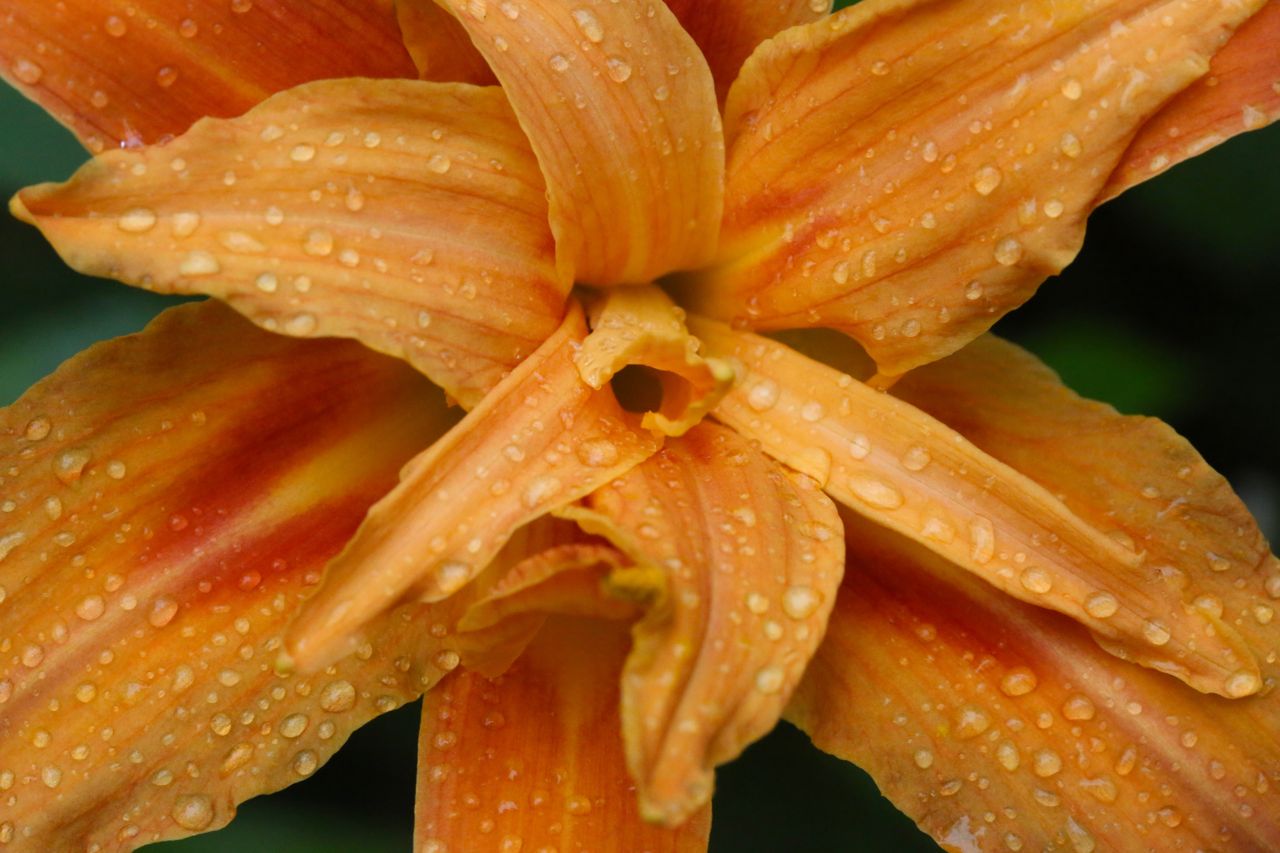 This is a day lily -- or, I guess, a double or triple day lily. We have a small clutch of them, but they're a bit choked out by the other vegetation. 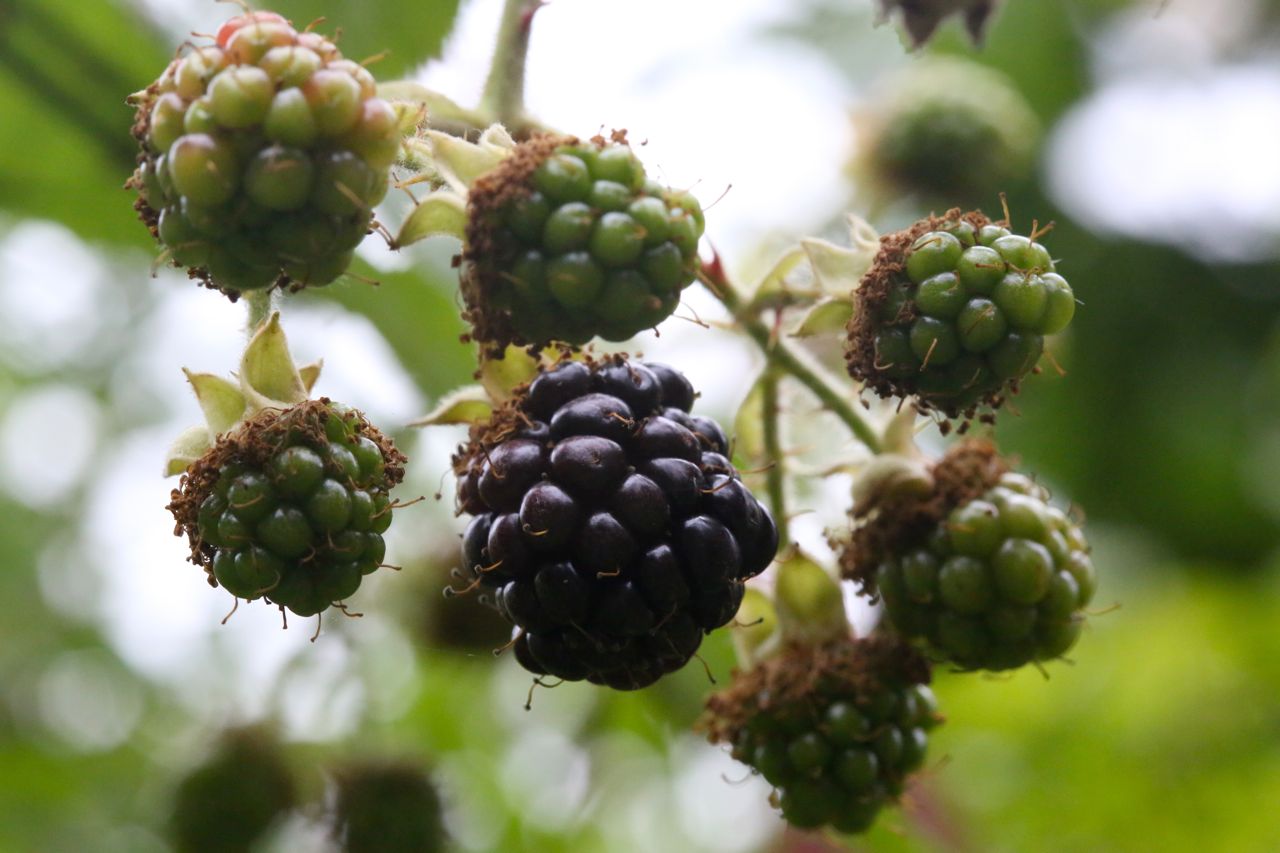 Blackberries! Again, we have lots of them. Probably too many, but they'll be great on cereal a little later in the summer! 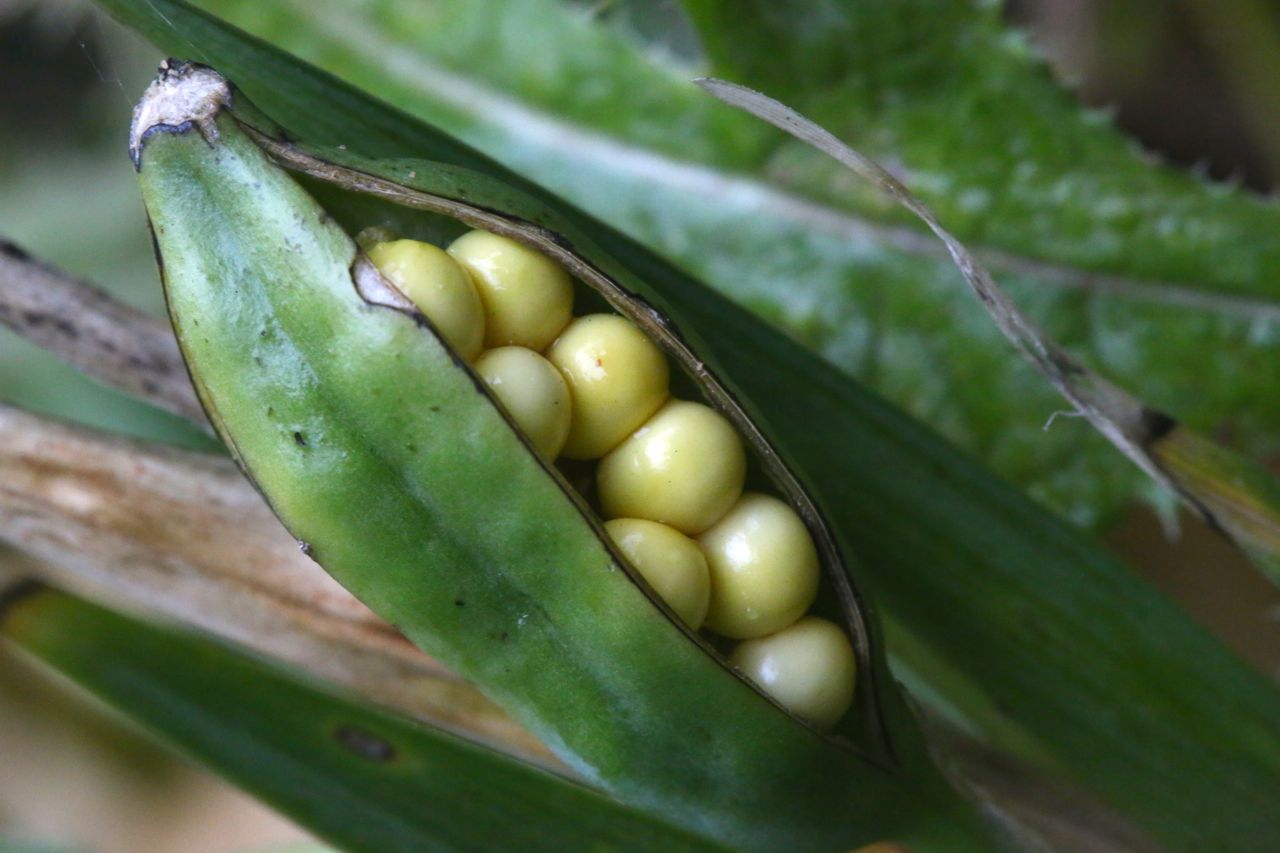 This scary-looking thing is not a Body Snatcher, as I first feared, but rather a seed pod from an iris. We have tons of iris right around the patio. They appear to be done blooming for the year and now we have lots and lots of seeds bursting forth. More iris next year, I suppose!
Posted by Steve Reed at 6:29 AM