Well, That Was Awkward 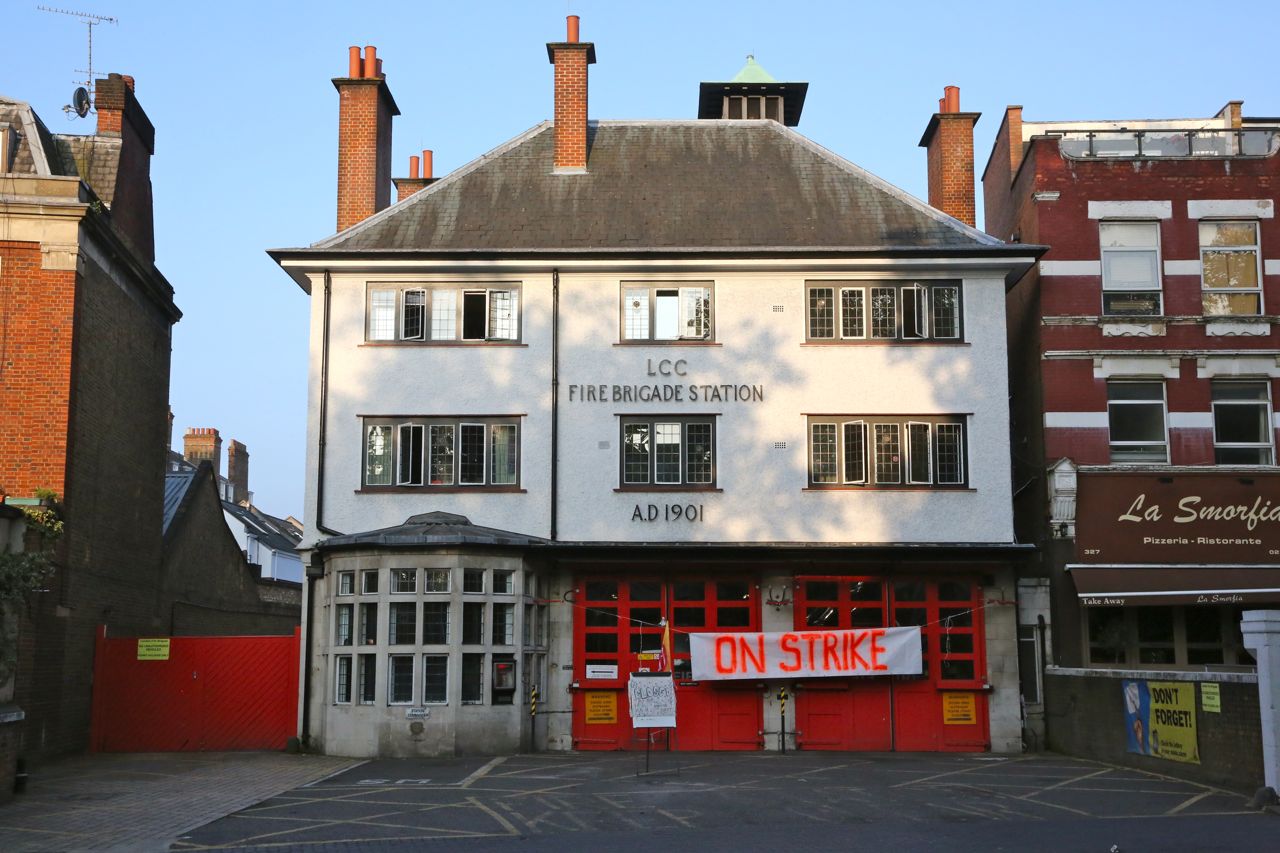 This was the scene at the local fire station when I took Olga for her morning walk several days ago. The sign on the easel out front reads "Closed due to pension theft!" Kind of disconcerting, eh? Supposedly during such strikes firefighters will still respond to "serious fires" in homes, but not rubbish or grass fires, automated alarms and that kind of thing. Apparently this was just one in a long, long string of strikes by the London Fire Brigade to protest government plans to raise retirement age and increase firefighters' pension contributions.

I've been working on photographing my local streets for the Bleeding London project. I was out this morning with Olga in one area and we went yesterday to another neighborhood nearby. She's become so used to me taking pictures while we walk that she'll just stand next to me while I fiddle with the camera. I can drop her leash and she won't go anywhere. She's very patient. 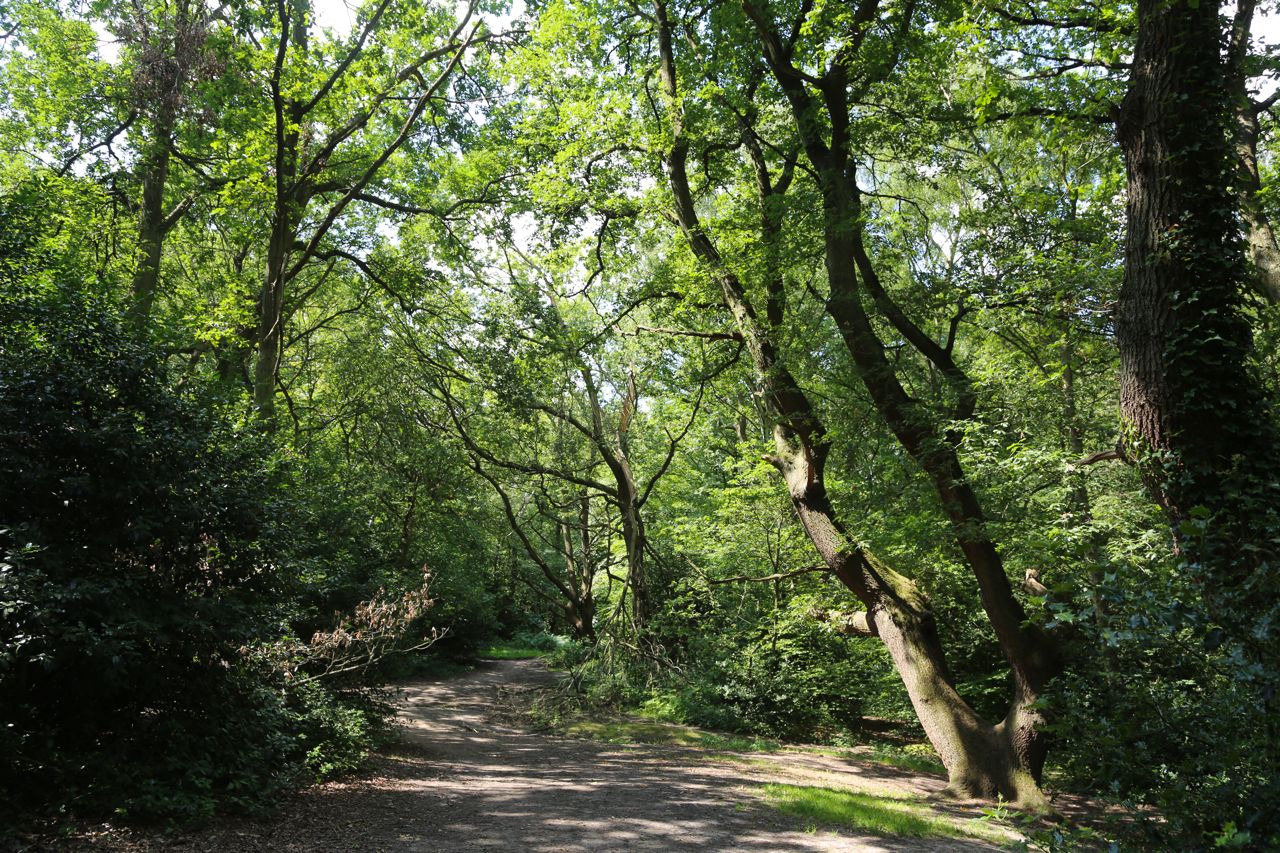 Yesterday we went to the West Heath, a part of Hampstead Heath that I had not visited before. It's very woodsy and I could not help but notice that there were lots of single men wandering around. Sure enough, turns out it's a very popular spot for gay cruising. Not being on the market myself, I wasn't all that interested, but it's funny that Olga and I stumbled into the middle of the action. Maybe we'll just stick to the main parts of the Heath from now on! 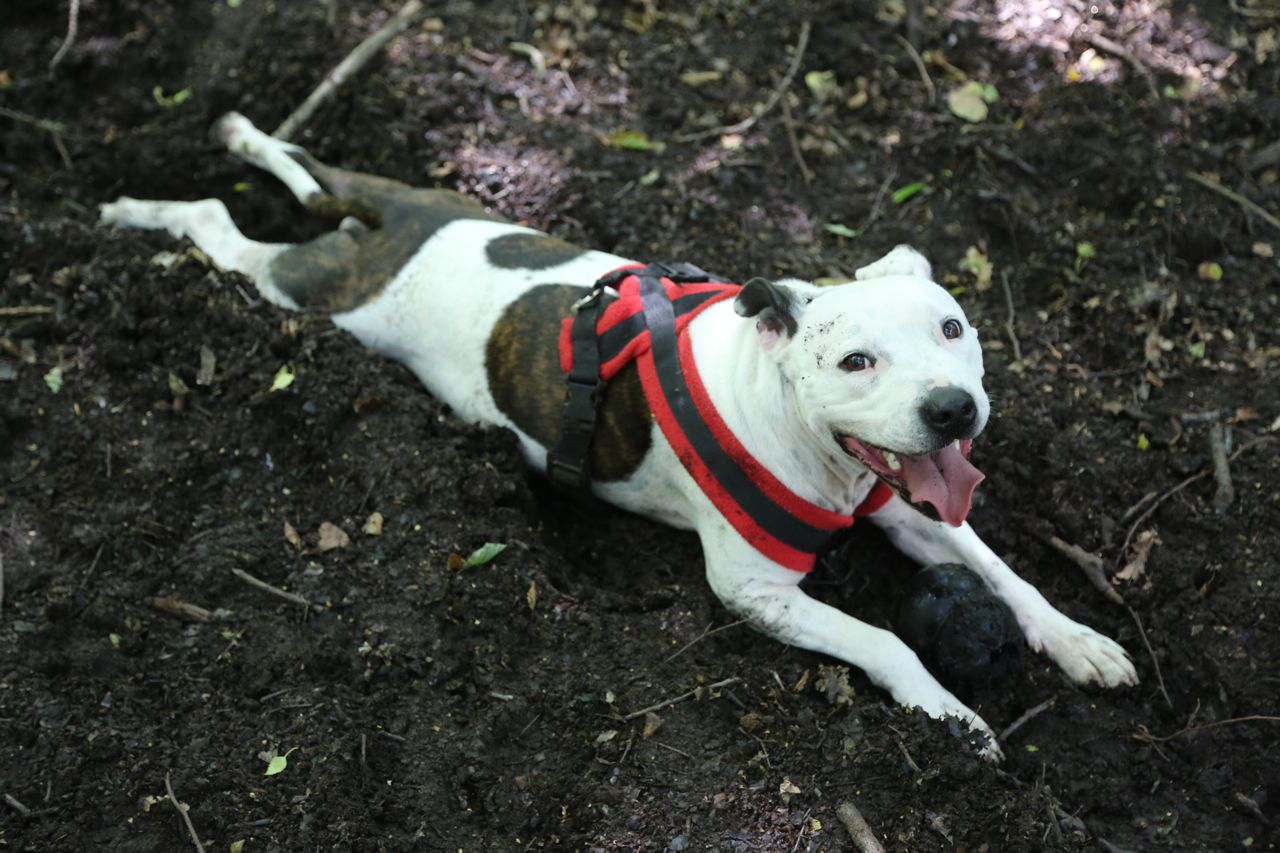 Of course, Olga was oblivious to all that. There was mud, which made her happy. (Not me, so much.)

The neighborhood around the West Heath tends to be very upscale, at least where we walked. I found the home of Aldous Huxley and his clan, and took some pictures here and there, but overall I find that wealthy neighborhoods are much harder to photograph than more heavily trafficked commercial and middle class residential areas. I suppose it's because any distinctive or unusual features tend to be hidden behind walls and hedges.
Posted by Steve Reed at 8:00 AM