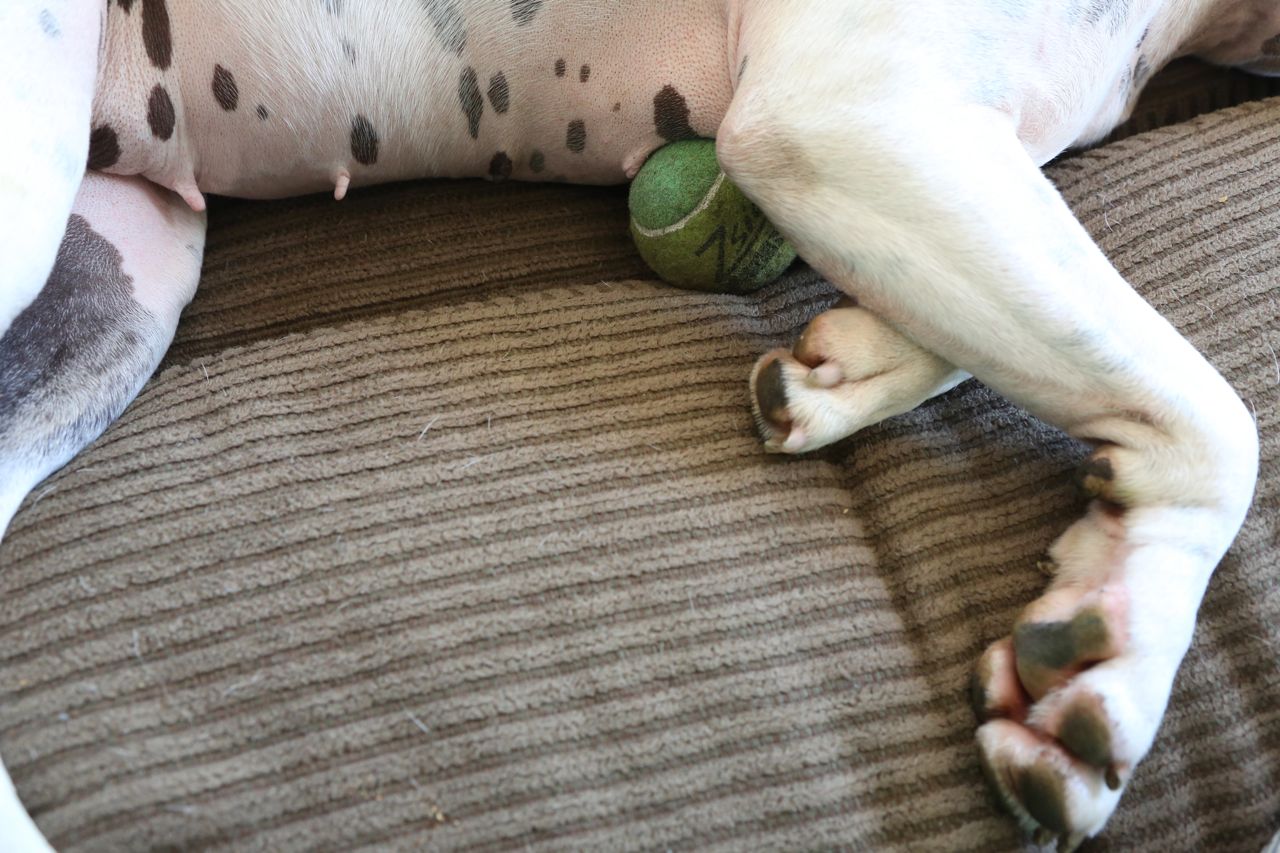 As we cleaned up the yard on Tuesday, Olga stayed outside with us, lolling on the grass and keeping an eye on things. Every once in a while she would disappear behind a bush, beneath some ivy or behind our built-in brick barbecue grill and emerge with a new toy!

The previous occupants of this flat had a dog -- and probably several earlier occupants before them. There were lots of stray balls out there.

Some were plain old tennis balls, to be carried around and protectively slept with (or on) until the time came to demolish them. 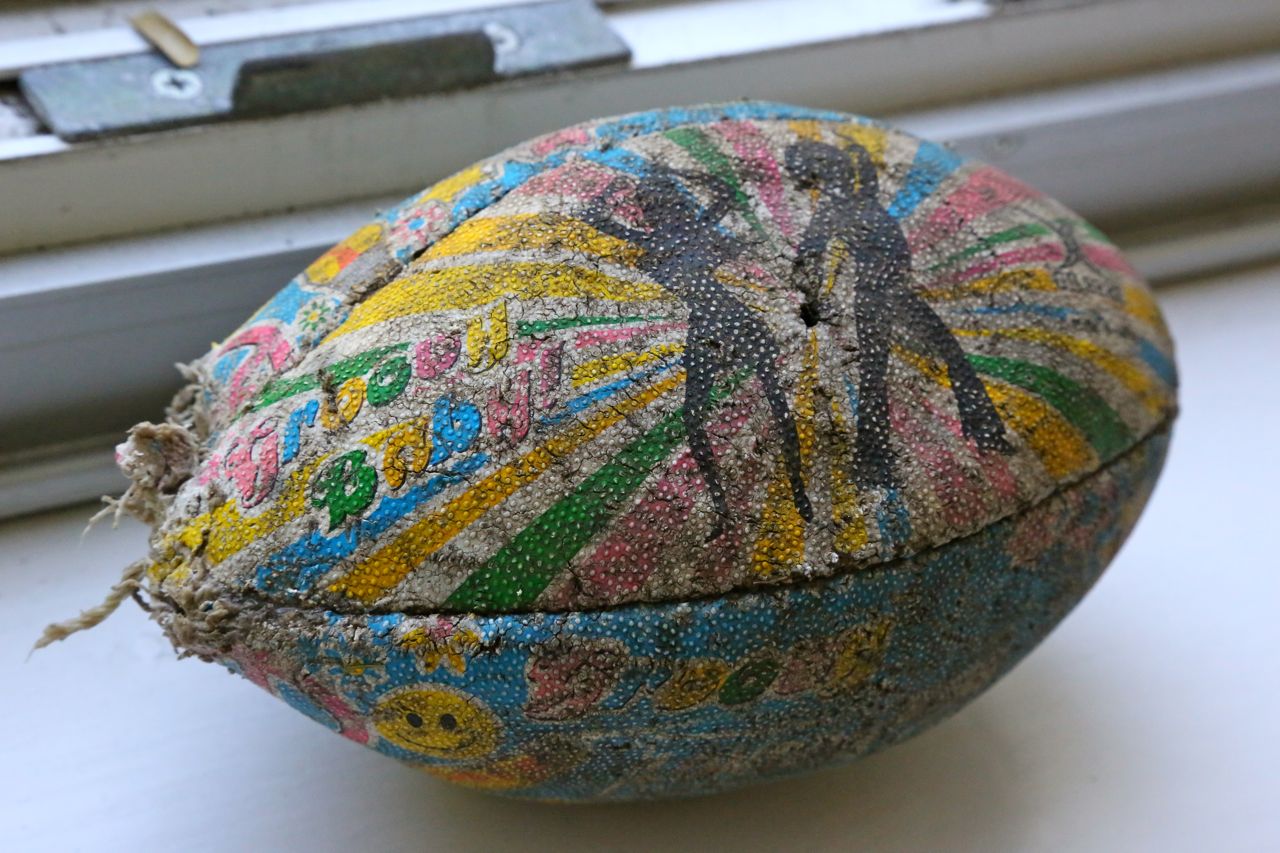 One was an especially groovy little football. In fact, as you can see, it bore the words "Groovy Baby!" next to a picture of a disco dancing couple. Olga punctured and partly shredded it before I had a chance to take a photo, so you're seeing only the damaged version. 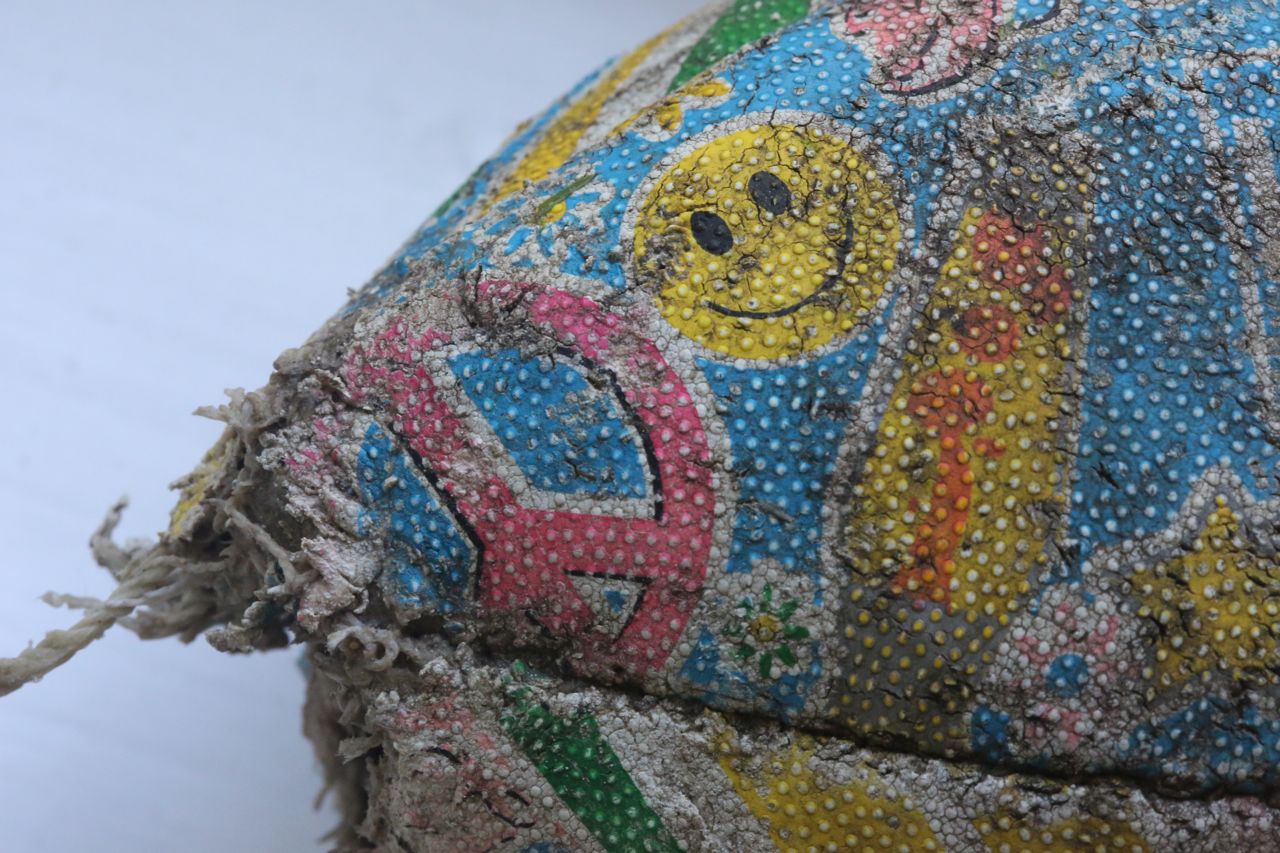 Unfortunately, this groovy little ball lasted only about half an hour before it was gnawed into enough pieces that it needed to go into the trash can. 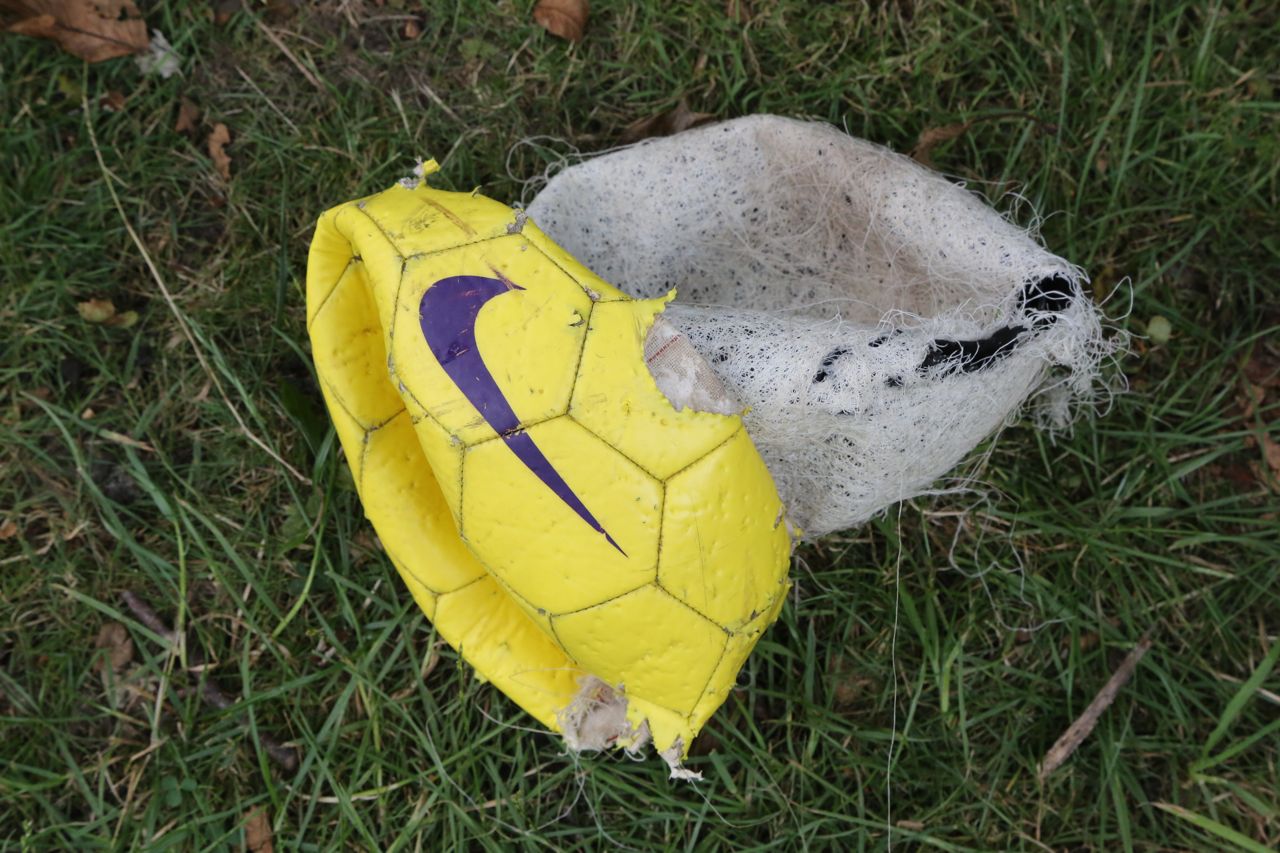 (Olga's soccer ball, on the other hand, lasted several days after she found it on our walk last week. But it finally went into the trash as well, having been pulled almost entirely inside out.) 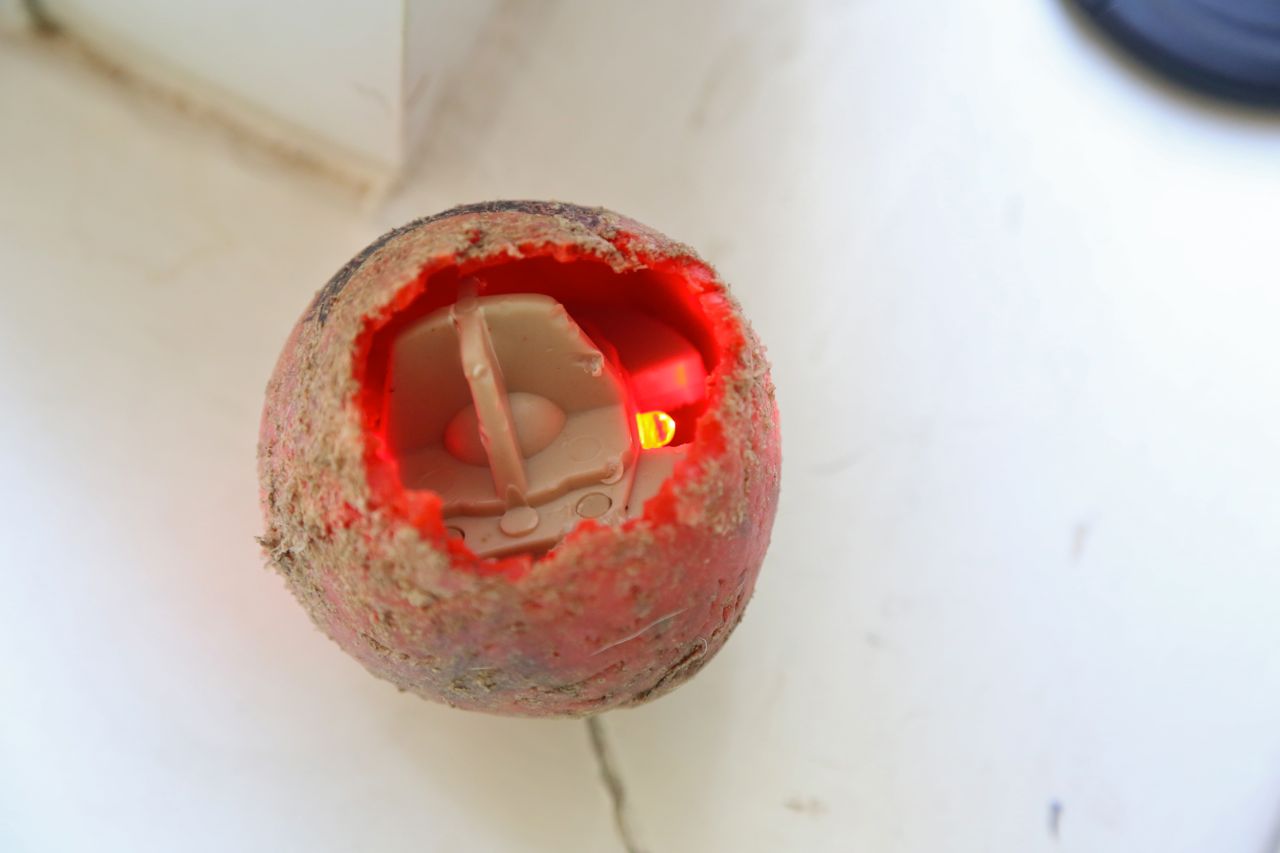 Another backyard find was a fun little hard plastic red ball that lit up, blinking, when shaken. What a great idea for throwing around at night! Unfortunately, as you can see, Olga gnawed through it as well, exposing the plastic innards and the blinking light. It went out with the trash, still visibly blinking frantically through the plastic trash bag.

We also found a solid yellow ball with a waffled surface that lasted only about 20 minutes. I didn't even have a chance to take its picture.

Olga sure had fun excavating our yard for traces of pets past!
Posted by Steve Reed at 7:20 AM