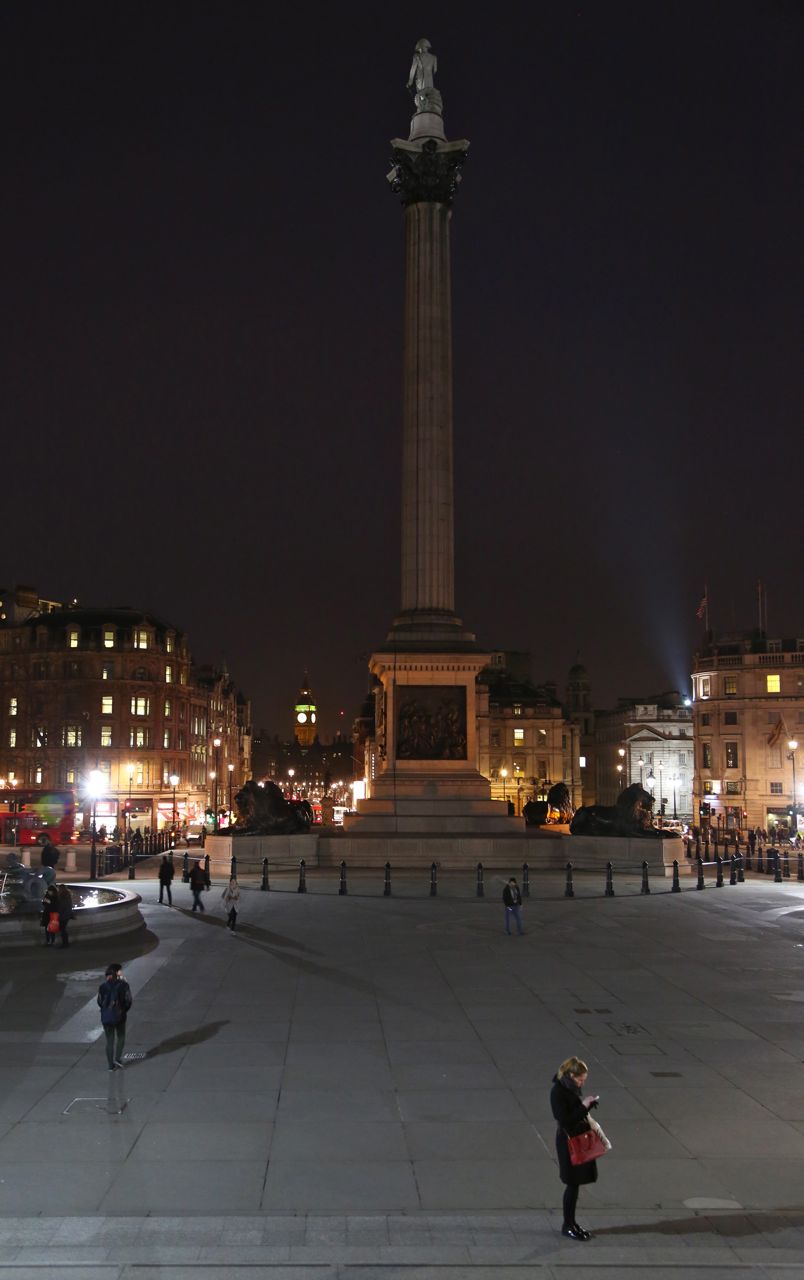 Last night was a night for staying inside. The weather was pretty clear but it was cold, at least for London. About 30º F, I think, and it felt colder.

I had a meeting with some of the Royal Photographic Society folks in Covent Garden, and I had some time to walk around a bit beforehand. The streets were fairly empty. Everyone was warming up in the nearest pub!

Poor Admiral Nelson was virtually all alone in Trafalgar Square, perched atop his column... 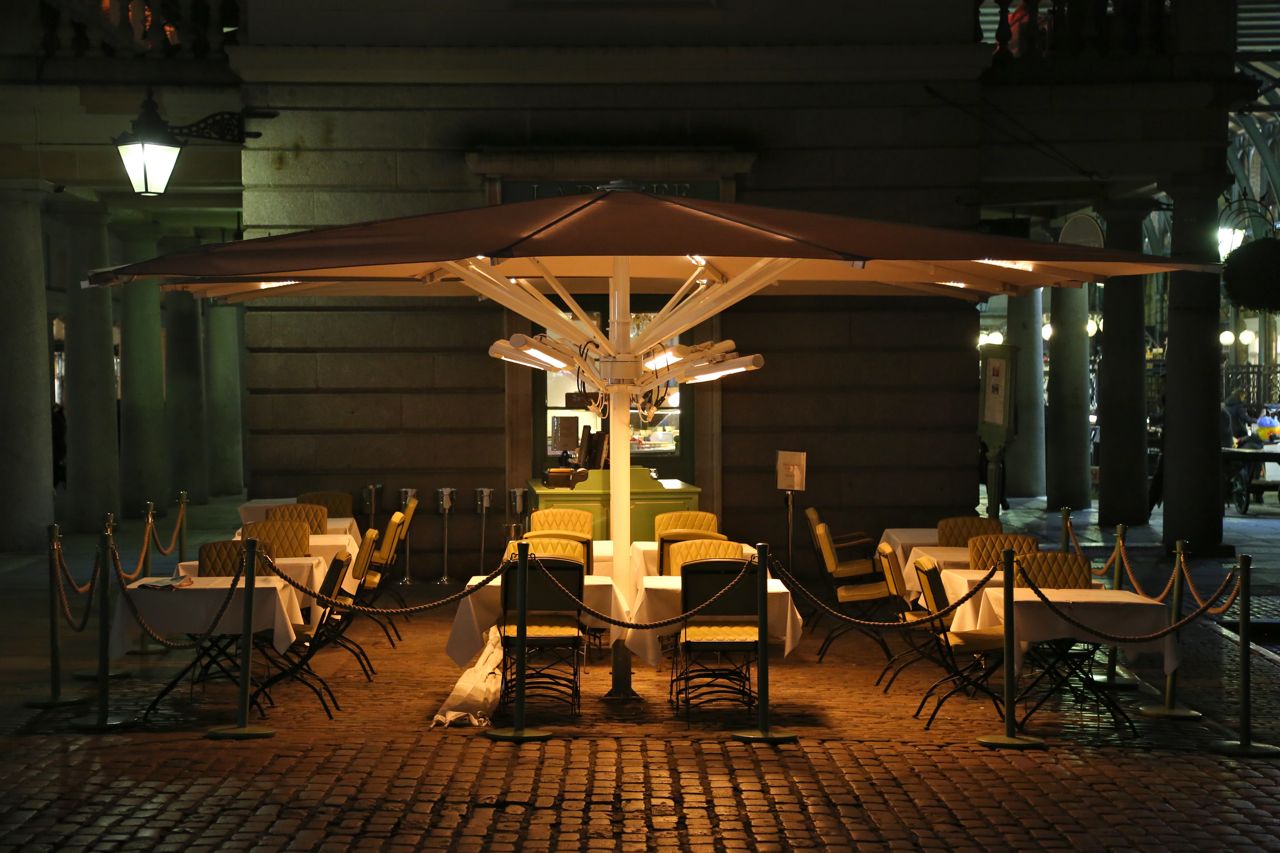 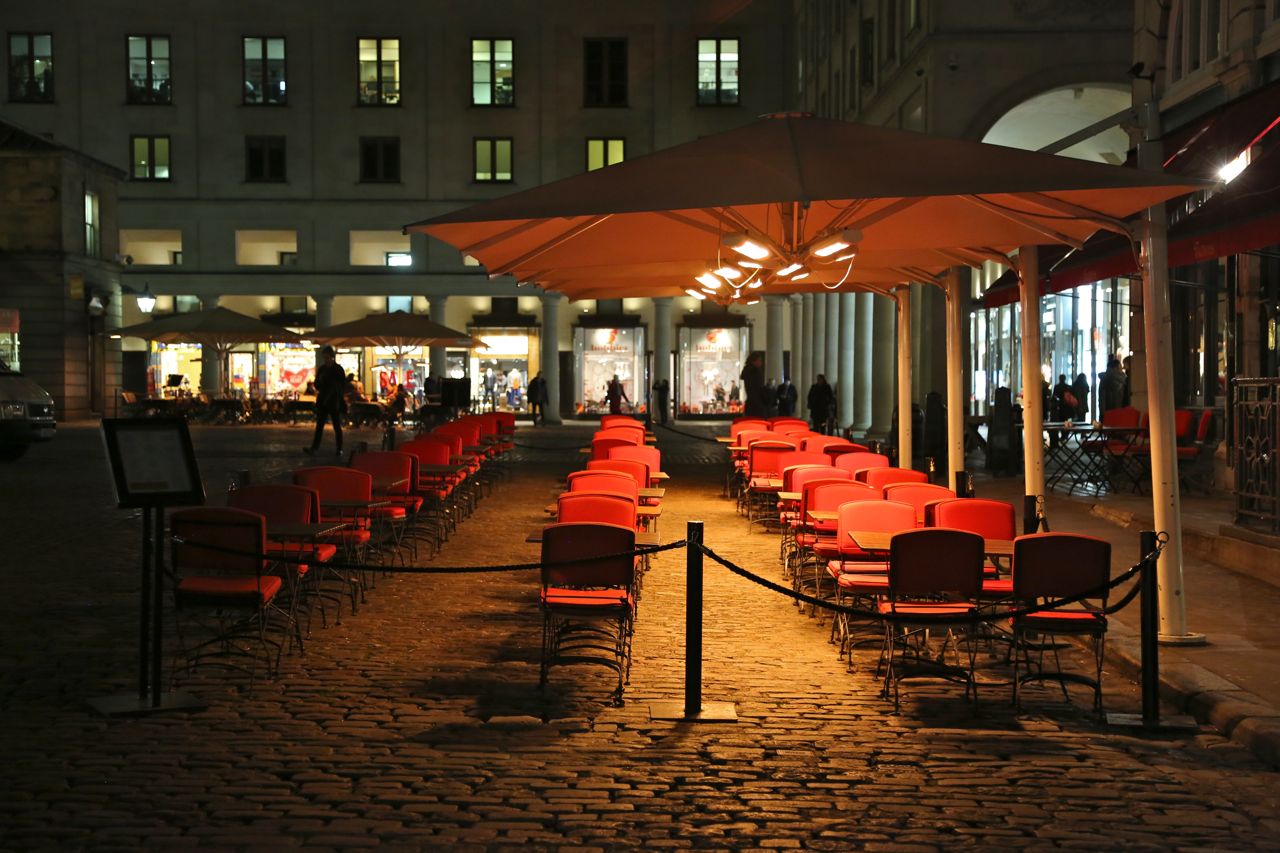 ...and the cafes in Covent Garden, where you'd be lucky to find a place to sit on many nights, were completely empty. (I was surprised they were even open, but I suppose they were meant to hint at the warmth available inside the restaurants.)

At the meeting we talked about our urban photography projects. I've chosen to photograph barber shops, something that I do along with Bleeding London when I'm out and about. A (quickly and badly written, by me) article about my photos appears in this month's London RPS newsletter.

By the time I got home last night, about 9:30 p.m., I was as cold as I have ever been in my life. It's weird, because I've been in colder temperatures elsewhere and I was wearing my coat, but I was really chilled to the bone. I ate a peanut butter sandwich for dinner and got into bed, where I finally warmed up.

And now, there's snow on the grass, which I hope to photograph as soon as it gets light outside!
Posted by Steve Reed at 6:14 AM