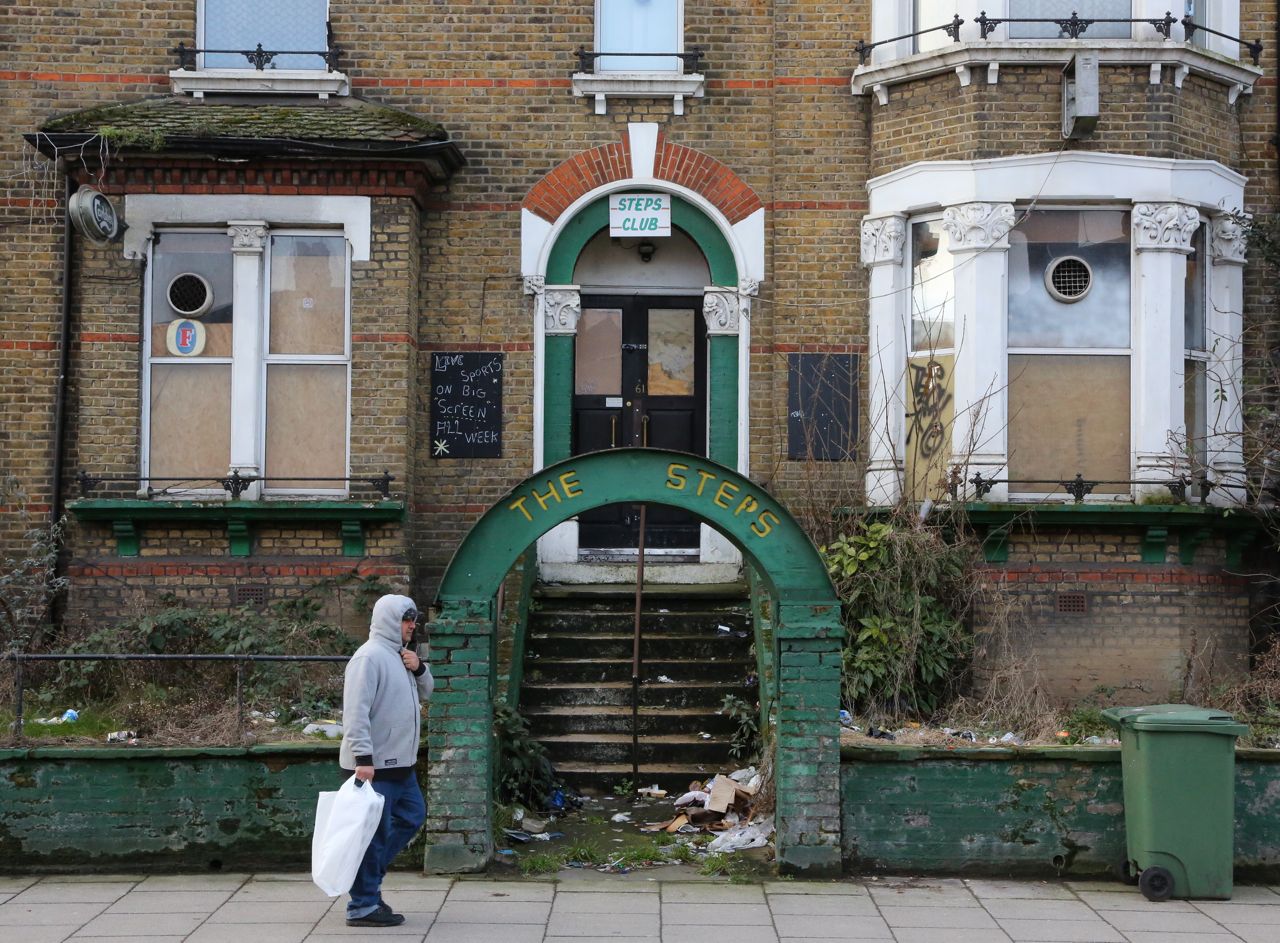 Olga is sticking to me like glue this morning. I don't know what's up. She's literally leaning against the left side of my body so firmly that I can barely type. I wonder what triggered this insecure state of mind?

Maybe it's because Dave and I went out for dinner last night and didn't get home until late. We went to a beautiful restaurant that we both really liked to celebrate the birthday of one of his coworkers. This restaurant is in an old, closed pub that I photographed not long after we moved to London because I was so taken with the building. At the time I though, "What a crime that this place is boarded up!" Well, I'm happy to report, it is now unboarded and quite swank. We all agreed we would happily go back.

I'm still reading Henry Miller as he fumes about the sorry state of America in the early 1940s. He's so strident it's almost comical. And I thought my family was cynical! Yesterday I came across this passage about Jacksonville, where my brother lives:

"Of all the little man-made parks I think the one in Jacksonville, Florida, is perhaps the meanest, drabbest, shabbiest. It belongs in a George Grosz picture. It reeks with tuberculosis, halitosis, varicose veins, paranoia, mendacity, onanism and occultism. All the misfits, the unfits, the has-beens and the would-bes of America seem to drift here eventually. It is the emotional swamp which one has to wade through in order to get to the Everglades. Fifteen years ago, when I first sat in this park, I attributed my feelings and impressions to the fact that I was down and out, that I was hungry and could find no place to sleep. On the return visit I was even more depressed. Nothing had been altered. The benches were littered as of yore with the dregs of humanity -- not the seedy sort as in London or New York, not the picturesque sort that dot the quais of Paris, but that pulpy blemished American variety that issues from the respectable middle class: clean clots of phlegm, so to speak. The kind that tries to elevate the mind even when there is no mind left. The flotsam and jetsam which drifts like sewer water in and out of Christian Science churches, Rosicrucian tabernacles, astrology parlors, free clinics, evangelist meetings, charity bureaus, employment agencies, cheap lodging houses and so on. The kind that may be reading the Bhagavad Gita on an empty stomach or doing setting up exercises in the clothes closet. The American type par excellence, ever ready to believe what is written in the newspapers, ever on the lookout for a Messiah. Not a speck of human dignity left. The white worm squirming in the vice of respectability!"

I know my brother will get a huge kick out of that. It's accompanied by a photo of Miller slouched on a Jacksonville park bench, looking thoroughly down and out under his draped coat.

I'm not sure anyone else has ever described Jacksonville with such...vehemence.

Ouch! But you've got to love a writer who uses the word "onanism," no?

For WV tonight, I had to pick out photos of pizza. Good Lord.

Well, I wonder what he'd say about the current state of things...

Not real big on understanding and compassion, was he?
Glad they unboarded that place and made such a swank restaurant.

Glad to see that sad little place has turned swank.
I was thinking as I read that passage, Henry Miller was not a happy man. No wonder he had 5 different wives.
Your photo today goes very well with that quote. ;-)

Loved this, the photo the excerpt the Pub for dinner! Miller is so passionate in his disdain, he is like a stand up comedian with an extensive vocabulary. Cheery , actually, in this grey dark non stop rain.

Not much different today, actually. We have professional football now, though. So phlegm with a big stadium?

For some reason that passage makes me think of DENNIS Miller. Wonder if they're any relation? :)