On Adventurism and Fighting 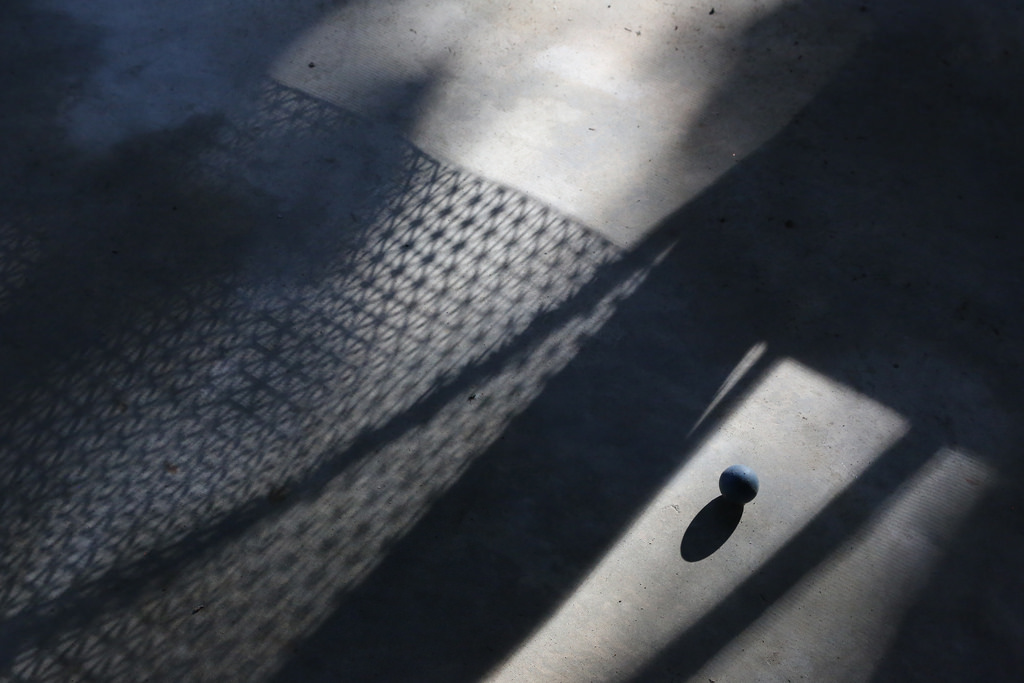 We've been trying something new at work -- extended hours in the library during the week. This means a minor adjustment in my schedule, whereby I leave work at 5:45 p.m. instead of 5:15 p.m. (I go in half an hour later in the morning to compensate.) Not a huge deal, and we're only doing it through March 10, when the sports tournaments begin.

Yesterday and today, however, we have no students because of parent/teacher conferences -- the result being that I keep normal hours. The result of that being that I got home last night while it was still daylight, which hasn't happened in ages!

I've been working on a couple of minor projects in the library, but I must admit my days are not easily filled when there are no kids borrowing materials. I found myself reading The New Yorker yesterday. Did any of you see the article about the rootless, troubled guy from the United States who went to Syria to fight against the government? He wasn't Syrian or Arab or devoutly Muslim -- he converted but wasn't particularly observant -- and he seemed to have vague ideas about what he wanted to achieve. It seemed he mostly wanted a purpose, an adventure.

It's mind-boggling, this urge to set off across the planet to join a conflict that could potentially mean death. I just don't get it -- that soldiering instinct, that passion for the fight. Remember the opening scene of "Gone With the Wind," when Scarlett O'Hara is sitting on her front porch with the Tarleton twins and they're going on and on about how eager they are to fight and whoop the Yankees? Even as a kid, I thought they were crazy. At least in their case you could argue that they didn't know what hell they were getting into. But this guy who went to Syria -- he knew. We see today's conflicts all around the world in full color and practically in real time.

It's like the first of the two Japanese guys who were taken hostage and recently killed by Isis. He was described as an "adventurer." What?!

Of course, sometimes there's mental illness that contributes to these decisions. A desire to escape from substance abuse. Or maybe they were there for other purposes, not publicly disclosed. But still -- I don't get the allure, the glamor, of fighting, particularly when the fighter has no real idealogical commitment to the cause. 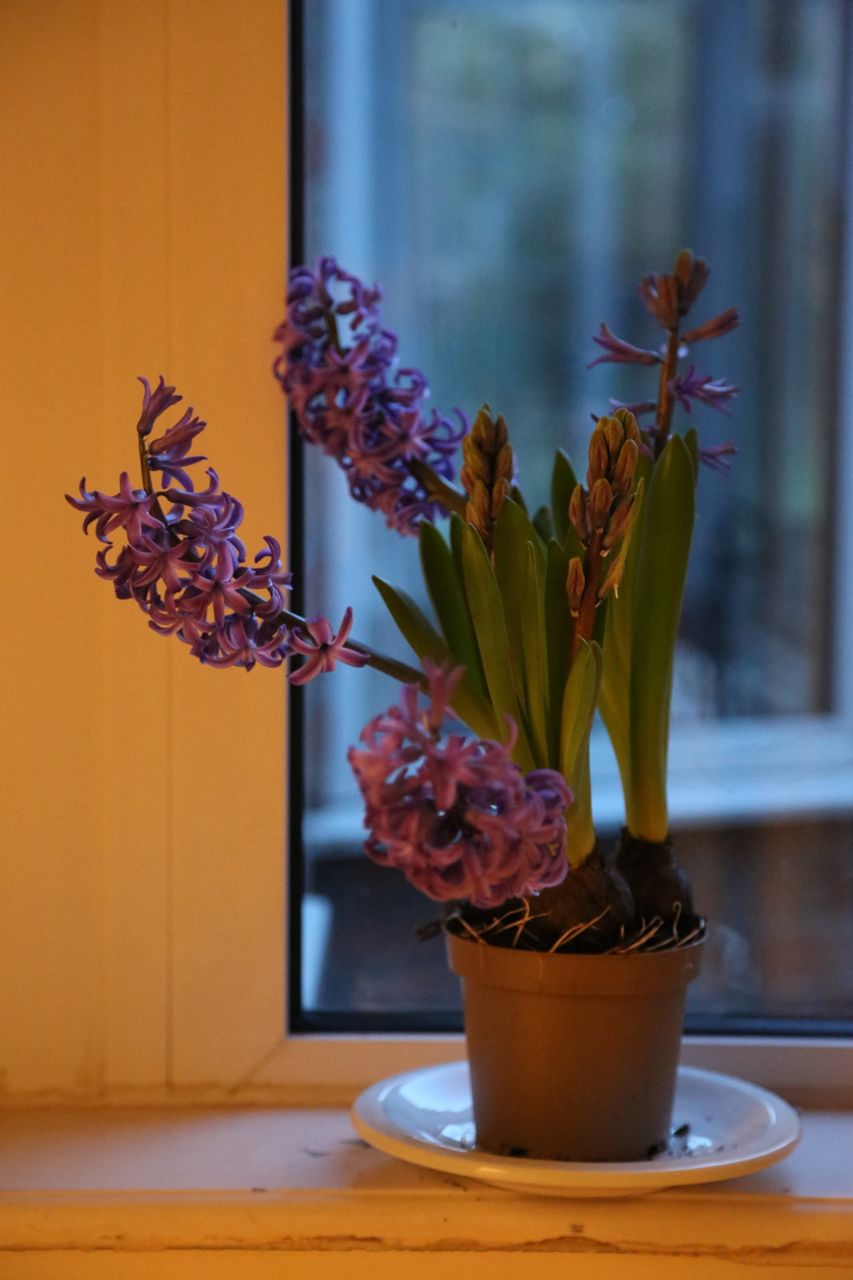 And on a somewhat related note, did you see the newest pieces by Banksy, in Gaza? I love the kitten playing with the tangled ball of rebar. 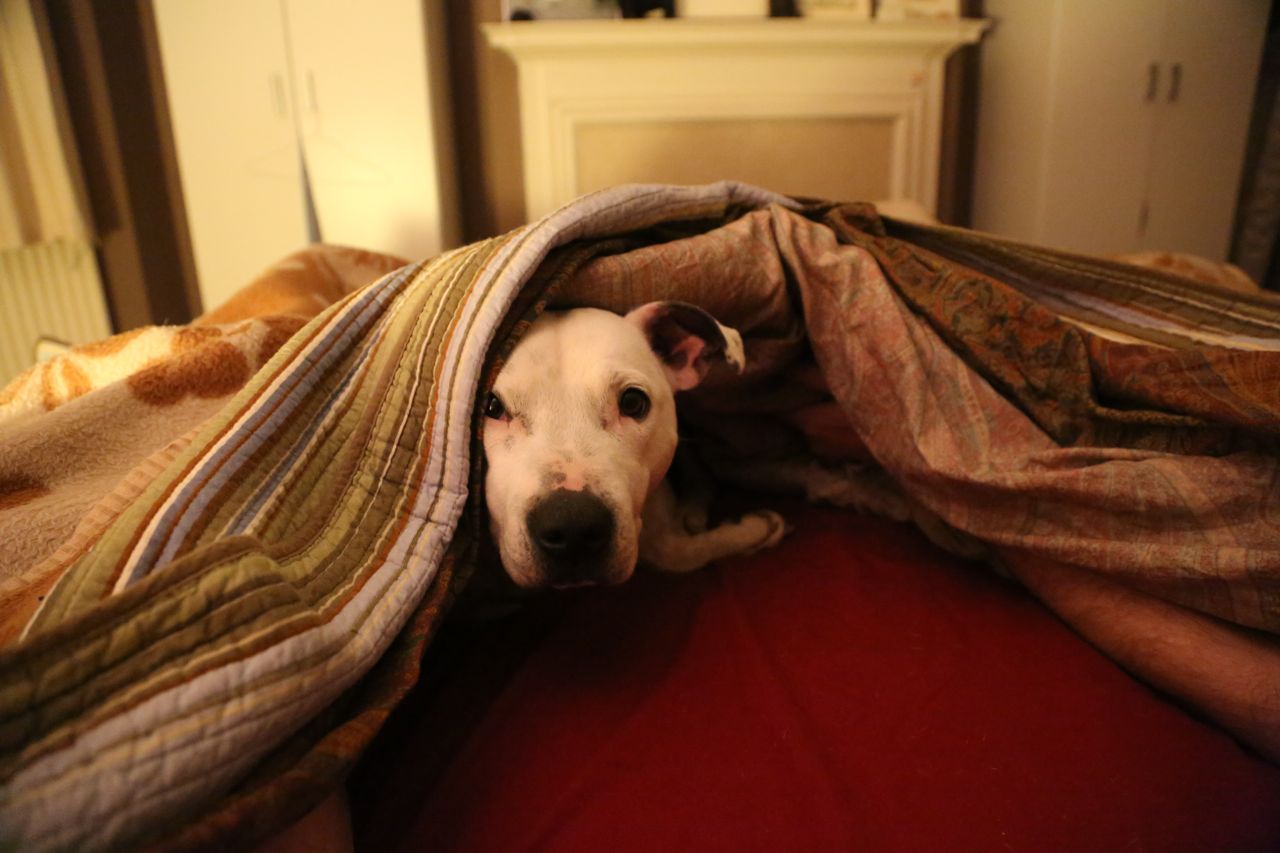 Olga doesn't understand fighting either. Apparently this week her dog-walker was jumped by a trio of guys in Hampstead Heath. He was walking several dogs at the time and wasn't carrying anything valuable, and the attackers punched him and tussled with him before running off. I don't know all the details -- Dave talked to the dog-walker, not me -- but the salient point is that the dogs, including Olga, did nothing.

It's always been my suspicion that when it came down to it, Olga wouldn't be much of a fighter.

(Photos: Top, shadows on the back porch of our family home in Florida. Middle, the hyacinth that I bought Dave for Valentine's Day, which has bloomed and saturated our flat with its sweet scent. Bottom, Olga in bed last night.)
Posted by Steve Reed at 7:39 AM

I have three words for you:
French Foreign Legion.

Some people are born to be warriors. I truly believe that. Part of our evolution.

I think it is less that people want to go someplace and fight, and more that people believe, as many young folks have always felt, that they are destined for something more that what they see as the path they are on. The man who was arrested here locally for aiding people trying to go overseas to fight, for example. He was a kiosk manager in the local shopping mall. It is easier to see how somebody would seek out a cause to embrace when their day to day consists of such a meaningless job and really no hope for something better.

I must have missed that story in the New Yorker. I can't imagine my life being so aimless that I'd feel the need to risk my life for someone else's cause.

I have been trying to understand what would entice people to go to such places and moreover what would entice someone to butcher other human beings. I've read a lot and listened to stories on NPR but, there doesn't seem to be any pattern. At first you might think it's the disenfranchised but the guy they revealed yesterday who is in the beheading videos was middle class and well educated. Then there are those two 15 year old girls...what on earth? How could any girl want to be "owned" by a group like that? I don't understand and I'm not sure I ever will.
So sorry to hear about the dog walker. That is troubling. I wonder if Olga would have reacted differently if you or Dave were attacked.

I agree with Mary that the urge to fight and to have adventure is part of human evolution: I have another word or two for you : Mercenary soldier. Your brother also makes a good point...

I don't get the fighting either. But the idea that one might yearn for a life of less tedium, more meaning, that I kind of understand.

I am surprised that a man walking a group of dogs would be mugged. I would expect the muggers to assume that they may be attacked by the dogs and to find a safer target. But maybe like the people who join wars that have nothing to do with them, they were looking for the excitement they weren't getting with soft targets.

I am QUITE content to sit at home & read murder mysteries instead of seeking adventure. And on that note, I wonder if the dog walker is involved in something sinister... :)

I get the fighting bit, but you wouldn't find me there in a million years.

Just as you wouldn't find me on the mission to Mars that has no return trip.

I get that there is a yearning going on here -- a desire for a life of meaning and consequence. But, you know, go work in the soup kitchen! Go to college! Join a refugee relief organization! There are constructive ways to build a more meaningful and consequential life.

At least the French Foreign Legion and mercenary soldiers are being PAID. This guy was doing it for nothing.

And if I'm not mistaken, the mall kiosk manager at least shared some ethnic and religious roots with those he was trying to assist. The guy in the New Yorker story shared neither. He was of European heritage and faked Lebanese ancestry in order to gain legitimacy in the eyes of other fighters.

Perhaps Ms Moon is right -- that certain people are born with a fighting gene that must be acted upon.

I think we'd all like a life of less tedium. But part of life is tedium, isn't it?

I have nothing to add to this conversation. The whole issue stumps me. I'm also stumped by people who climb glaciers, though -- "because they are there." Plus, I would actually love a little humdrum, to tell you the truth.

I love how you meandered toward the dogwalker story, though. I couldn't help but burst out laughing at the photo, too!

um, have you met any humans lately? we have been engaged in war, murder, torture, and mayhem since we first picked up a stick. it doesn't help that our culture here glorifies war and guns and blowing shit up. and the movies, fer cryin' out loud. I heard recently about some citizen christian militia that either has or is getting ready to go over and fight ISIS. Because, ya know, the NRA has convinced every gun owner that just having a gun makes them indestructible.