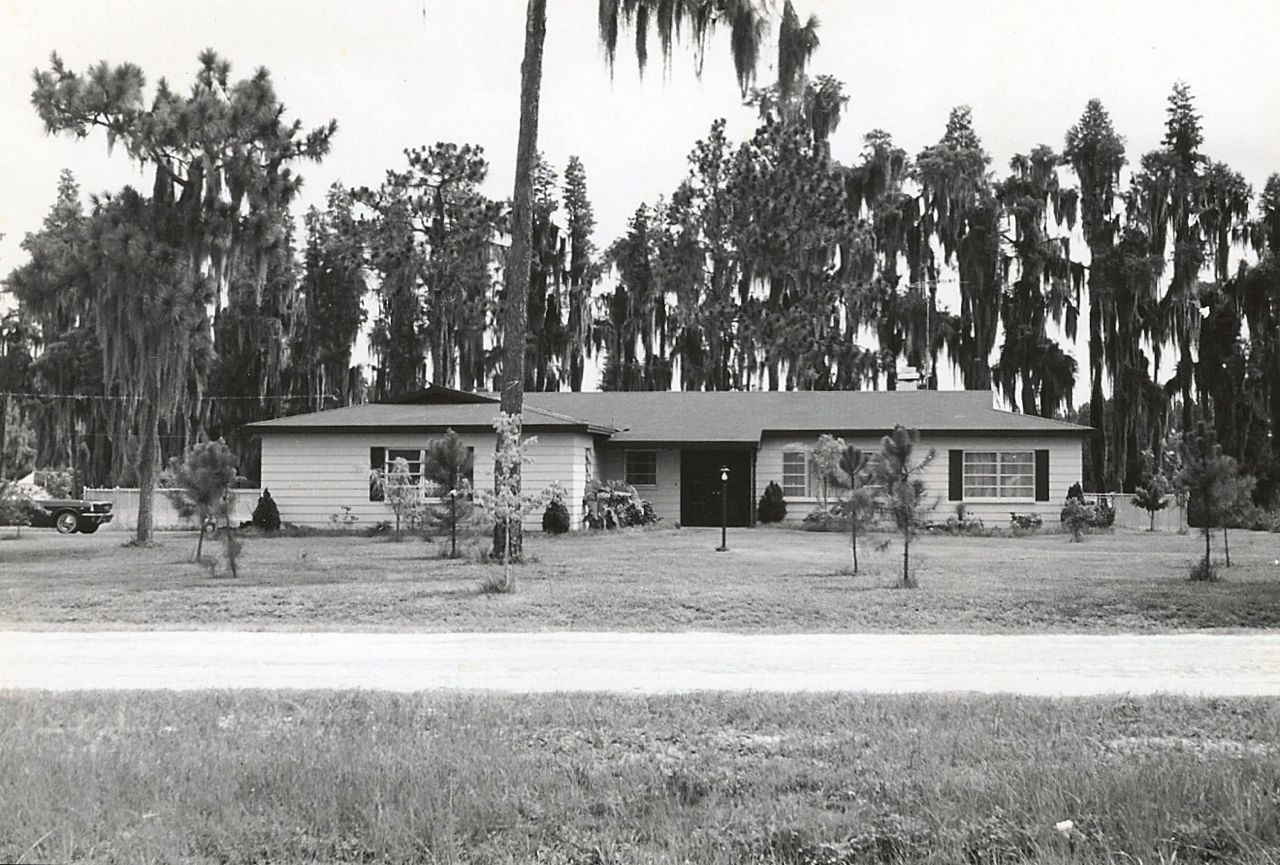 One of the most somber aspects of my recent trip to Tampa was the very real possibility that it was the last time I would stay in my childhood home.

In August 1966, just a few months before I was born, my parents moved into this house, which they'd had built in a newly platted subdivision around some lakes in Pasco County. They were practically the first people in the neighborhood, with just a handful of other houses surrounding them at the time. It was quite a drive from where they worked at the University of South Florida -- and it remained quite a drive, with steadily growing quantities of traffic clogging the country roads and highways -- for the next several decades. My mom was never entirely in love with its remoteness, though she grew to love the wildlife and birds, the lake and the mossy cypresses.

Over the years it became the focus of our family -- even after my father departed and built his own house about ten years later, I thought of it as the one constant in my world. No matter where I went or what I did, our house in Pasco County was always there, with the magnolia in the back yard and the holly out front.

My dad took the photo above in April 1968. That lamp in the front yard eventually fell down -- it rusted out at the base. 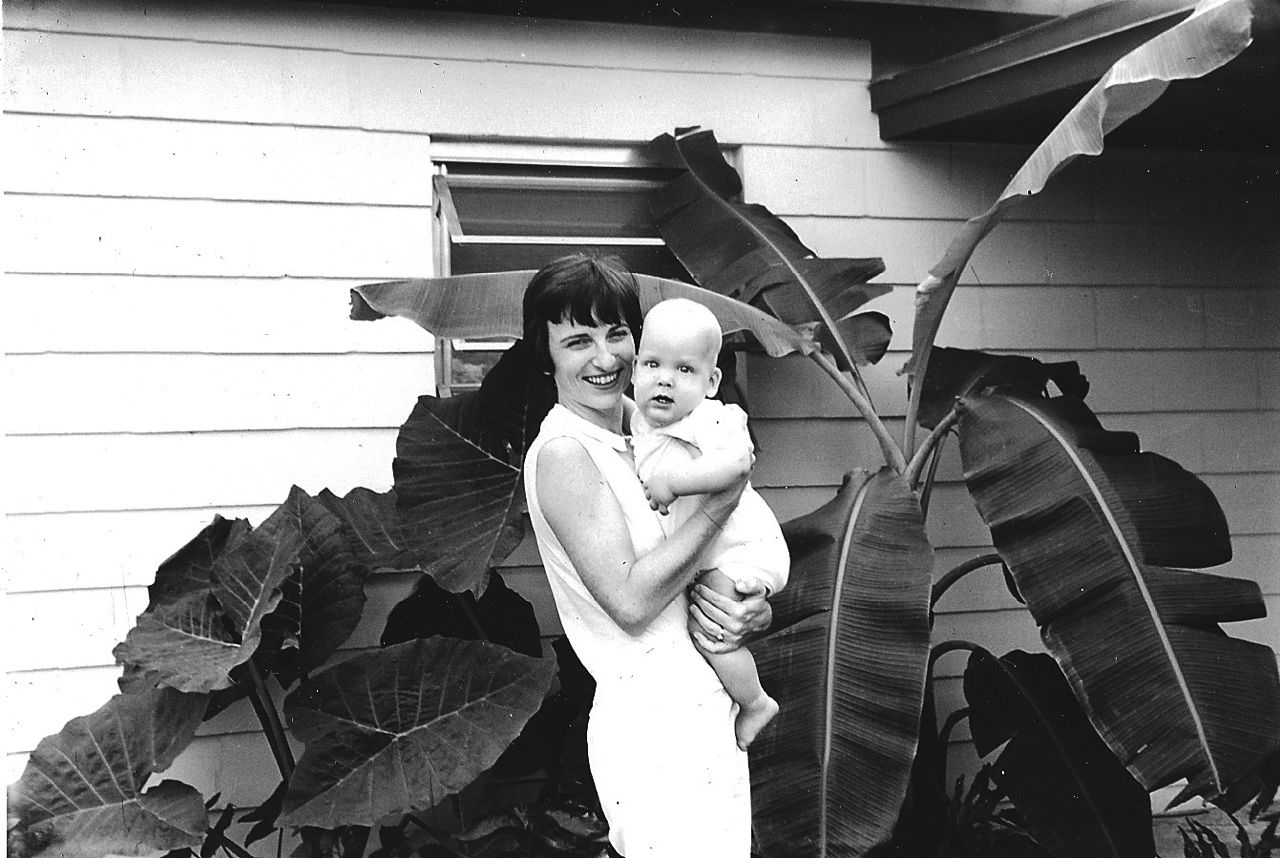 The house was the backdrop for countless family photos, like this one of me and my mom. I vaguely remember that banana tree in the front. 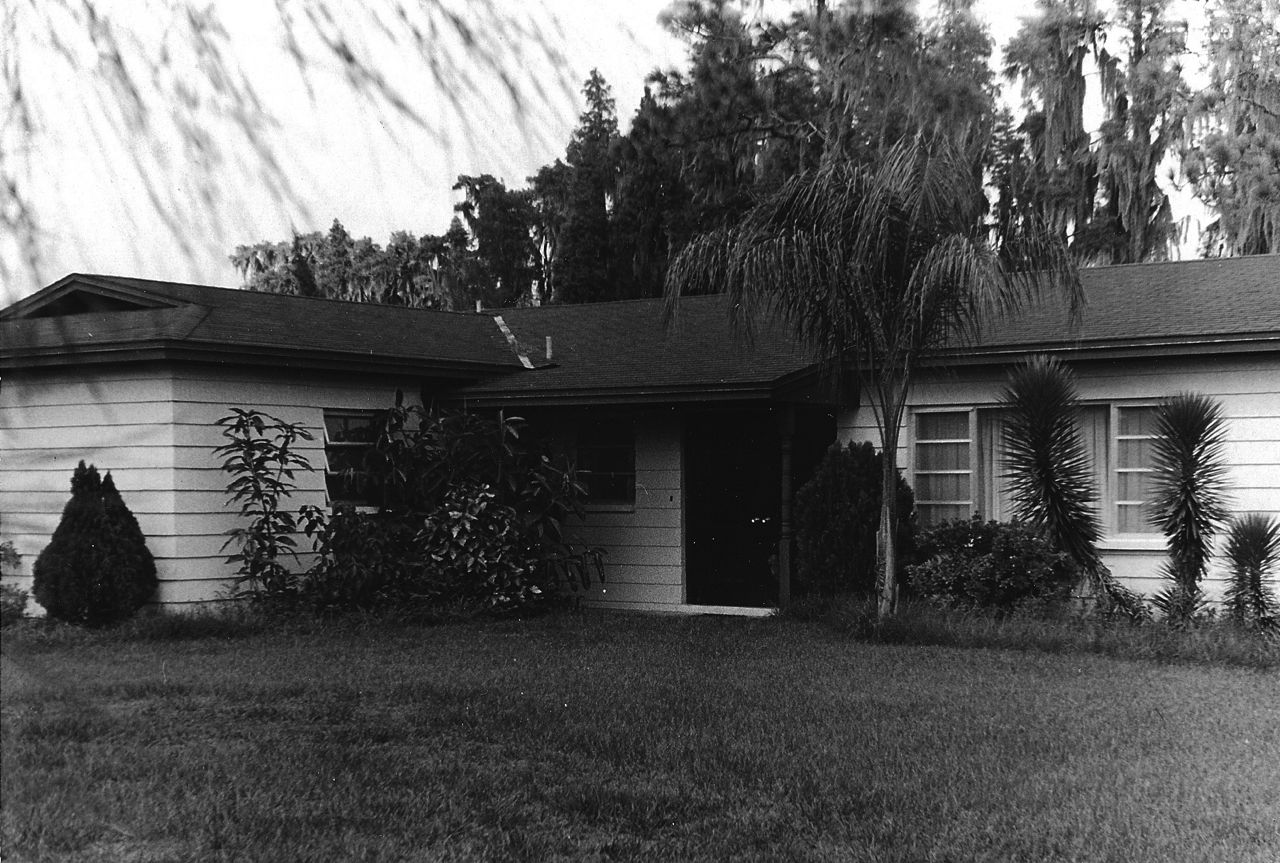 For much of my childhood, the landscaping looked like this -- junipers at the corners, a rubber tree, copper plant and mango outside the front door, a spiny yucca in front of the living room window. My mom hated that rubber tree, but I always liked it. It grew huge and gave the place an exotic air. Then it was done in by a series of freezes, along with the copper plant and the mango, and a live oak grew up in their place.

When I was in about the ninth grade, I got it into my head that we should sell the palm trees. My mom hated them, too, and I guess we'd heard that some nurserymen would pay for mature palms. I called around, but no one wanted them. They were the wrong variety and had no value. They eventually got zapped by freezes as well. 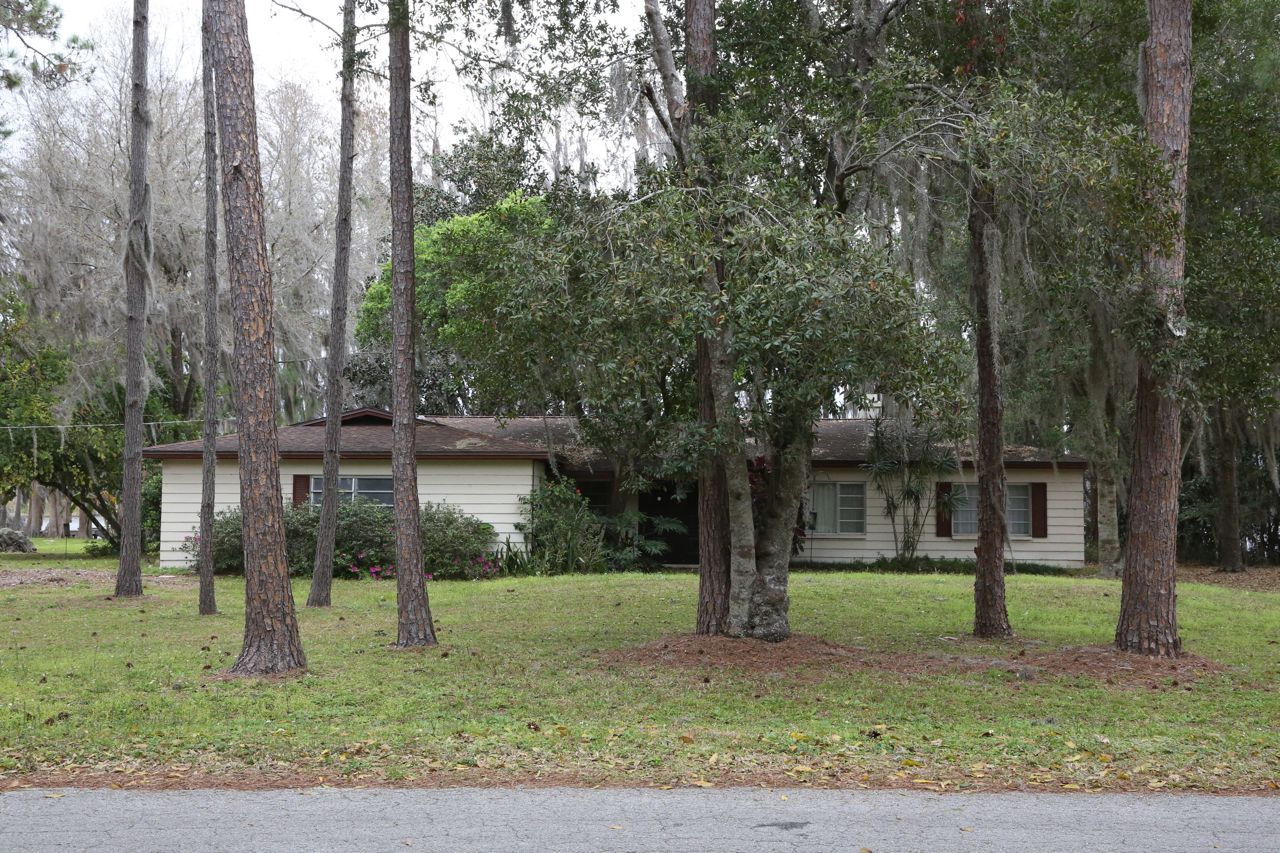 The trees got a lot bigger over the years, didn't they? And the road was paved some time in the mid-'70s.

My mom plans to put the place on the market later this spring. When it sells, she's moving to Jacksonville to be nearer my brother and his family. Who knows if that will happen before I return for another visit -- but it certainly could. It's also possible that whoever buys it will tear it down -- the lot, on a fairly large lake, is probably more valuable than the house itself, which despite some upgrades still feels very much like a product of the 1960s.

I'm not sure how I feel about that. In some ways it might be better, not having strange people living in the very rooms where we celebrated our birthdays and watched "Magnum PI" and stripped off bathing suits that were sopping wet from the lake.

No matter what, it will feel strange to lose this family focal point. And yet, I feel ready. When I left on Saturday morning it was hard to leave my mom, but not so hard to leave the house. I was sad thinking about it last night, while I was lying in bed -- but it seems time, for all of us.
Posted by Steve Reed at 6:14 AM

I still miss my grandparents' house in Tulsa (where I lived for three years and visited often before that) like a person I've lost. I can picture every room and what furniture sat where and even the sounds of it. It's stayed with me longer than any of the other many places I've lived.
It helps that I never saw it after my grandfather died and it was sold to someone else. I can pretend that it - and he - are still there.

Yes. Hard. I can only imagine and in its way, it was surely a beautiful house and it and the yard held you and your family as you grew up.
Things change, don't they? Sometimes slowly, sometimes all at once.
I am glad you've made peace with that particular past.

Are you trying to make me cry in my office?

As I read your post today, I tried to remember if I felt the same way about my childhood home in Quincy Illinois and I can't recall that I did. I'm sure I must have at the time. Every now and then I'll have a dream that weaves in that house and the town. I moved to Arizona when I was 20 so I've lived here longer than I lived there now. That seems odd to me.
I loved these photos of your home. You had such beautiful surroundings growing up. A lot more of nature was available to you than was to me in the confines of a city neighborhood.

I have so many fond and fun memories of being with you in and around this house.

I love that you shared the old and new photos of the house. I'm so struck by how tall and rooted the trees in the front yard grew and how much they reflect the passage of time. It was a beautiful house to grow up in, and how wonderful to have the lake right there. I feel the melancholy in this post, but less for the physicality of the house than for the memories made there. Im sort of fascinated that both your parents were mathematicians (did I get that right?). Yet you became a writer, an artist, a photographer. I do see their influence in your strong sense of symmetry. Your father had a similar eye in those old photos of the house. Life is just endlessly interesting!

What a poignant post...I hope the transition is smooth for all of you. I had five childhood homes growing up and sometimes find myself thinking of all of them for different reasons. Give my best to your mom.

I love that picture of you and your mom.

A few years ago, my dad's family sold the family farm. It was about half a mile from my house and where my grandparents lived before they died. I felt a little melancholy about the house (they tore it down), but really it was this sign of the passage of time that made me sad.

I love the simple and beautiful way you told us this -- such melancholy and feelings that we can all relate to, I think.