Attitude from The Spaniards 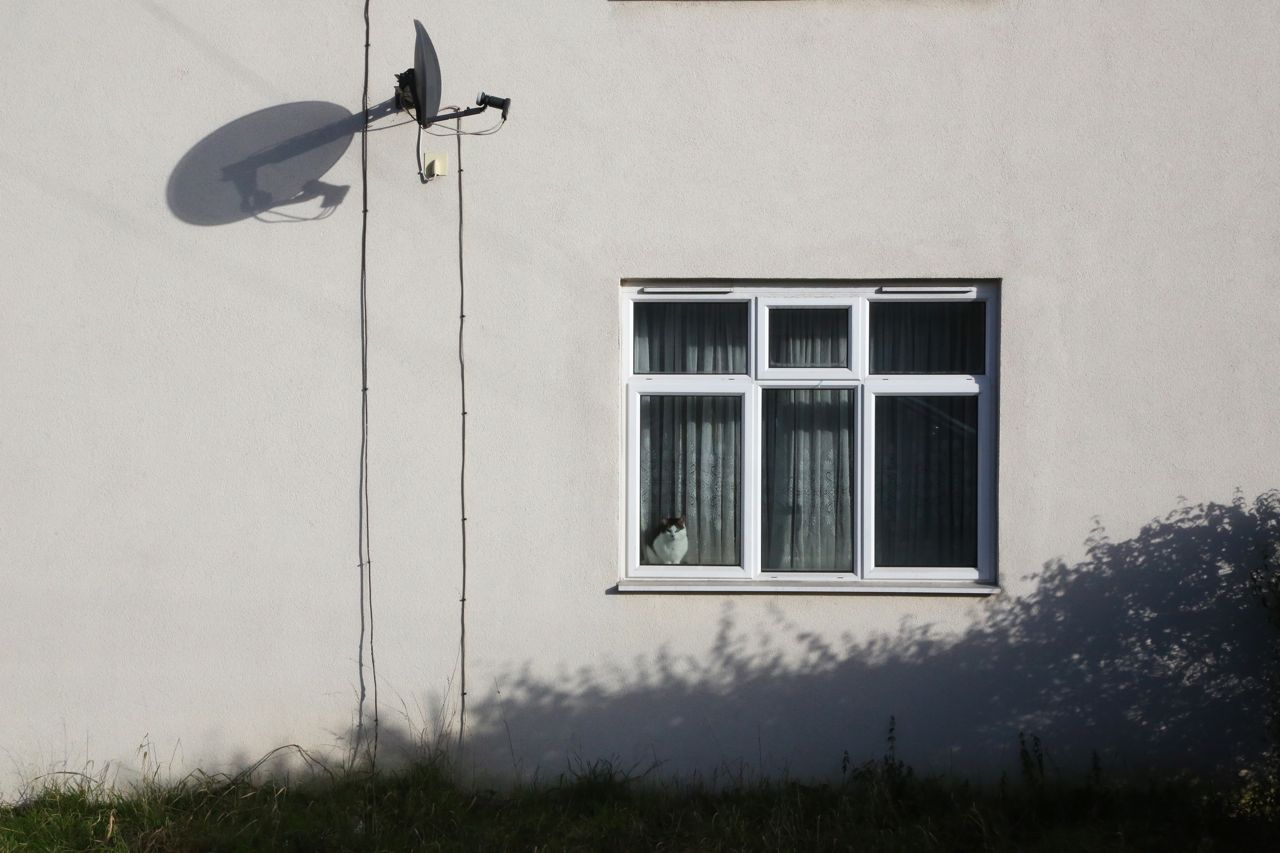 I woke up around 2:30 a.m. and when I went to get a drink of water I happened to look out the window and see falling snow! Once again, though, it doesn't seem to have stuck. Our last few snowfalls don't even really count because it's just barely been snow -- wet clumps that melt immediately upon contact with the earth.

Yesterday morning Dave, Olga and I met up with my coworker Lindsey, her husband Gavin and their dog, Nell, another staffy mix. We went for a long walk on Hampstead Heath, despite rainy/snowy weather that turned the paths into mud bogs. (You may remember we met up for a walk once before, albeit in drier weather.) I didn't even get many pictures because conditions were so gnarly.

We wound up at The Spaniards Inn, supposedly one of London's oldest pubs, mentioned by Dickens in "The Pickwick Papers." They were running a lunch special which gave us the impetus to go, but in the end we ordered off the menu. I've always wanted to try The Spaniards but I must say Dave and I were a bit disappointed. We were in a rather stark room, they wouldn't give us the table we'd tried to reserve, and although we'd told them we'd have our dogs, the guy who seated us gave us attitude when we brought in Nell and Olga. Nell wound up waiting in the car, which apparently she doesn't mind. We put Olga under the table on her towel after the same guy asked me not to keep her next to the table on the floor. (Too many people trying to pass by, he said.) Little did he know keeping her on the floor at all was a minor triumph -- normally, in a pub, she's in my lap!

All in all we found the food unremarkable and I initially felt so unwelcome that I considered leaving. I think if Lindsey and Gavin hadn't been there I'd have done that. Things got better, though -- once the dog was under the table, service proceeded smoothly, and it is an interesting pub. It's so old that it predates the width of the modern road, which narrows considerably where it passes the corner of the building. 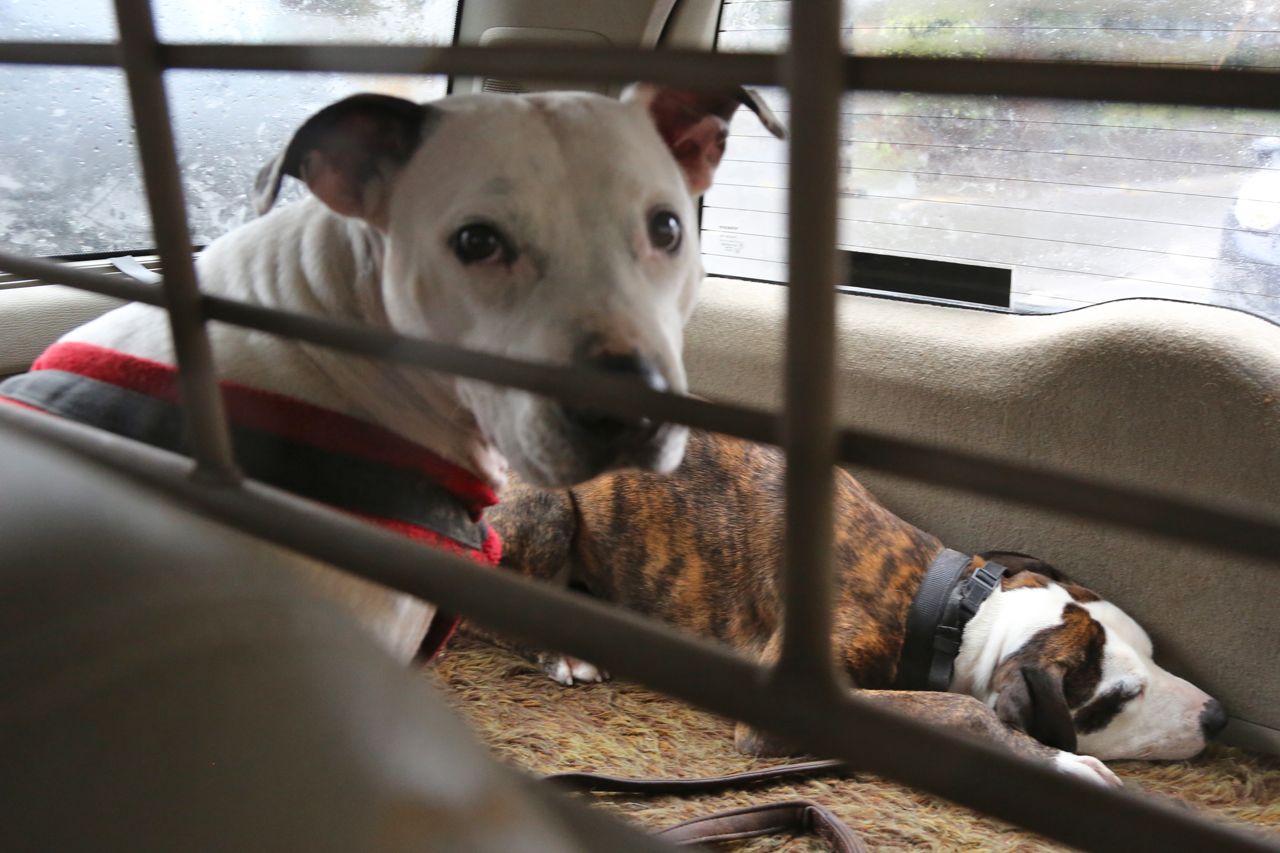 On the way home, Olga and Nell rode in the back of Gavin and Lindsey's car. Nell was clearly relaxed, but Olga wanted to sit with me and Dave.

Back home again, I spent the afternoon reading and last night we watched a double feature of "E.T." and "Close Encounters," two irresistably crowd-pleasing movies, at least in our household.

(Top: Yet another Bleeding London cat photo!)
Posted by Steve Reed at 6:46 AM

I'm surprised they allow dogs in at all, but yah, if they do, why the attitude?

Dogs in ancient pubs! YES! I love it!

Olga looks a little put out that she has to sit in the "dog area" of the car. :-)
Those are a couple of good movies to enjoy for the evening. I actually watched the whole series "The Assets" about the spy Aldrich Ames. I started the first episode a little before 5:00 and didn't end until after 11:00.

Sharon: I haven't heard of that series! Must keep an eye out! I feel like we often go back to the same things rather than watching something new...

Chavs sounds like an interesting read...I also liked your Tropper recommendation although that was a very unusual Shiva...I thought dogs were allowed in many public places including pubs, so don't understand the problem, unless it was that both dogs were staffies. My understanding is that staffies are popular in the UK but have the same reputation as do Pit Bulls in the US and many folks don't like them based on breed reputation, not something I necessarily agree with.

I remember thinking the last time you posted about Olga and the other staffie, that Olga rather resented the fact that you would expect her to mingle and romp with a DOG! Clearly she still does. Do you ever take her on the tube?

E: That is true. In fact, Lindsey attributed the guy's snooty attitude to the same thing. "He racially profiled our dogs," she said.

Linda Sue" We have taken her on the tube and she does well, but I always think it must be unpleasant for her, especially in crowded stations when she's down there will all those feet.