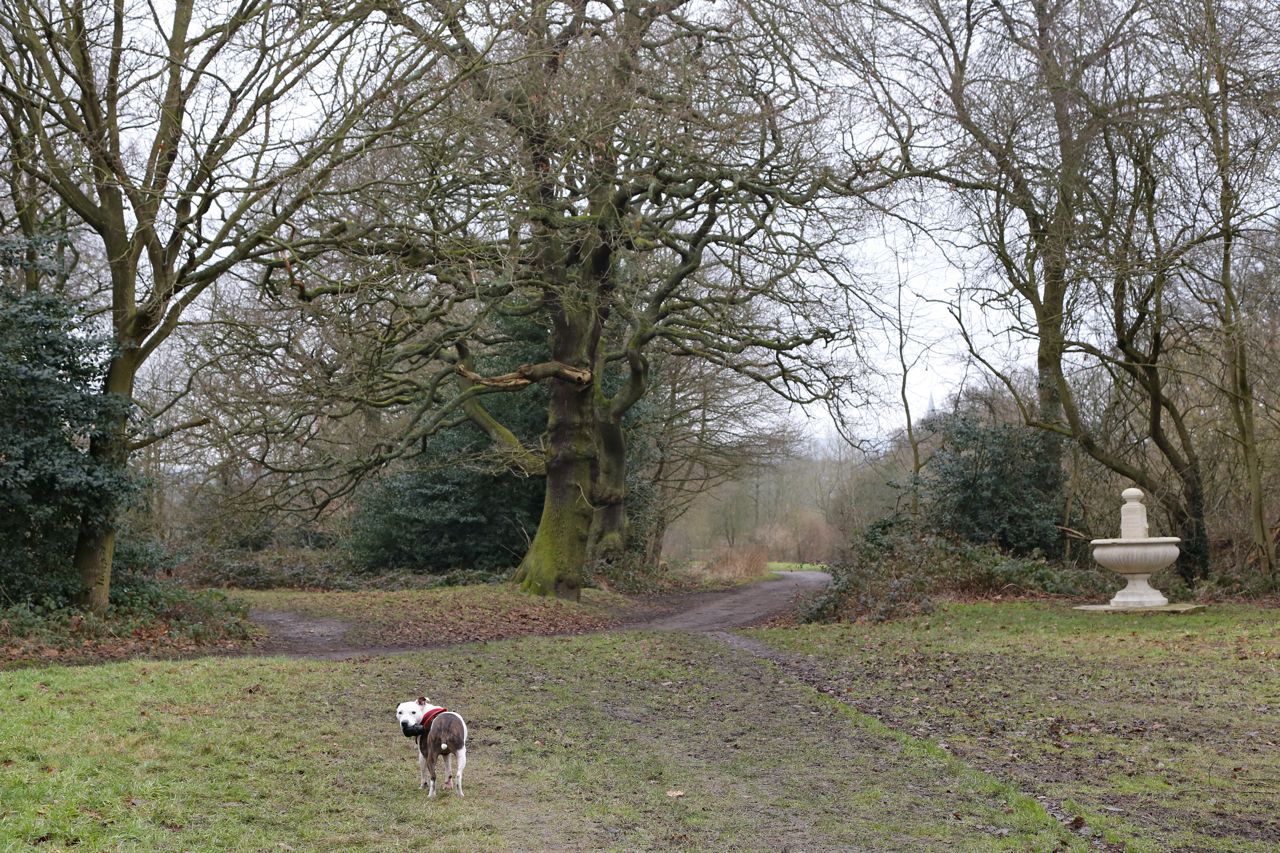 It's the weekend, which means the obligatory photo of Olga on a walk. Yesterday we went to Hampstead Heath Extension, where I'd never been before. It's a thumb-like projection of land extending northward from the West Heath and Sandy Heath. She goes there with her dog-walker, and seemed to know her way around. Doesn't she look authoritative?

That's a drinking fountain off to the right -- a memorial to someone whose name I've already forgotten. So it goes, to quote Kurt Vonnegut.

I photographed the streets around the park for Bleeding London and then we headed home -- but that short sentence summarizes a couple of hours of activity. It was quite a walk. The area is very posh, and I felt a little intimidated to be standing on tiny dead-end streets with a handful of very grand houses, holding a camera. I was sure someone would call the police or ask me what the heck I was doing. But no one did.

I have completely surrendered one pair of my shoes to muddy dog-walking. They will never be the same. 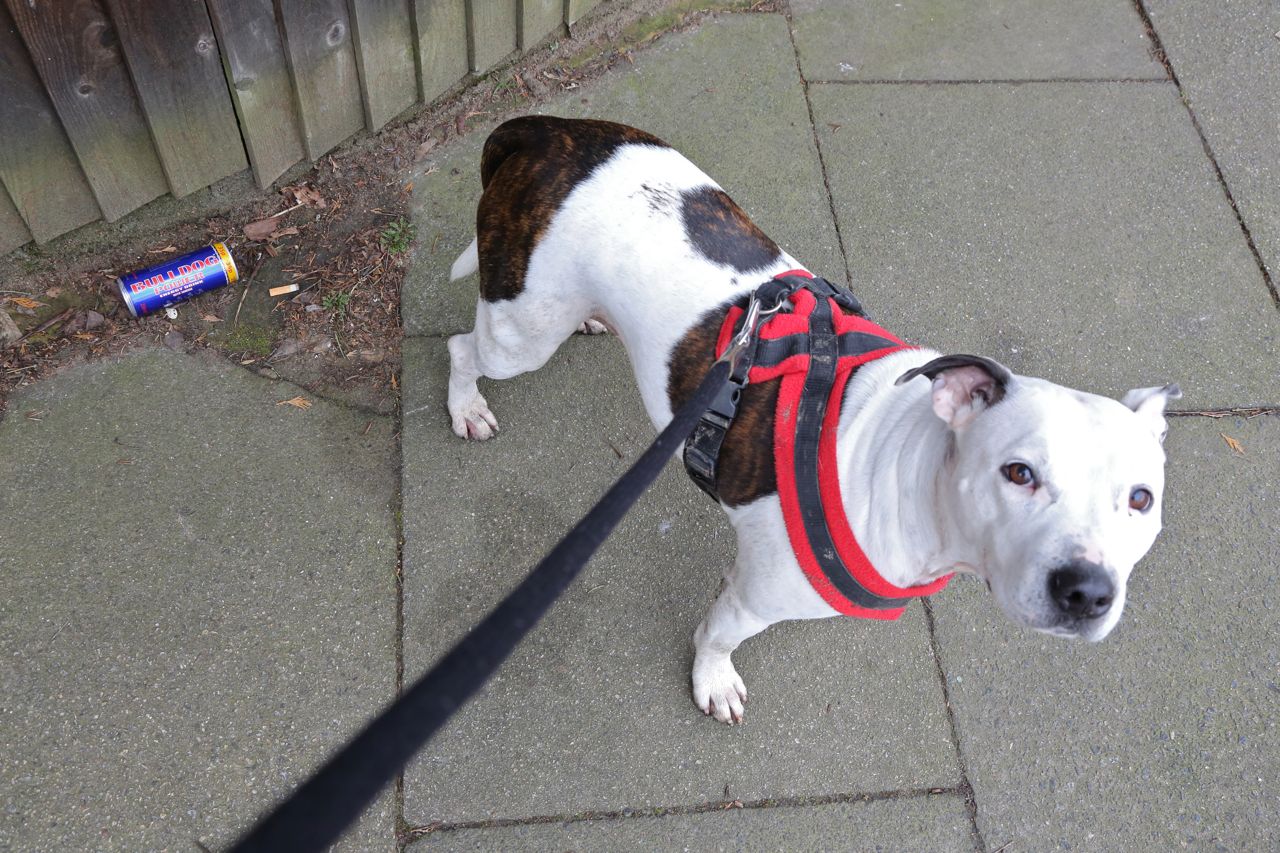 You can't really read that can, but it's an empty from a Bulldog Power energy drink. Olga seems to think she's in trouble.

Last night we had one of Dave's coworkers over for dinner, along with her boyfriend. Dave whipped up his standard four-course feast of beef short ribs and pretty much spent the entire day in the grocery store and the kitchen -- which of course he loves. I managed to get all the dishes done last night so when I woke up the kitchen was completely clean, which always makes me happy and helps me greet the day correctly!
Posted by Steve Reed at 6:57 AM