Fally-Down House, and More on Conflict 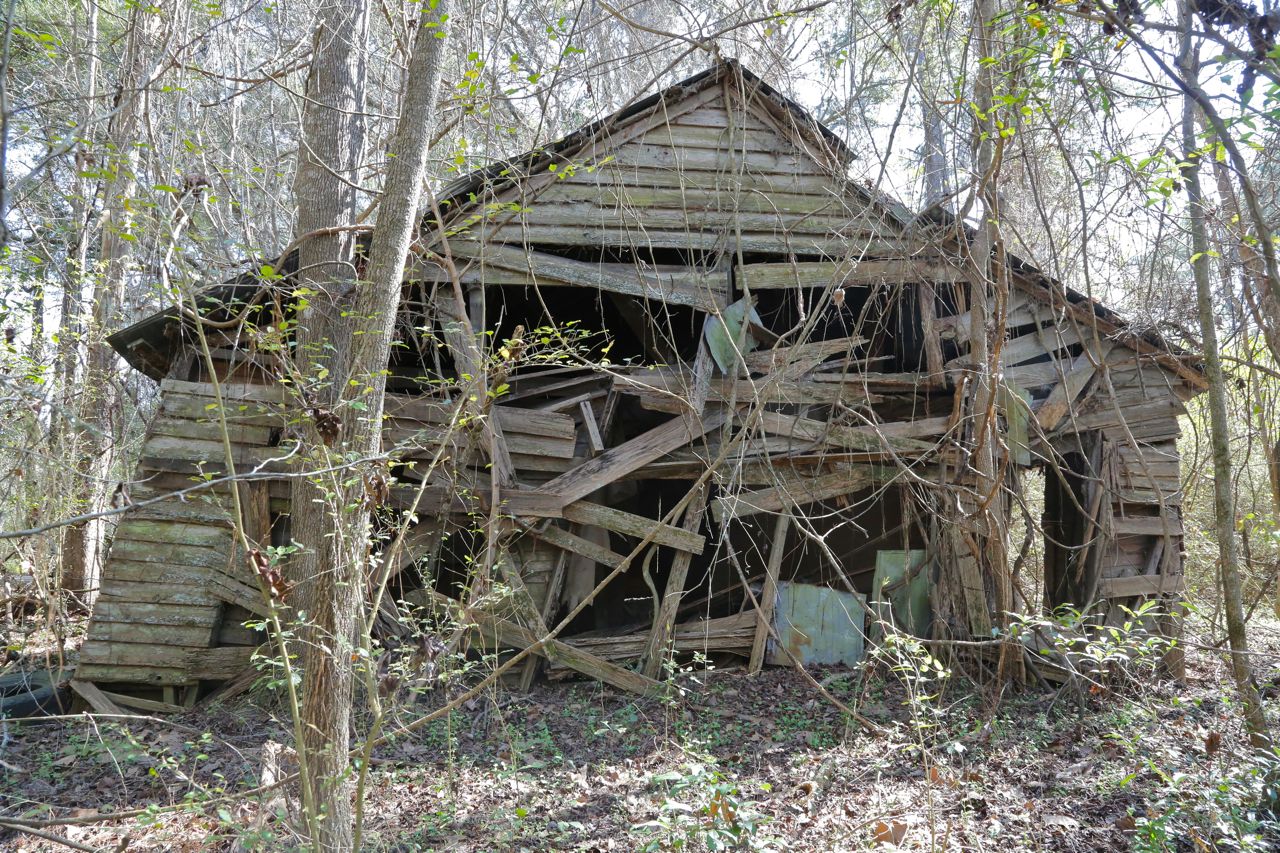 I haven't had a chance to shoot any new London photos this week, so here are two more shots from Florida -- the "fally-down house" in Lloyd, which is well and truly collapsing, and some old wallpaper that can still be found on its interior walls. 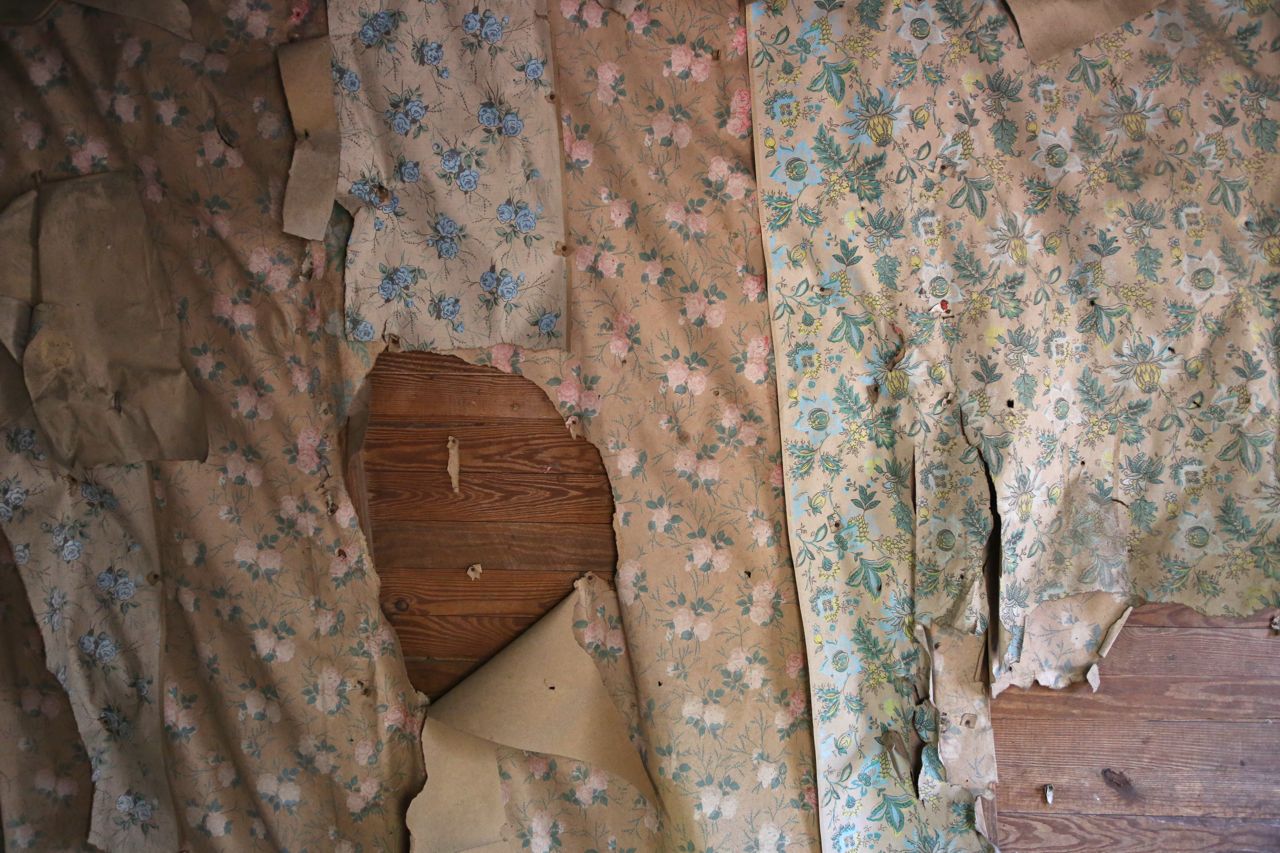 If you're interested in hearing more detail about the attack on our dog-walker, the local paper did a short article about it here. It sounds a little less serious than I initially thought -- less like a mugging than a conflict that arose partly because of a barking dog. Still, you just never know how people are going to react in any given situation, do you? I'd have called the cops, too.

(And who knew our dog walker used to walk Paul McCartney's dogs?!)

No doubt you've seen the news about the man they're calling "Jihadi John," who was recently publicly identified as a former West London schoolboy. Turns out he attended a government school not far from where I work, and he lived in a neighborhood where I have often walked.

Once again, I am mystified by the motivation some people have for joining overseas conflicts. (Although at least Jihadi John shares religious and ethnic roots with the people he has joined, unlike the guy I wrote about yesterday.) As I said in my comment on yesterday's post, I understand that they're seeking a life with more meaning -- but aren't there more constructive ways to alleviate daily tedium? When I was a bored 25-year-old I joined the Peace Corps. I don't mean to sound facile; I understand that's not a route appealing or available to everyone. But surely there are always options for enriching life in a positive way. I suppose no one was around to suggest them -- and perhaps people were around to suggest a more destructive path. It's all about direction, or lack thereof, isn't it?

Dave and I have a blissfully open weekend before us. I was originally going to meet a friend today, but she cancelled and I'm going to use the time instead to shoot some new photos (although it looks like it might rain). We might even go to a movie. I love the feeling of freedom, of promise, on the Saturday morning of a weekend with no plans!
Posted by Steve Reed at 8:05 AM

You sound happy to be home!

Raining here and what a sweetness to open you blog and see pictures from Lloyd. That fally-down house is so mysterious to me. Who lived there and who put up that wallpaper?
Paul McCartney's dogs? Oh my. Olga must be in good hands.

The level of suppressed (& not so suppressed) violence in some people is really scary to me - those people would NOT be interested in Peace Corps, sadly.

We have a fairly free weekend too (well, I have church tomorrow, but that doesn't really count - ha!). Nice!

Ms Moon: It IS mysterious! And it makes some great photos.

Bug: Well, no, I'm not seriously suggesting that Jihadi John should have joined the Peace Corps. What I'm wondering is, how do we defuse that suppressed anger and violence? How do we help turn that energy to more positive ends? Wouldn't it be great if so many of the people going to fight in Syria would instead work to help all the refugees displaced by the conflict, for example? Why do so many people choose fighting?

Wonderful possibilities for your Saturday...It is raining and nasty here...time to clear out closets!

Such great photos of Lloyd! I love the wallpaper -- I posted a photo of Gertrude Stein and Alice B. Toklas that I think Cecil Beaton called "wallpaper." Wallpaper is such an arbiter/emblem of the time it was plastered on, isn't it?

And Jihadi John -- that name. It sounds like a hurricane or something and hardly justfies the horror of his actions.

our penchant for violence is on the rise it seems. religion is raising it's ugly head once again. these groups want the world to end.