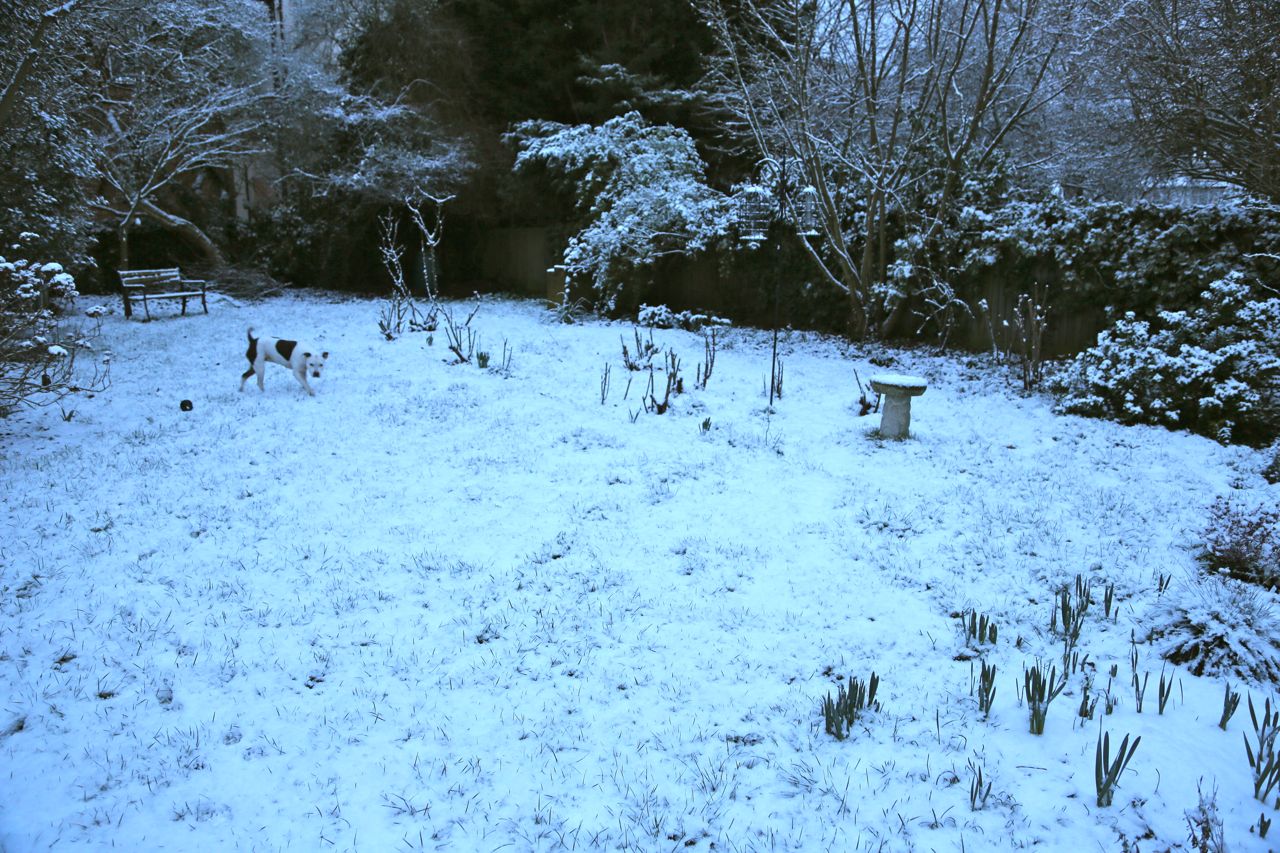 Yesterday's snowfall left Olga sniffing and snorting in the back garden. I'm not sure she understood why everything changed so dramatically. She didn't seem very put off, though -- she still expected her walk as usual. 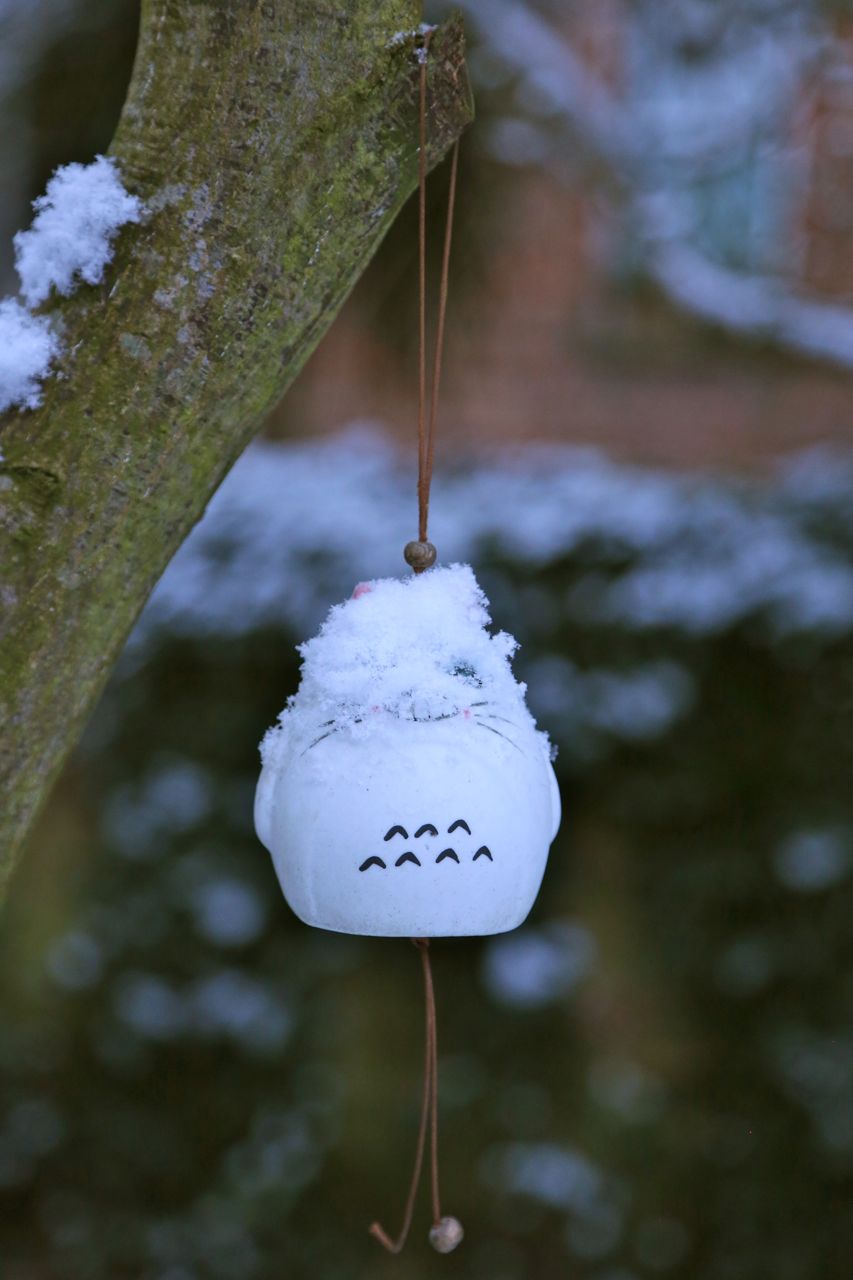 Poor Totoro was left with a cap of flakes. 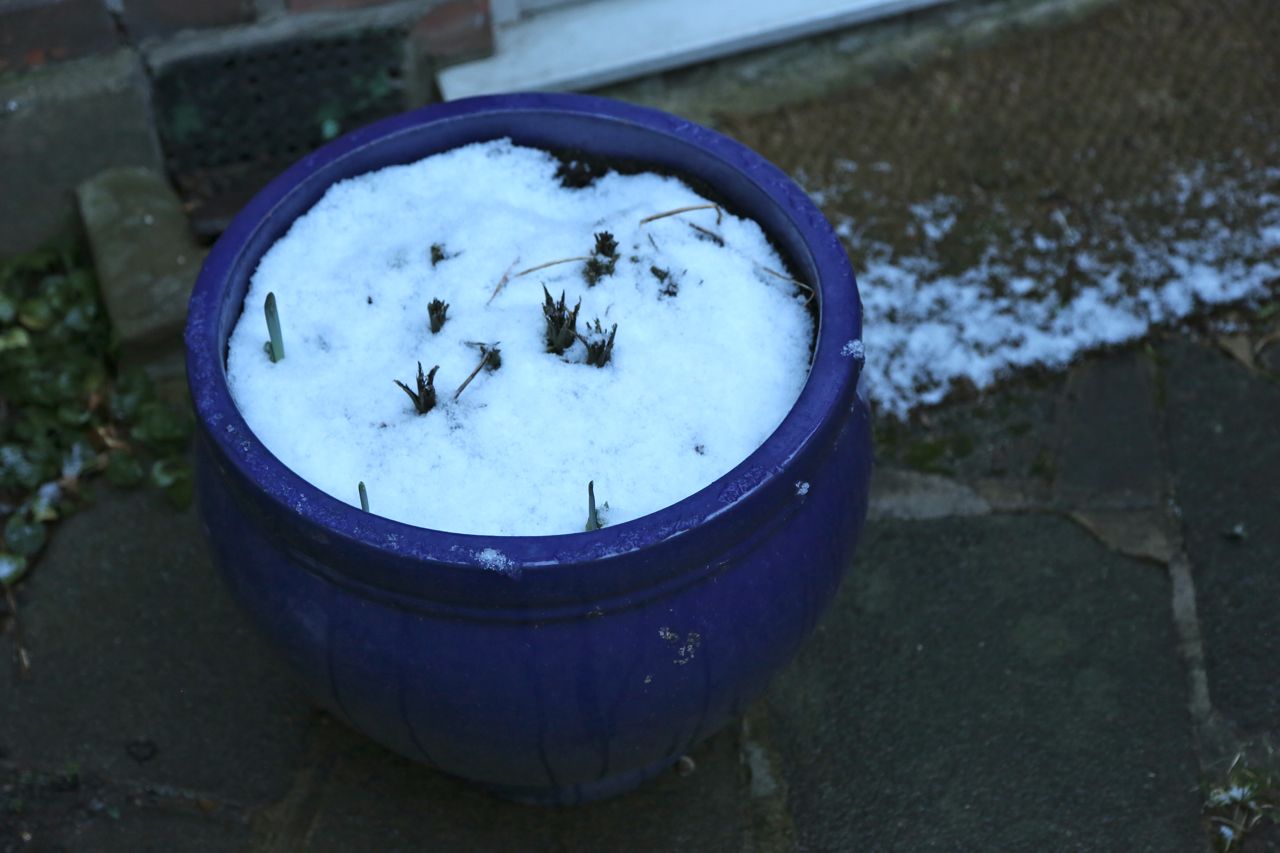 There's nothing left of our horseradish at this point. Dave tucked a couple of bulbs into the pot, which are coming up at the outer edge.

Despite the snow -- which left me slip-sliding on the sidewalk in my fancy Swedish shoes that I inherited from Dave because he doesn't like them (and wouldn't you think Sweden would know how to make snow-appropriate shoes?) -- we did have school as usual yesterday.

I finished purging the elementary school library's patron list. In all, I eliminated 555 departed parents -- including a well-known actress and a countess -- as well as 40 departed students and several faculty and staff members. I would love to gossip about who had what overdue books and unpaid fines but I suppose I must remain discreet.

By the time I came home last night, all the snow was melted. We're back to muddy normal.
Posted by Steve Reed at 5:58 AM