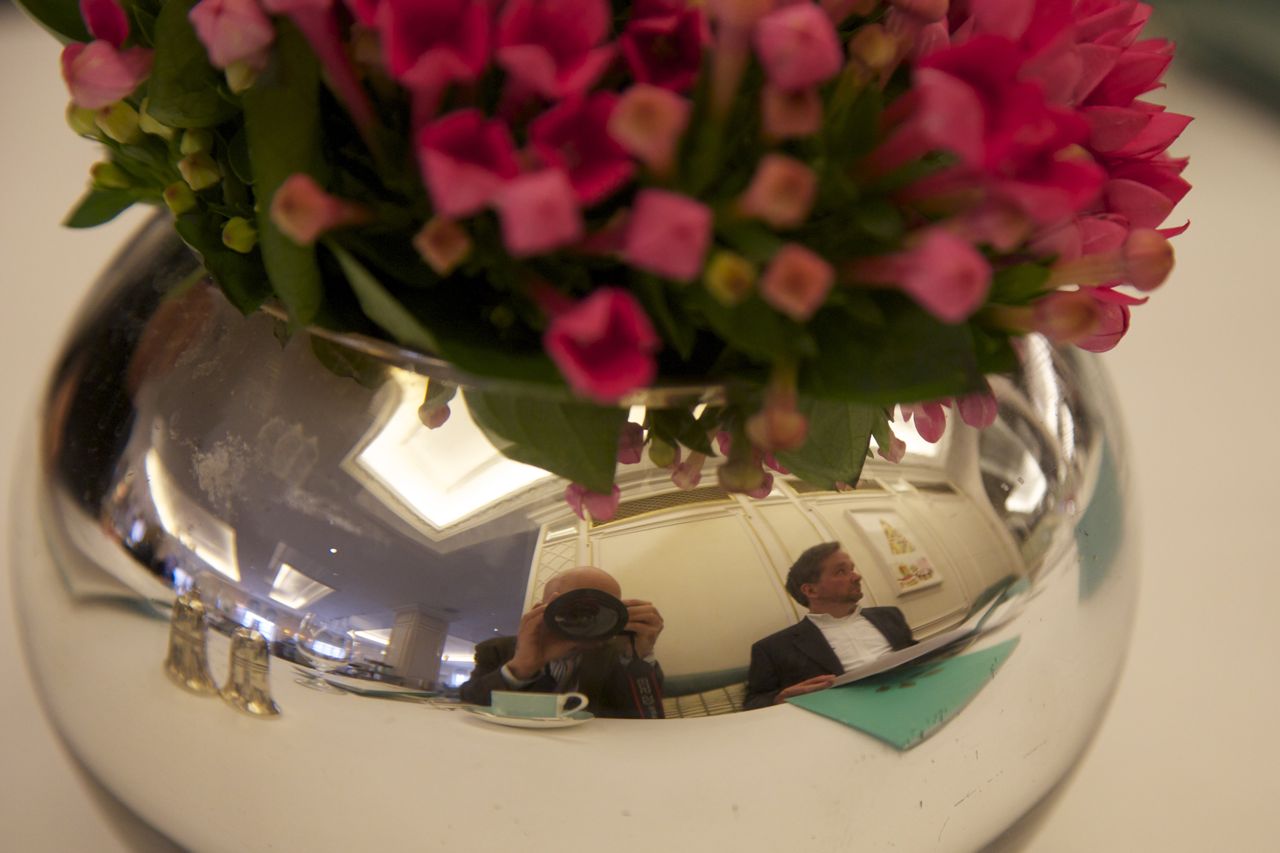 Remember how I went to the A&E (the Emergency Room) on Friday, with my mysterious streaky spider bite?

Well, we were back in the same A&E last night. For an entirely different reason.

Funny how I've lived in England nearly four years and I never needed an A&E, and then in one weekend I'm there twice.

We were fine for most of the day yesterday. We'd planned a noontime high tea for Dave's parents at Fortnum & Mason, a swanky shop and tea house on Piccadilly. We took a taxi there and settled into the plush cream-and-robin's-egg-blue dining room, where we had a small savory course and some fancy little cakes and scones, and then an entirely unnecessary dessert. It was fun, but by the end I felt the way I always do after high tea, full of liquid and slightly nauseous from all the sugar.

So when we got back home Dave's parents took a nap while I walked Olga to Hampstead Heath. When I got home, around 5 p.m., everyone was still asleep -- a fact that surprised even Dave. We assumed the parents were just exhausted from their cruise.

It turns out, though, that Dave's father wasn't feeling well, and when we took his temperature it was 102º F. I assumed he had a virus and Dave called the National Health Service's help line for advice on what to do. They began asking about chest pains, and to our surprise, Dave's dad said he's been having chest pains on and off for a few weeks. Yikes!

Then -- of course -- Dave's call got cut off before we could get a final recommendation from the NHS, so we all piled into a taxi and went to the hospital. (Turns out they sent an ambulance, which we only learned after the fact.)

The final diagnosis, after about two hours and some tests: walking pneumonia. Dave's dad came home with antibiotics and went to bed. Needless to say, we're cancelling the outings we'd planned for today -- the Churchill War Rooms and dinner at Koffmann's.

Meanwhile, we're faced with a perplexing question. Dave had started slow roasting a leg of lamb in the oven yesterday afternoon. When the hospital situation arose, we turned off the oven, and it remained off  for about four hours. He finished roasting the meat last night after we got home. Should we eat that leg of lamb, or has it become a bacterial time bomb?

We're leaning toward giving it to the dog, little by little. Olga will think this is the best visit ever.

(Photo: Dave and me at Fortnum & Mason, before the chaos.)
Posted by Steve Reed at 6:30 AM