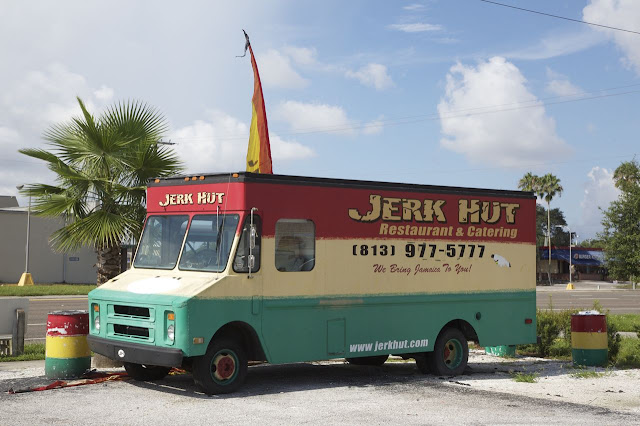 I'm writing this on the train from Gatwick Airport into Central London. It's a typical England day, gray and lightly rainy, and I must admit it looks pretty great after the torrential downpours and blistering heat of Florida.

I loves me some Florida -- it is my birthplace, after all -- but England is just so much milder.

My flight was OK, although I was surrounded by exuberant children. There were lots of young, tattooed, overtanned British parents on board bringing their offspring back from Disney World vacations. They kept moving around between seats as if playing musical chairs. I couldn't quite figure out what was going on -- I just kept my head down, drank my gin & tonic, and finished my book about the sinking of the Lusitania. (Maybe not the best book to read while traveling!)

The flight was delayed a bit and the lines at passport control in London were long, so I'll be a bit late getting to work. Hopefully the boss will start this year off in a forgiving mood!

(Photo: A food truck outside a Tampa restaurant.)
Posted by Steve Reed at 11:49 AM