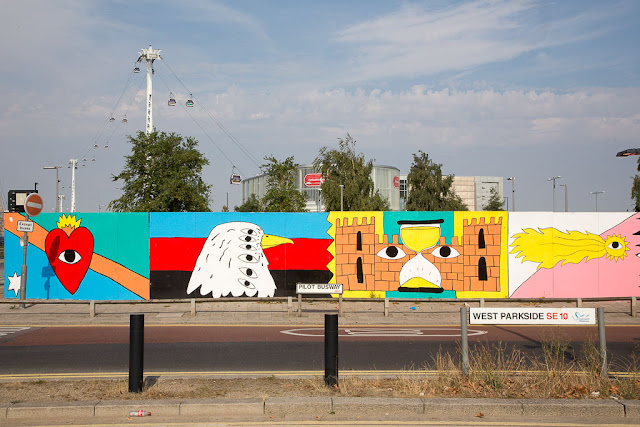 When Dave and I went down to Greenwich last weekend, we passed this colorful mural on a plywood barrier around a construction site. (The British call these barriers "hoardings," for reasons I have never fully understood. Are they hoarding whatever's inside the barrier?) I didn't see the artist's name anywhere -- or I'd give credit here -- but maybe someone else will know whose work this is.

That's the Emirates Air Line in the background, a cable car that crosses the Thames between North Greenwich and the Docklands area of East London. We rode it once, back when it first opened in July 2012. Apparently it's not being used as much as some had hoped, and there's recently been discussion about how to boost ridership -- from lowering fares and treating it more like plain old mass transit to offering champagne during the river crossing. Opposite ends of the spectrum, right? 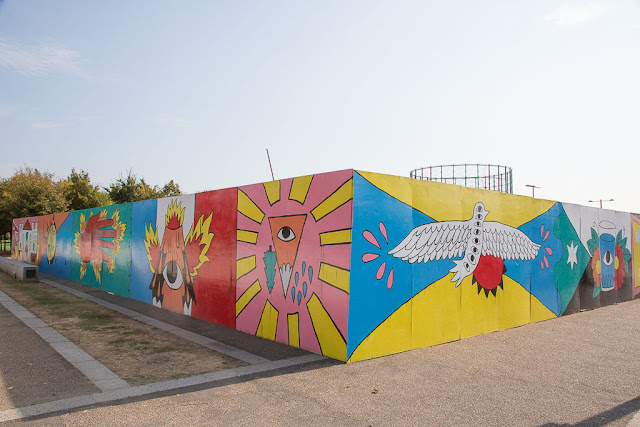 The sun was working against me, here! 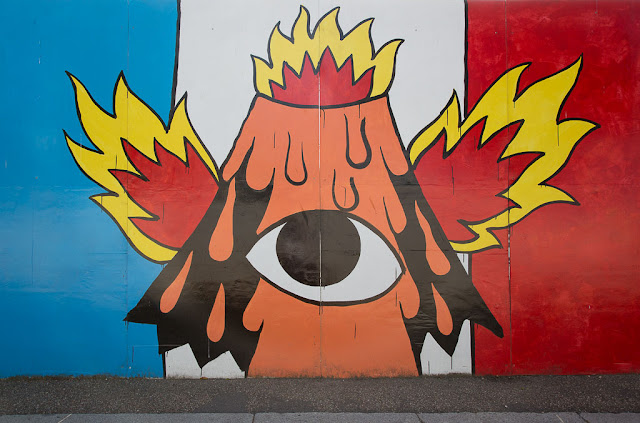 So, in other news, "All You Need is Love" went down just fine yesterday morning. We in the faculty/staff choir had fun singing, the kids clapped along, and everybody seemed to have a good time. Now that's done for another year.

Also, I did give in and sign up for French classes again. I am going to speak this language if it kills me. Or if it causes my souffle to fall or my Hollandaise to separate, or whatever the appropriate French metaphor for tragedy might be. The classes begin Sept. 17. I appreciated a fellow blogger's recent advice to "re-enroll and complain all you want, but visit France often." She's absolutely right. That kind of practice is exactly what I need. Also, I should complain in French. 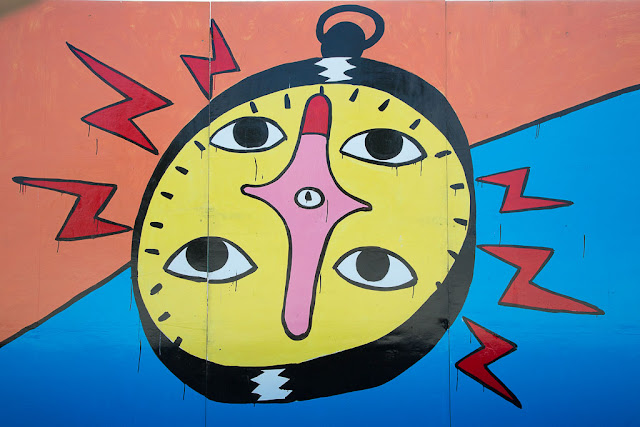 Finally, my stepmother has indeed booked our family cruise. We're going for seven days from Tampa to Key West, Roatan, Belize and Cozumel, spending Christmas Day at sea. And we'll be back on Dec. 30, so we won't have to re-enact the early moments of "The Poseidon Adventure" (which, as you may recall, took place on New Year's Eve). We have a veranda cabin, or stateroom, or whatever it's called, which means we have a little balcony and big windows. As I told Dave, "Well, that should provide a stunning view as the ship rolls over!"

He's going to get really sick of my Poseidon Adventure jokes.
Posted by Steve Reed at 7:19 AM