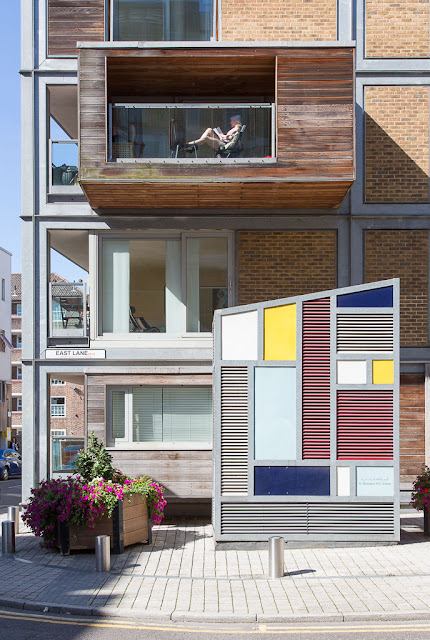 Dave and I watched the presidential debate last night. It's been several election cycles since I watched a debate, but I'd been reading about it all day and wanted to see it first-hand. So we pulled it up on YouTube and poured some wine.

Once again, I just want Trump's supporters to explain to me how they could possibly see him as a presidential figure. What I saw was bluster and bumbling confusion -- his now-famous "word salads" -- compared with Hillary's articulate, experienced presentation. How could anyone, even a right-winger, look at their performances, side by side, and choose Trump as the better candidate? I just do not get it.

Except, of course, that his supporters' minds were made up before they even tuned in. (As was mine, admittedly.) I'd like to say they're thinking about the Supreme Court, or the perceived efficiencies of a government in which a single party controlled both lawmaking branches. But I think that's probably being charitable. I think in reality, they just don't want Clinton because they have their own "salads" of sexism and crazy conspiracy theories spinning around in their brains -- a true Fox News alternate reality. Honestly, they wouldn't be voting for any Democrat. Hillary shouldn't take it too personally.

Afterwards, online click polls showed Trump winning (!), but of course, those don't mean anything. I went to Fortune magazine's click poll and voted twice, just to see if I could. All you have to do is clear your browser cookies each time and you can click each poll a dozen times, or a hundred. They're meaningless.

Oh, and Trump supporters have been giving Lester Holt grief for his moderation, but I think he did a good job. I didn't hear a single question or challenge that seemed inappropriate or biased. Allegations of bias are simply borne of frustration that Trump couldn't give a clear answer.

Anyway, I have done my part to prevent apocalypse -- I filled out my ballot yesterday and mailed it in. I am well and truly finished with this election. (And once again there was a medical marijuana question in Florida -- apparently the first one, a few years ago, failed. So I weighed in positively on that, too.)

As always, it's amazing how narrowly divided the population seems to be. I really want anyone considering voting for Gary Johnson or Jill Stein to remember that third-party voting is how we wound up with George W. Bush and the Iraq War. Every vote counts.

Finally, in a completely non-political vein, I also took two big bags of books to the charity bookshop yesterday. I feel much better having cleaned off our bookshelf. There's some more purging that needs to be done, but that was a good start. The house feels lighter!

I love the Bermondsey picture - one of your best. Is that a real human being in the upper window?

Remember that bit where Hillary was raising the issue of Trump's tax returns and how he has persistently done his damnedest to avoid paying tax? He muttered something like "That makes me smarter".

The BBC showed this sequence being viewed on a big screen by a room filled with Republicans. Incredibly, the audience whooped with pleasure and affirmation when Trump made that remark - as if it was admirable to avoid paying the taxes you owe. Quite appalling!

I liked Hillary's answer to his statement "That makes me smarter."! No, he isn't smart, this would be an positiv attribute. For him I would choose "cunning", what has a bad taste, or? Hope I got the right GER-ENG translation.

What a great place to sit and read in the Bermondsey 'box'.

As for Trump and Hillary - I simply could not bring myself to watch/listen.

Not wishing to intrude on personal grief, I didn't watch the whole debate, but heard the highlights. I must say, I missed most of what Trump had to say distracted as I was by his constant snuffling. Is he on cocaine? It would explain a lot.

The idea of Trump as president is a terrifying prospect and unthinkable until you remember Brexit and Corbyn. As the saying goes: never underestimate the stupidity of people in large groups.

I was listening to one radio show the other day and a caller-in praised Trump because he "shoots from the hip". To me that's synonymous with "talks without thinking", but hey, what do I know?

Well, I agree completely with you- only the truly mad could think that DT is a viable candidate for the presidency. Or, any elected office for that matter.
But. Some do. Many, in fact.
Which is the scariest thing of all, of course.
That reading box is terrific. Whoa! How did THAT get green-lit on coding?

well, I didn't watch, preferring to monitor it on FB via people's comments some of which were hilarious. I've been posting questions for Trump supporters on FB, trying to phrase them like I'm talking to intelligent people, asking why they support this man given whatever particular thing the post is about and either I don't have a single Trump supporter getting my posts or not a single one will answer my questions. basically, his hard core supporters, the ignorant and the white trash, don't care. they just don't care that he is, to put it as nicely as I can, a buffoon. that's WHY they like him. which doesn't have much nice to say about a great deal of the American people. how did we ever get here?

I didn't watch the debate. American govts. are extremely important to Canadians as we are such close neighbors. With Trump's reasoning he could say you're not using that lovely water and march in and take it!

I only watched a few highlights after the fact. It's a big muddle and I still can't quite believe that it's come so far. Like Red says, it matters hugely to Canadians who's in power in the US. I am placing a certain amount of hope in the presidential advisory team and in world leaders refusing to play Trump's game, should he eventually get in.

Fortunately, the scientific polls - the ones which don't allow clear cookies, vote/vote/vote - showed a clear Clinton win. Unfortunately, it's more than a month till the election and plenty of shenanigans still can go on. Loved Clinton's reply to the "I'm smart" remark - something to the effect of, "Oh, so you don't support our veterans, etc. etc. etc." But once again, people hear what they want to hear; she was playing to the independents, millennials, undecideds, etc. The haters, racists, neo-Nazis, et al., aren't going to vote for her, period.

The depressing part is that even if she wins, the big boost to hatred will go on. I wonder if the US will recover in my lifetime (and I plan -- well, hope -- to live for quite a while). Mary

Donald Trump is simply beyond the pale. All of his issues, including the rampant racism, is just frightening. I watched a video earlier of Trump's speeches overlaid with video from the 1960s civil right movement (black people being spit on, kicked, dragged out of restaurants, etc.). It was so incredibly sad how much they aligned.

I do think a lot of people might not publicly support him but will vote for him in November, only b/c they can do it in private and not have everyone know that they too are racist nuts.

YP: That IS a real human being! As for the tax issue, there's a large contingent of Americans who believe government is essentially wasteful, and starving it of taxes is virtuous. They apparently never think about the fact that without government they'd have no roads or sewage or garbage collection or national defense or police force.

Kaki: Yes, there's a difference between smart and cunning -- or even devious, in this case.

Alphie: It's an interesting balcony but it seems like it might get warm in there, doesn't it?

Shooting: I keep thinking back to Brexit and how wrong that went. I hope to god our election doesn't follow a similar path.

Ms Moon: It does look rather precarious, doesn't it? I occasionally see features of European buildings that I think would never get built in the USA.

Ellen: I guess there's always been an anti-intellectual streak in American culture -- a suspicion of smart people, "know-it-alls," "eggheads," that kind of thing. But how that faction has come to dominate our political scene is a mystery to me, and why anyone would vote for a candidate who allegedly "thinks like the average guy" (i.e. is NOT smart) is bewildering.

Red: It's true. I'm sure you have reason to be concerned!

Jenny-O: Well, it is true that the system is set up to prevent any single person or entity from having too much power. Checks and balances will keep him in line in some respects. But there's still a frightening amount of stuff he could do on his own. And who knows who he'd hire to be in his cabinet!

Rafe: Yeah, I've been comforted by the REAL polls. I also read an article that said there was a concerted effort by posters on Reddit and 4Chan to drive up Trump's numbers in those click polls. So they're even MORE dubious than I initially thought.

Elle: He truly IS beyond the pale. It's incredible that he emerged victorious as the Republican contender. I think even many Republicans are still appalled.