A Box of Staples 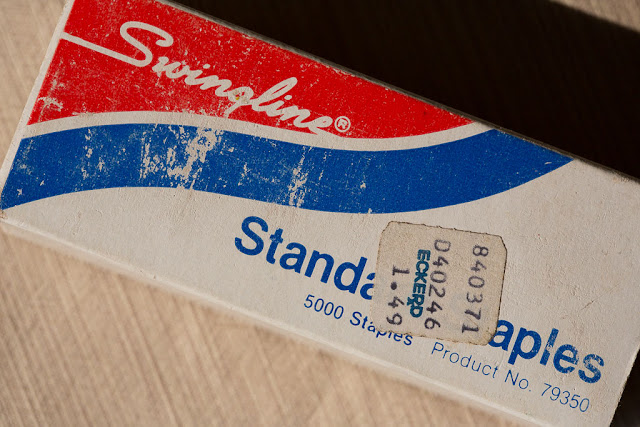 I'm pretty sure I was in high school when I bought it, at one of the now-defunct Eckerd drug stores in Florida. It probably went to college with me. I moved it to all the various apartments I occupied in Tampa, Winter Haven, Venice and Sarasota (at least eight). I took it to New York City in 2000. I brought it to London in 2011.

I moved this box of staples across the ocean.

I also Marie Kondo-ed my life dozens of times during those years (even before Marie Kondo came along) and these staples survived every bout of tidying and purging.

I'm telling you: ridiculous. And the box is still half full. I'll probably have it when I die. 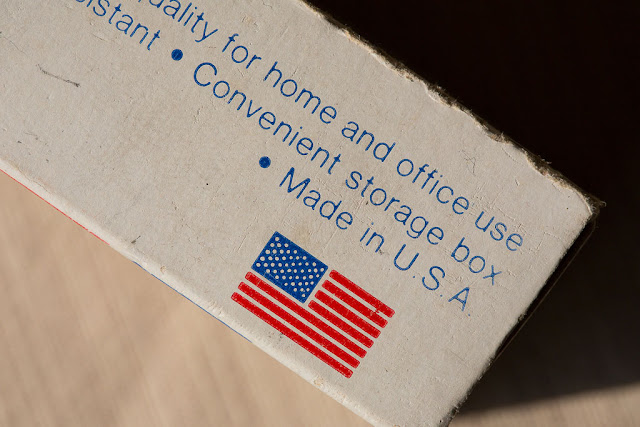 It is something of a little time capsule. You won't be surprised to know that Swingline no longer manufactures its staples in the USA. According to Wikipedia, the factory moved from Long Island City, N.Y., to Mexico in 1999, a casualty of NAFTA.

I like the fact that the "convenient storage box" was considered a selling point.

My first thought on seeing the price tag was that $1.49 didn't seem like much of a bargain, even for 5,000 staples. But on Amazon, Swingline staples now sell for $3.66. So who knows?

(By the way, if you have absolutely nothing to do and want to catch a glimpse of an interesting culture, read all the enthusiastic comments on Amazon from users of Swingline staples. "Using premium staples is likely the lowest cost luxury in life," one wrote. Who knew staples could evoke such passion?!)
Posted by Steve Reed at 6:58 AM