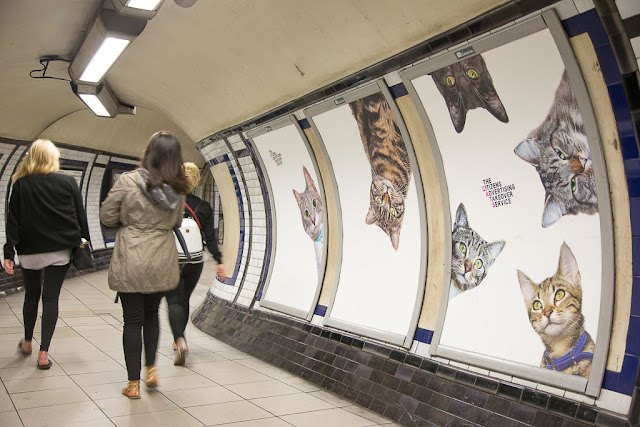 A friend posted an article on Facebook last week about a crazy transformation of the advertising spaces in the Clapham Common tube station. They've been taken over, temporarily, by cats.

This is courtesy of the Citizens Advertising Takeover Service, or CATS, which raised money through Kickstarter to purchase the station's advertising space for two weeks and shower commuters with images of cuddly felines. Allegedly, many of the animals pictured are in the custody of animal-welfare charities and need homes. 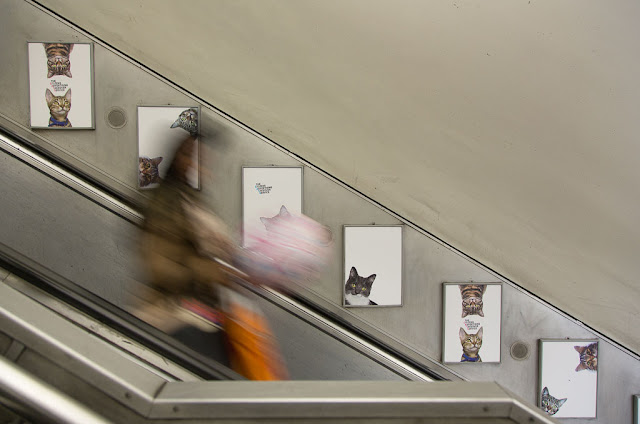 The idea, according to a blog post by one of the people behind the effort, is to make people and companies think differently about advertising -- to consider the social good and positive messaging that can come from ads.

"Back in February we asked ourselves to 'imagine a world where friends and experiences were more valuable than stuff you can buy,' " wrote James Turner. They wanted an eye-catching demonstration of this ideal, something with the power to go viral on the Internet. Hence, CATS.

"We want agencies and brands to be mindful of the power they wield and to use it to encourage positive values in society," Turner wrote. "Things like empathy and tolerance, community and togetherness deserve to be at the heart of our culture." 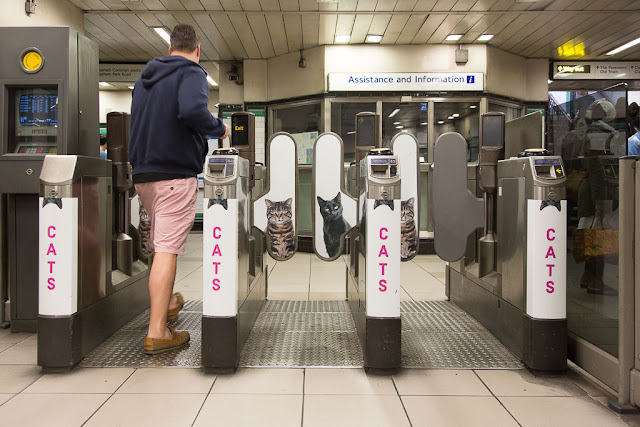 Apparently it's going gangbusters. A Google search turns up lots of photos of these advertisements online, and one of the station workers chatted with me and said many visitors came especially for the cats. He marveled that these gates, previously emblazoned with ads from British Airways, were now getting so much attention!
Posted by Steve Reed at 7:20 AM