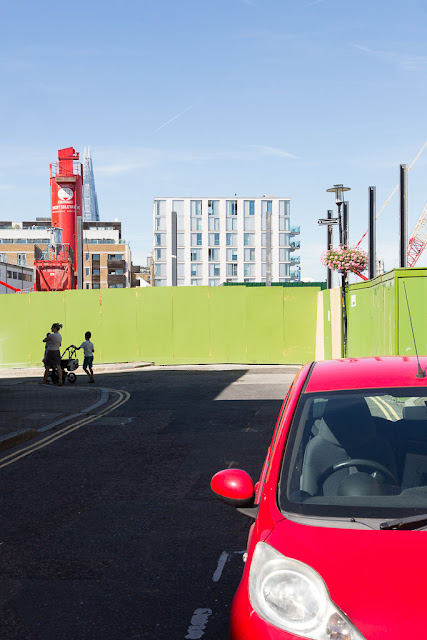 More dreams last night. This time they were about the house where I grew up -- the one my mom sold about a year ago. In the dream, we took down a wall in my dad's old darkroom -- which existed in real life, carved out of the garage -- and found another room behind it, much larger, with lots of windows. Through the glass I could see a tree crew cutting down the gigantic rubber tree that grew outside. (This makes sense, because we really did cut that tree down when I was young.)

A dream analyst might say that was about the hidden aspects of my dad's life or personality -- and loss, as well, given the destruction of the tree. Who knows? I'm not a huge believer in dream analysis but it was an interesting dream.

Speaking of cutting things down, remember how I questioned the destruction of trees and brush in Hampstead Cemetery? Apparently the same thing is happening all over London. There's been a governmental decree that London boroughs should examine their cemetery policies to ensure that there continue to be available burial spaces -- and in some cemeteries this has led not only to reusing existing plots, but to widespread clearing. (Or, one might argue, destruction of habitat for birds and wildlife.) I think it's deplorable. Why are we devoting valuable land, at the expense of ecology, to an outdated practice like burial?

The UK is already "among the most nature-depleted countries in the world," according to a recent report by conservation organizations that found one in ten of our wildlife species is threatened with extinction. (Apparently modern, intensive farming methods are the main culprit. But I'm sure cemetery clearing doesn't help.)

I am not going to go on an overpopulation rant. But you know how I feel.

In other news, I saw that some people are campaigning for Obama to give a presidential pardon to Edward Snowden. I'm of mixed feelings about that. I do think Snowden's case needs to be addressed somehow, legally, and he needs to be offered an arrangement that will allow him to return to the United States. Is an outright pardon the way to go? Or a plea deal offering clemency? I don't know enough about the relative costs and social benefits of his actions to say. But Daniel Ellsberg and Noam Chomsky arguing that a pardon should be considered carries a lot of weight with me!

(Photo: Rotherhithe, on Sunday.)
Posted by Steve Reed at 6:48 AM