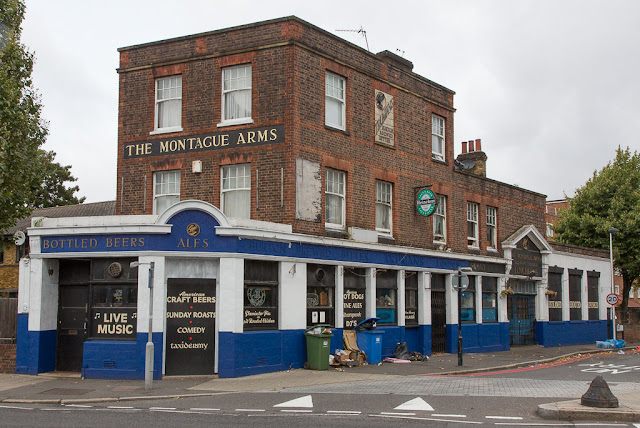 At first glance, this looks like your average local pub. It's off Queen's Road between Peckham and New Cross, and what caught my eye were all the signs: live music, craft beers, comedy, American hot dogs, "steampunk" and...taxidermy?

Hmmmm. Maybe not so average. 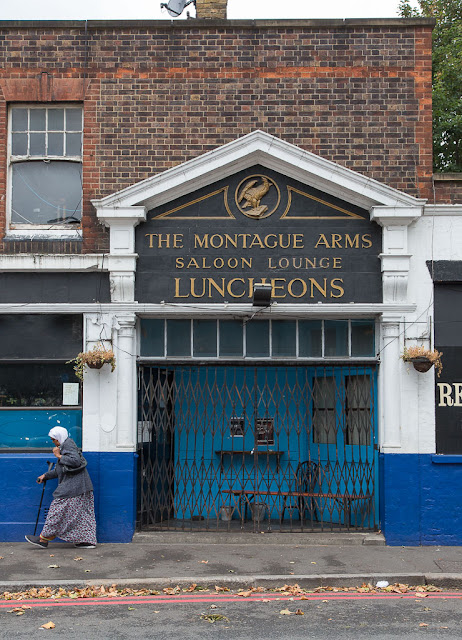 It turns out that the Montague Arms was apparently well-known until a few years ago for its eccentric decor, including nautical items and Victorian-era stuffed animals. Unfortunately the pub closed in early 2012 and the original collection of memorabilia, including antique bicycles and diving gear and the mounted heads of a zebra and oryx, went to auction. 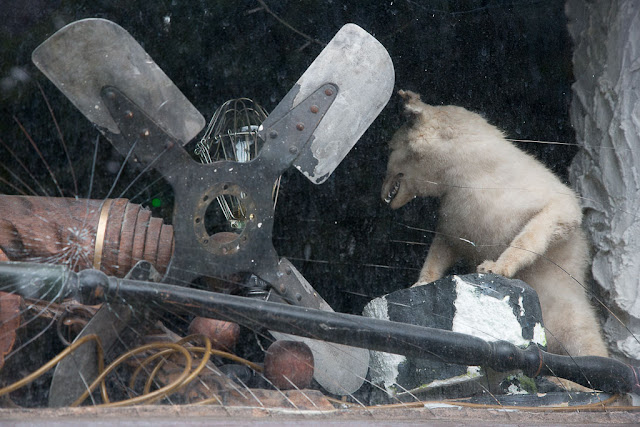 The pub has since reopened under new ownership and they've clearly tried to maintain tradition -- as can be seen through one of the windows. According to its web site, the new owners scoured the country for wonderful and weird decor "so the macabre and the steampunk are back but with slightly less clutter."

It all looks very quirky and I'd love to stop in sometime when I'm down that way. Unfortunately, when I walked past last Sunday morning, it wasn't really a pub-going hour and the place was closed.

In other news, Dave and I went last night to our school's annual trustees' reception. You may remember we do this every year. This year's event was held at the Inner Temple in a grand room lined with paintings and stained glass windows. We went afterward to Raymond Blanc's brasserie in Chancery Lane, where I had excellent moules frites. Posh!
Posted by Steve Reed at 8:00 AM