An Edwardian Hotel, and Tomatoes 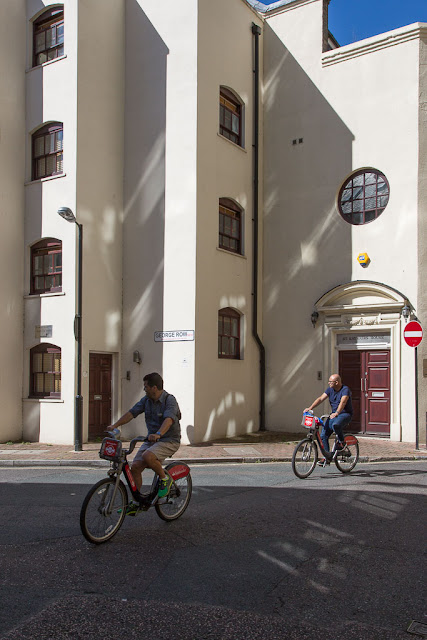 Man, I had a bizarre night. I had some crazy dreams, and a long awareness that I wasn't very deeply asleep -- that I was creeping along that border between sleeping and waking. I can't even remember what any of the dreams were about. I just remember coming out of that twilight and thinking, "Whoah."

Dave made steak for dinner last night -- my inner erstwhile vegetarian winced, but it was really good. I seem to remember reading that red meat can cause weird dreams. I'm going with that theory.

Plus, it was hot. Yesterday was a day of record heat for this time of year, and I set up our fan (which I thought I had put away for the season) to keep the air circulating all night. But still, the bedroom felt a bit airless and Olga is like a mobile furnace.

Speaking of Olga, I got our weekend trip to Oxford sorted out. In early October we'll be going here, and taking Olga with us. Looks pretty fab, doesn't it? I stumbled onto that hotel online and it spoke to me instantly. I can just see the dog running wild over all those fields. We've tried to reserve a nice room in the main house, but although the place advertises itself as pet-friendly, I'm not sure the management is going to allow a dog in that room -- I have a feeling we may be banished to the outer reaches of the estate.

I realized yesterday that I need to get my passport renewed pronto. I felt like I had lots of time because it doesn't expire until next May. I was going to do it all after Christmas. But apparently I need more than six months of passport validity for some of the countries we're visiting on our cruise in December. So I'm going to be working on that today and getting it sent off tomorrow. I won't need it for Oxford (obviously) and it should be back in plenty of time for Copenhagen at the end of November. Lord, the bureaucracy. 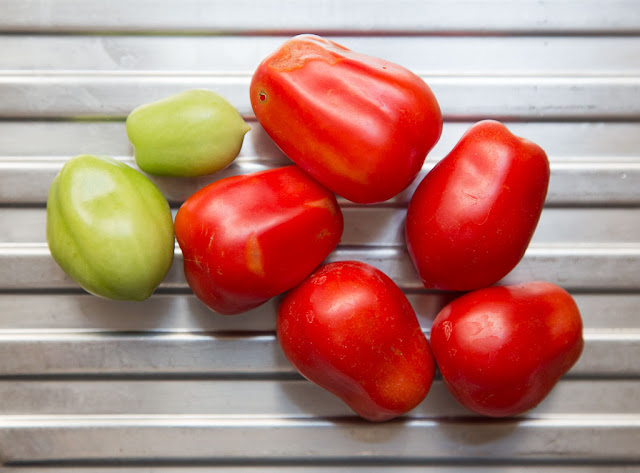 I can't resist inflicting another tomato photo on all of you. Aren't they pretty? We ate these last night -- well, not the green ones, which fell off the bush prematurely, but the red ones. They're not the best tomatoes -- a bit mealy -- but they're ours! (Dave thinks they're mealy because they're roma tomatoes, which are sauce tomatoes. I think they're mealy because we don't know what we're doing. Could be either or both.)

(Top photo: Rotherhithe/Bermondsey, on Sunday.)
Posted by Steve Reed at 6:55 AM