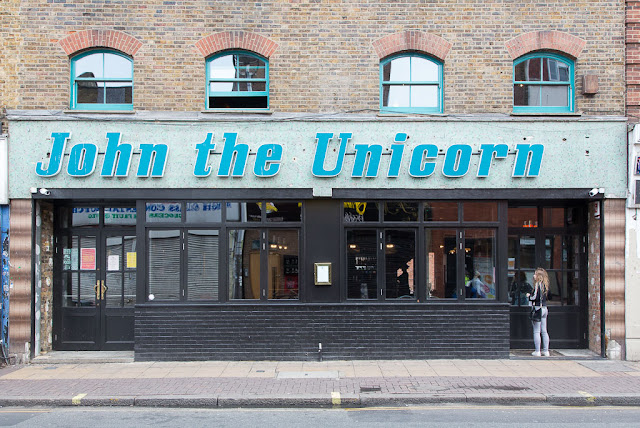 I went out for a photo walk yesterday from New Cross through Peckham, Dulwich and Herne Hill, all in South London. It was a route I hadn't taken before, and I explored the African immigrant neighborhoods around Rye Lane and the leafy suburban quietude of Dulwich.

The photo above depicts a relatively new arrival in Rye Lane -- a restaurant and pub that opened in February. Some people hate the name (according to the InterWebs) and the sole explanation for it that I could find claims it was "inspired by a magical stuffed childhood toy." Only a rather grinchy personality could object to that. It wasn't open when I walked by, so I didn't go in. 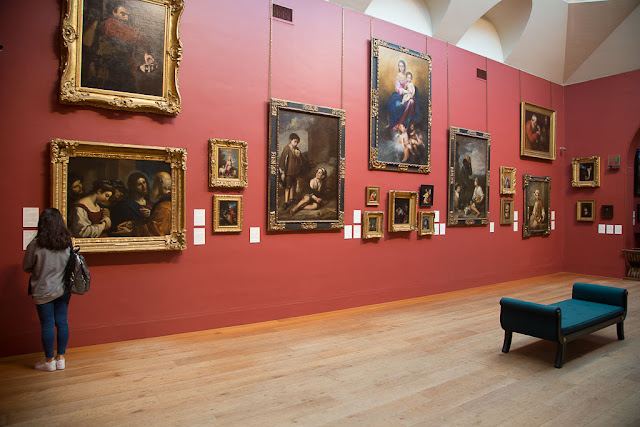 In Dulwich, I went to the Dulwich Picture Gallery, where I saw a show about Winifred Knights, an artist from the early decades of the 1900s who painted somewhat Deco-looking canvases -- and, sadly, apparently not many of them.

I wasn't allowed to take photos in that exhibit, but the permanent collection was fair game. I saw more paintings by my old pal Aelbert Cuyp: 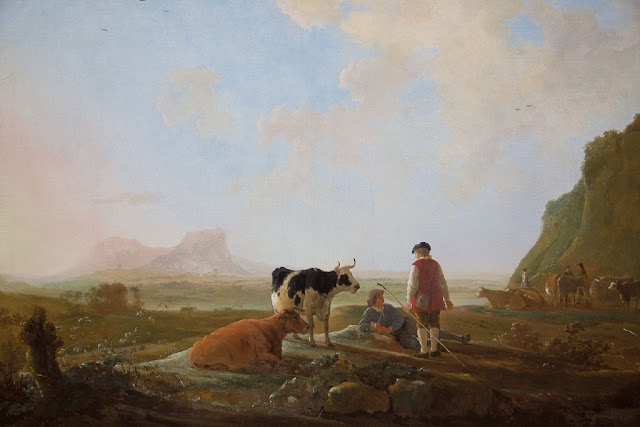 This is "Herdsmen with Cows," from the 1640s. Although it became a favorite in the Victorian era, John Ruskin reportedly criticized the sky for being like an "unripe nectarine."

I also saw an image of a four-year-old then-Princess Victoria by Stephen Poyntz Denning, from 1823, that apparently was so famous in its day that it appeared on biscuit tins: 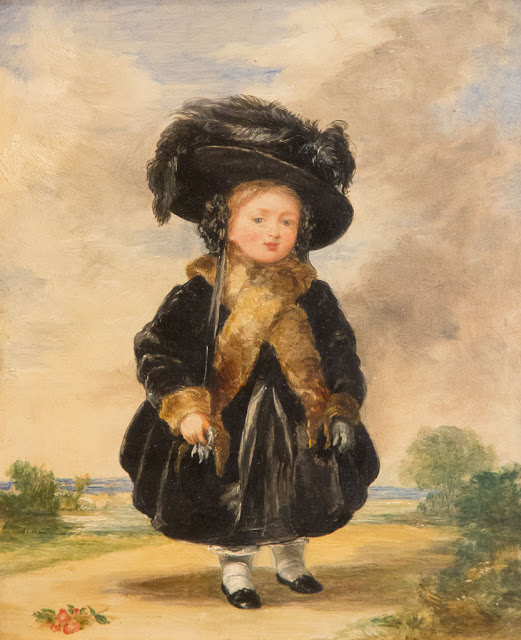 Poor Victoria was in mourning even way back then. The woman just could not catch a break. 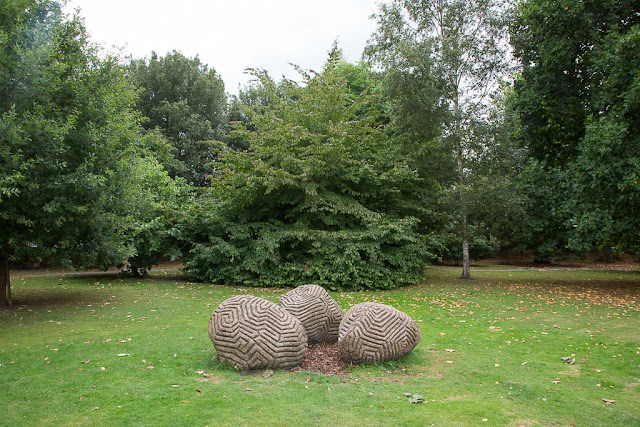 Outside was a sculpture by Peter Randall Page called "Walking the Dog." Hmmmm...

I had lunch at the picture gallery's cafe -- an excellent salmon cake and tomato salad. But I was having one of those unfortunate days when the customer service gods were arrayed against me. The waiters at the cafe seemed to forget I existed (they took the service charge off the bill without my even asking), and not once but twice, someone got in front of me while I was waiting in a queue. At Starbucks, later in the day, the barista called out "Steve" when my coffee was ready and a woman grabbed it and began to walk off. I called out to her and she just kept walking. I had to chase her across the restaurant! "Oh, sorry," she said, half-heartedly, as if it were somehow my fault that she took my order, with my name clearly written on the cup.

My mother used to complain that she became invisible to the world at age 40, and that was exactly how I felt yesterday. Is it middle age, or just the obliviousness of other people? 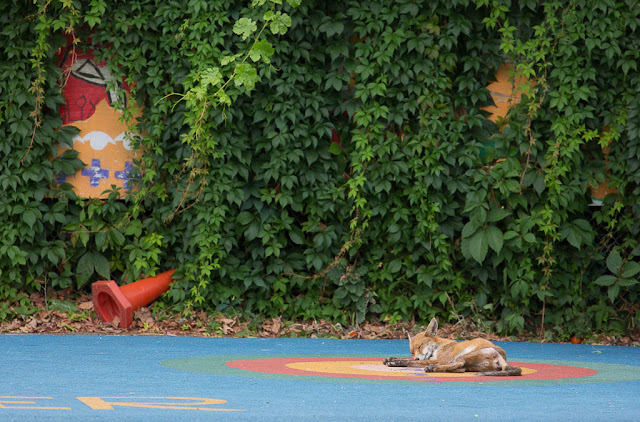 Anyway, I walked from Dulwich through Herne Hill and northward to catch the tube back home. By this time it was late afternoon. I spotted a sleepy fox lying on a locked, fenced playground in Brixton. At first I suspected it was dead, but then it raised its head and looked around. Funny how it chose to snooze right in the middle of that target -- perhaps not the most preservation-minded fox!
Posted by Steve Reed at 7:08 AM