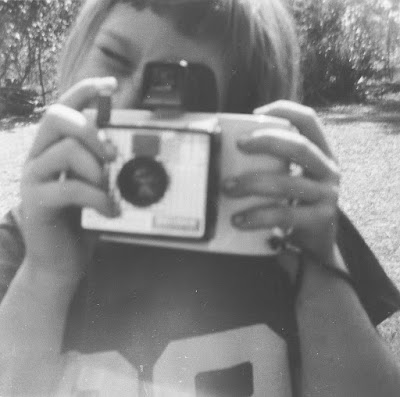 I've mentioned before that as a kid, I had a Magimatic camera. It was a point-and-shoot device that took 126 cartridge film, and it made terrible pictures. As I recall, it took a lot of force to push the button, particularly as the camera got older, and that inevitably resulted in movement and blur.

Still, I used the Magimatic for nine years, from 1974 to 1983. I documented nearly my entire childhood on that camera.

Having bought my film scanner, I've been exploring my old negatives and retrieving some lost shots. What I've learned is that I don't have a whole heck of a lot worth retrieving! But here are a few I can share with you. 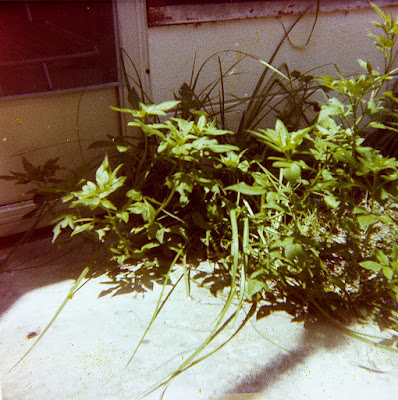 I remember taking this picture of weeds near our back porch. I was enamored with the bright sunlight on the green, leafy plants, the long strands of grass and the dark shadows. And I distinctly remember being so disappointed with the picture when it came out. It does indeed look like a picture of nothing. 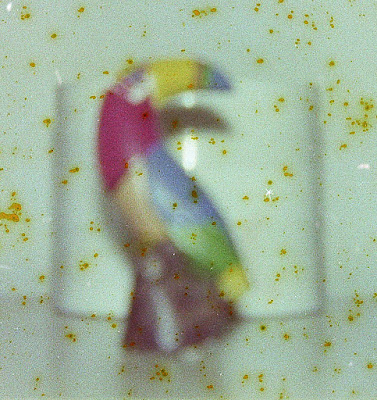 When I went to summer camp in the mid-'70s I painted a toucan in ceramics class. I loved my toucan, even though it had a broken tail, and I took it with me each of the next few years when we went on beach vacations. I made it our beach mascot. Well, the year I took this terrible photo, I accidentally left the toucan behind in the condo we rented. So this is the only record of my toucan.

(A side note -- sometimes the negative scanner gives really funky color results. I wrestle with adjustments and even then I often can't get it exactly right. And look how badly that negative has deteriorated!) 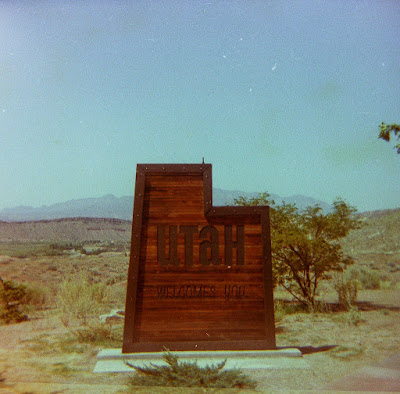 Utah welcomes you! From a 1983 cross-country car trip with my dad, stepmother and brother. 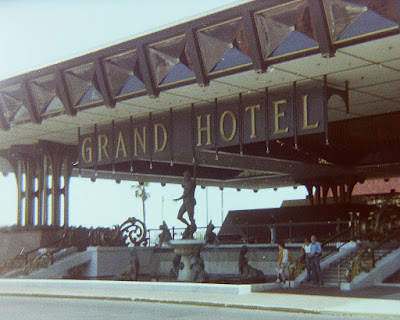 From the same trip, here's the front entrance of the MGM Grand Hotel in Las Vegas. You can barely see my dad, stepmother and brother on the steps at right. My brother is checking out the fountain, which as I recall featured statues of women with water spurting from their breasts. I don't think I'm making that up. 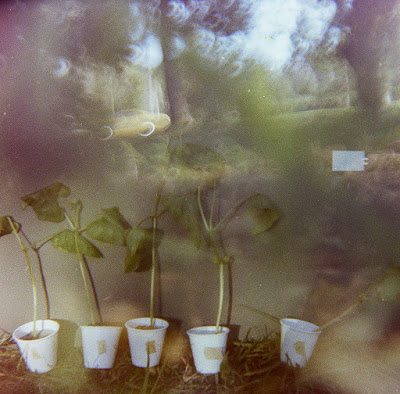 Finally, this bizarre photo was taken for a high school science project in the early '80s. I was trying to show the effect of various detergents on bean seedlings. As I recall, I fudged my data by simply abandoning the beans when we went on vacation and then declaring that they had died as a result of detergent exposure. I don't remember what grade I got, but I passed.

Anyway, I kind of like the picture -- I think I was photographing the beans (carefully numbered, you will notice) through a piece of glass. (Why?!) The glass picked up a dreamy reflection of our neighborhood.
Posted by Steve Reed at 7:39 AM