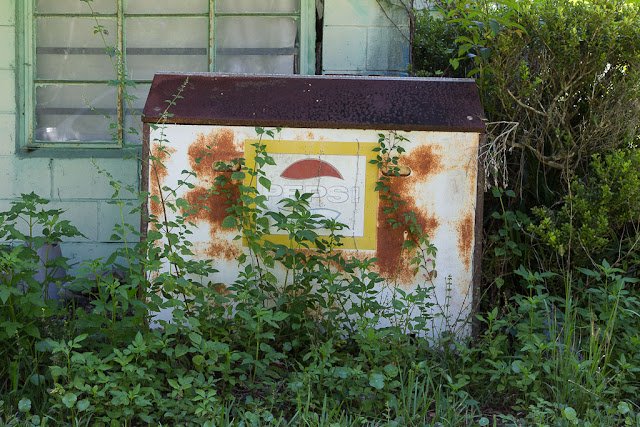 You all may remember that I'm a big fan of Waffle House, the chain of roadside diners founded in Atlanta in 1955. There's not really anything like it in Britain. You can get a fry-up at your local cafe -- I guess that's the closest thing -- and it's good, but it's not quite the same.

A few weeks ago, I got so nostalgic for Waffle House that I ordered t-shirts for myself and my brother, JM. Yesterday we donned our shirts and made a pilgrimage (which is an overstatement, because it's only about a mile away) to the local outlet. The employees were so amused when we walked in that they even took a picture of us -- and we, of course, couldn't resist our own selfie. 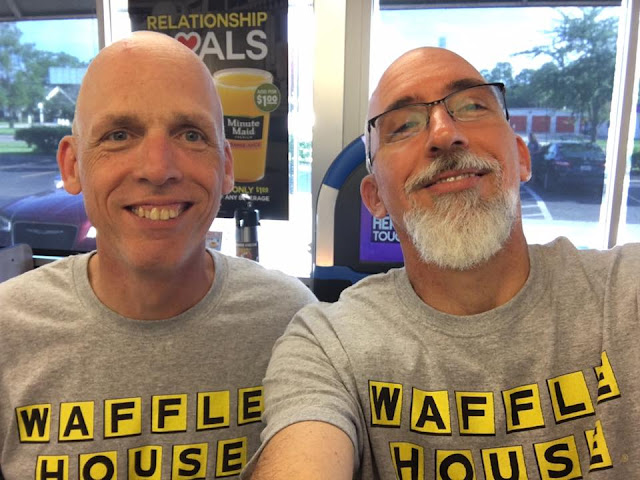 That's me on the left, in case there's any doubt!

After a breakfast that was so big (in my case, grits, toast, a pecan waffle, two eggs and coffee) it nullified any need to eat again until evening, we took a drive and wound up along the riverfront in Mandarin, walking on a public dock and admiring the river. 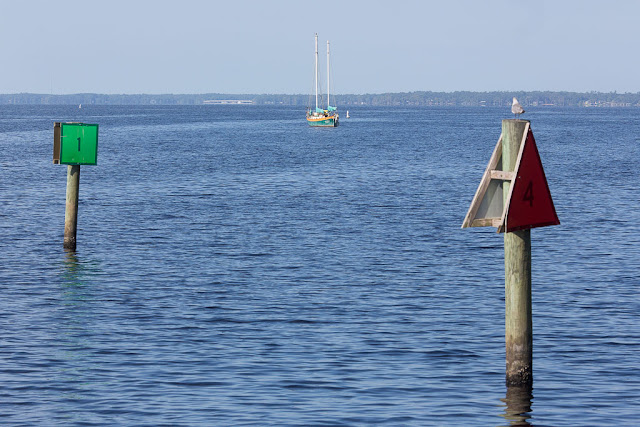 That boat beyond the channel markers is called the "Tahiti Rover," from Honolulu! Pretty impressive that it's here.

We kept driving south, and wound up back at Alpine Groves Park, where we went about a week ago. We saw more exotic insect life, including... 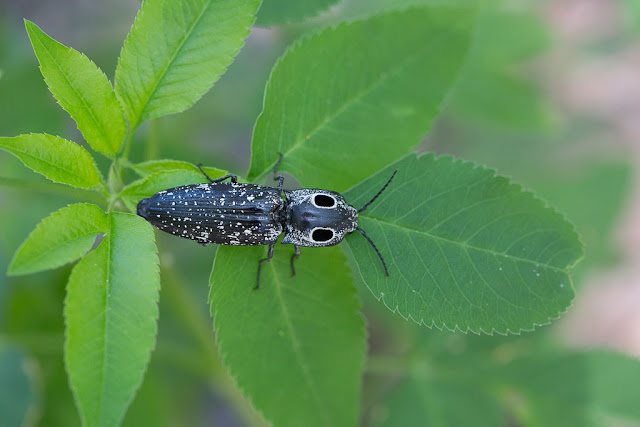 ...this eastern eyed click beetle, which looks formidable because of its two large eye spots but is actually quite harmless. (Those aren't even its eyes. The real eyes are very tiny and on the sides of its head.)

I know my brother wasn't crazy about going out and walking around in the heat, but I'm not good at sitting around the house. He indulged me and I appreciated seeing the sights!

(Top photo: An old Pepsi cooler outside a house in the community of Switzerland.)
Posted by Steve Reed at 11:28 AM