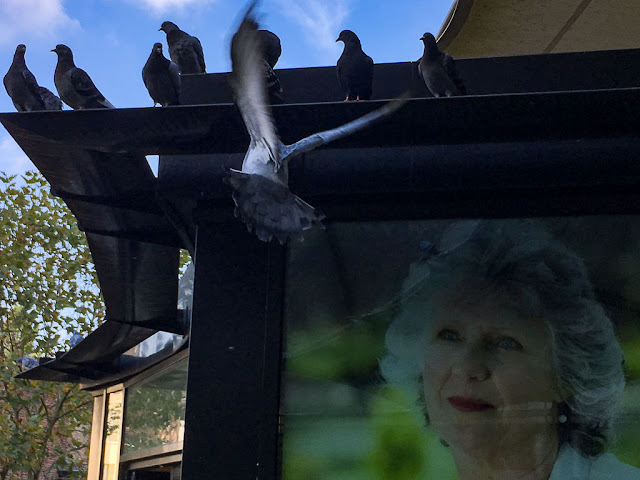 Well, I survived my hospital tests yesterday. Of course they took longer than expected, and I ran into not one but two people I know. Or I should say I saw them from afar -- because when you're at the hospital, you don't want to engage anyone from the outside world and have to explain why you're there. You know? I just kept my head down. If I'd had a scarf and sunglasses I'd have worn them too, like Patty Duke's character in "Valley of the Dolls": "I am merely traveling incognito."

I got to the hospital at about 9 a.m. and got to work at around noon. I guess that's not too terrible for both an X-ray and a blood draw. My X-ray technician, Sheldon, was an upbeat young guy who seemed mystified about whether my name, Stephen, should be pronounced "Steven" or "Steffen." I've been getting this all my life. "It's 'Steven,'" I told him.

Steve is so much easier for everyone.

He offered to show the X-ray to a radiologist right away, so I could get an answer about whether it detected anything suspicious, but for some reason I said no. I guess I was already settled on the fact that it would take a week to get a response, and I didn't want to have to hang around another half an hour waiting for the radiologist's verdict. I was already anxious about missing a morning of work. In hindsight it would have made sense to wait, but oh well.

In other news, I am so relieved that Bowe Bergdahl didn't get more prison time for walking off his base in Afghanistan. Having read a lot about his case and listened to the second season of the Serial podcast, which was devoted to it, I am convinced that he had maturity and mental health issues at the time that warrant a degree of leniency. Besides, the guy was already held prisoner and tortured for five years by the Taliban! Isn't that enough?! I think this verdict is just (although there are still questions about whether Bergdahl deserves his dishonorable discharge). Donald Trump is all outraged by it, and as far as I'm concerned that's even more evidence that it's the right decision.

(Photo: Flocks of pigeons on the roof outside the hospital entrance yesterday.)
Posted by Steve Reed at 7:27 AM