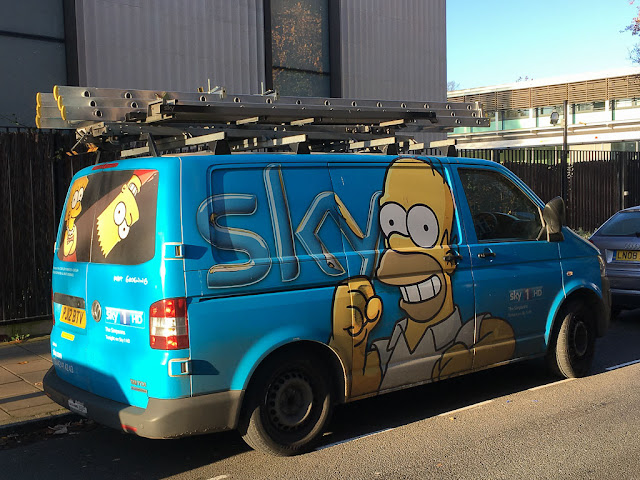 I found the Simpsons Sky TV van parked in front of our school a couple of weeks ago when I went to work. I've photographed it before, but this time I had a chance to take pictures all the way around. 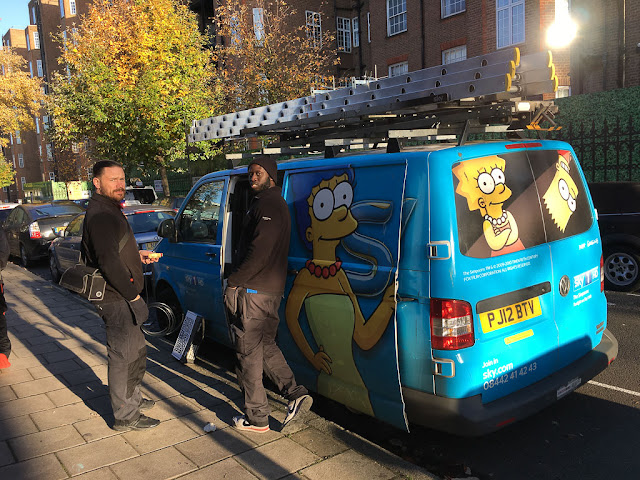 The Sky TV guys were standing next to it at first... 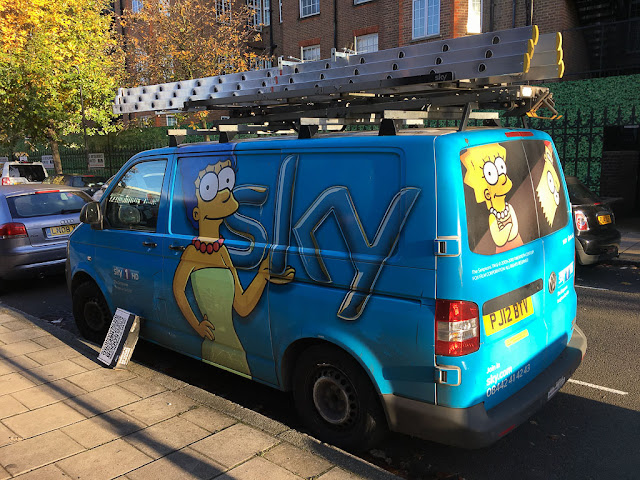 ...but then they obligingly moved out of the way. (They probably didn't want to be in the shot anyway.) 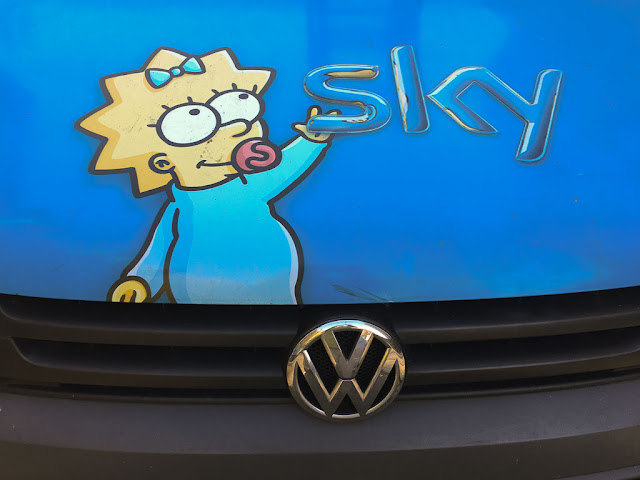 Sky is a cable network partly owned by Rupert Murdoch's Fox empire. Murdoch has been trying to take over all of Sky, which has caused regulatory concerns in the UK. (We had Sky when we first moved here but it was a nightmare and we cancelled it.)

I could stand a lot less of Rupert Murdoch in my life. Who doesn't like the Simpsons, though?

In other news, I'm encouraged by Prince Harry's engagement to Meghan Markle. It seems like pretty solid evidence that the world is moving forward when an English prince (albeit one unlikely to ever take the throne) can marry a biracial actress with the Queen's blessing. Thank goodness for progress.
Posted by Steve Reed at 6:54 AM