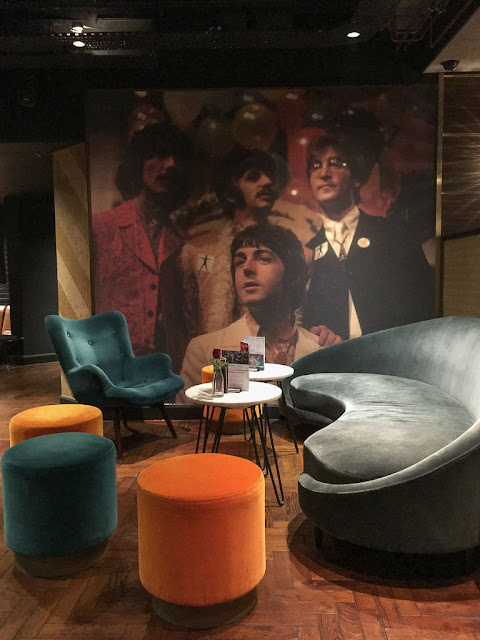 Dave and I actually went to see a movie last night. I know! Shocker! We save our rare cinema experiences for films we really, really want to see, and for me, that included Sean Baker's new movie "The Florida Project."

You all know I grew up in Central Florida and lived there until I was 33. So I know the state like the back of my hand, and having worked there as a journalist I'm familiar with the moths-to-a-flame quality it seems to have on people who are down and out, trying to start again, trying to scrape together a life with meager resources. "The Florida Project" is about a struggling single mom and her daughter living in a purple motel in the shadow of Disney World.

The film seemed a bit aimless at the beginning, but once I adjusted to its pace and its incredible sense of reality -- I felt like I was spying on the activities of real people, rather than watching anything scripted -- it came together. And the performances are terrific. I was awed. It wasn't a happy story, but it felt real and honest and, as I said, although my own experience of Florida was secure and comfortable, I've seen people living that way. The movie captures Florida's tawdriness and absurdity -- and even in that tortured theme-park landscape, its beauty -- really well, too.

We saw it at the Everyman Baker Street cinema, which has this groovy mural of some '60s models on the stairway. (I later learned, via the interwebs -- God bless Google! -- that it's an image from a 1966 French film called "Who Are You, Polly Maggoo?" The actual photo includes a light bulb in front of all the models' faces, which makes the placement of the chandelier at right especially appropriate.) And there's also a groovy mural of the Beatles in the lobby seating area (top). It's a refreshing change from the Sherlock Holmes motif adopted by every other business on Baker Street.

We had dinner there -- a bunless hot dog for Dave, because he's being gluten-free these days, and a pizza margherita for me, with two lemonades and some popcorn. The downside -- the price for dinner and tickets was £58 (about $76)! I just can't get over how much movies cost in London.
Posted by Steve Reed at 6:38 AM