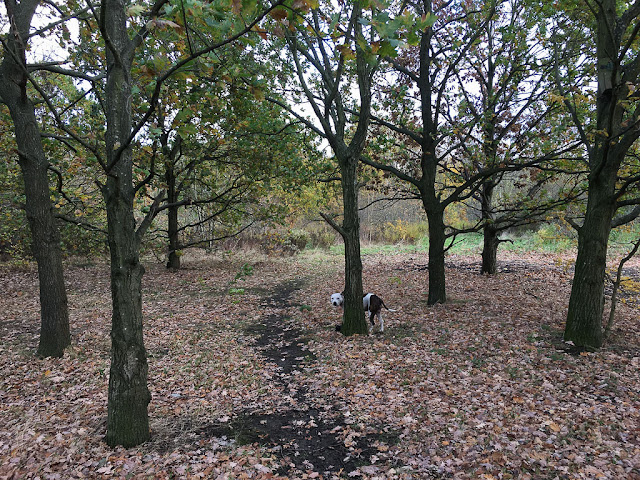 After a whirlwind round of housecleaning and laundry, I took Olga back to Wormwood Scrubs late yesterday morning. She was more excited to get outside than I've ever seen her -- she was whimpering on the train and she wanted to run all the way from the train station to the Scrubs. I don't know what got into her, except that she stayed inside all the previous day while I was out walking across South London in the rain. Maybe she'd just built up a head of steam.

Look at her hiding behind that tree! You'd never know she was there, would you? 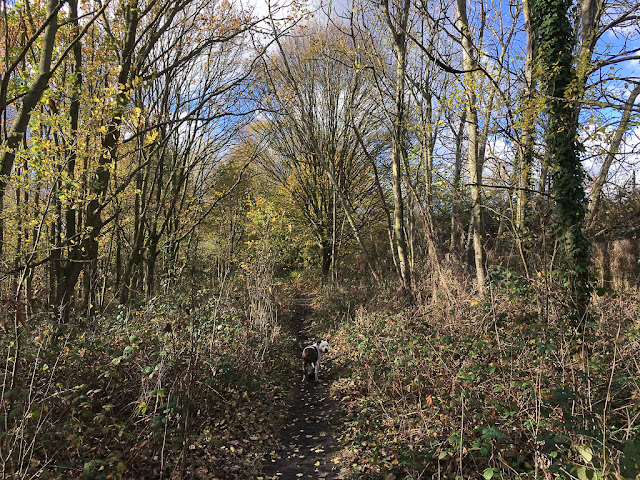 The Scrubs were really beautiful yesterday -- still very autumnal, though the trees have lost most of their leaves and we're definitely moving into winter mode. 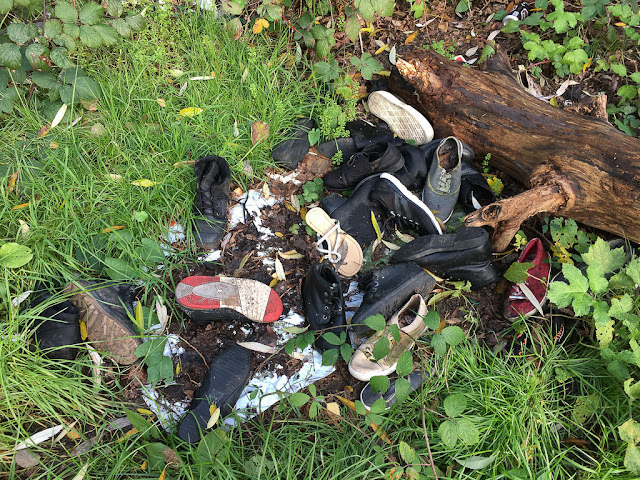 At one point, while exploring some trails in the northwest corner of the park, I came across an area behind some thick brambles where there were several piles of shoes. Men's shoes, women's shoes, trainers, work boots and sandals -- a full assortment. It looked like they'd been brought in bags and dumped. I couldn't tell if someone lived back in there, or they'd been stolen, or both -- but it creeped me out, to be honest. 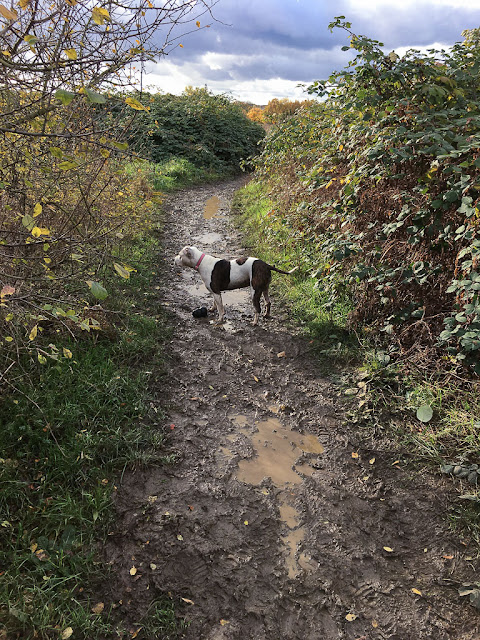 I could have used some new shoes by the time that walk was over, though. It sure is muddy out there at this time of year! (Or, as I put it to Dave, showing my age: "Holy mud bog, Batman!")

Someone definitely needed a bath when we got back home. And Olga did, too.

Last night we finally watched "Grace and Frankie" on Netflix. In fact, we watched three episodes. It's not at all what I expected -- I thought it would be much more sit-com like (I guess I'm thinking of "Kate and Allie" and "Will and Grace" and all those other sorts of shows). "Grace and Frankie" seems more sophisticated and we really like it so far.

We need some new things to watch on TV. We've finished "Stranger Things 2," and we're caught up on the new "Star Trek." We were watching "Designated Survivor" but that show, in its second season, seems to have run off the rails a bit. We're still working our way through "The Sopranos" and I'm still watching "The Wire" when Dave's gone to bed (defying conventional wisdom, he doesn't particularly like it).
Posted by Steve Reed at 6:34 AM