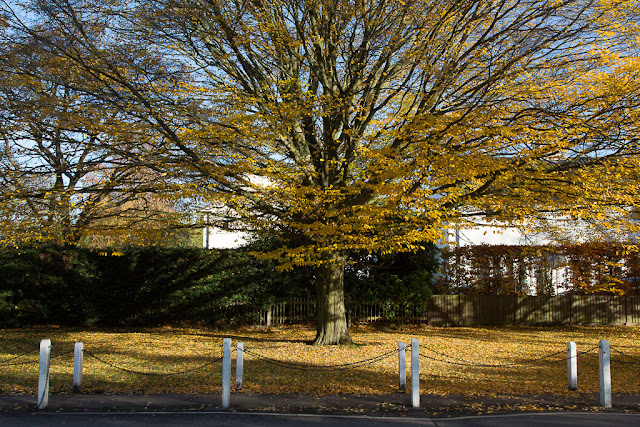 Yesterday was a busy day -- two social engagements, which for me is a lot!

First, Dave and I had brunch with some friends at Shakespeare's Globe Theatre, on the South Bank of the Thames. It's an ideal brunch spot, with St. Paul's directly across the river and the Tate Modern right next door. Very scenic!

Then I hopped a train and then a bus to Dulwich to meet up with blog pal Linda Sue, who's enjoying an extended stay in London. She's been here a couple of months and it's embarrassing that we haven't met up before now, but we finally got our act together.

When we planned the day, Linda Sue said something like, "Hopefully the sun will be shining!" I scoffed at that, because we've had pretty gray days recently, and of course that misty rain on Saturday. And then, like magic, the sun came out! Yesterday's weather was chilly but glorious. 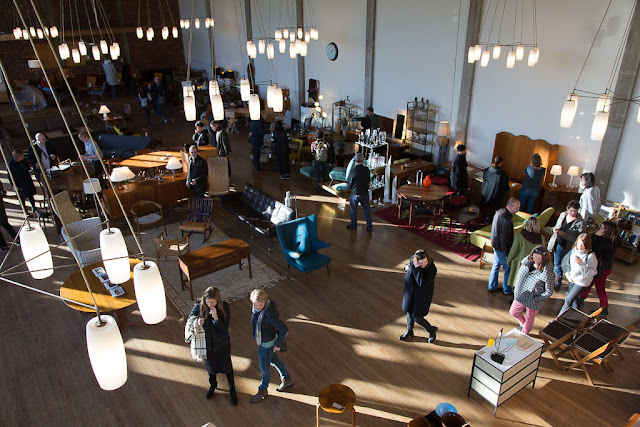 Linda Sue found a Mid-Century Modern furniture and housewares show in Dulwich, in far south London, and that's where we met up. I walked in saying I wasn't going to buy anything, and walked out with a pillow and a vase. The pillow is very psychedelic -- an abstract pattern of green, orange, red and even a bit of purple, printed on cotton velvet. It reminds me somehow of Jefferson Airplane. The vase is a neutral design of abstract flowers -- they look like Queen Anne's lace when it begins to fold up in Autumn -- produced by Briglin Pottery, which operated in London between 1948 and 1990. Neither item was very expensive, so I was quite happy with my finds!

Afterwards Linda Sue and I walked through the autumn afternoon to a pub and talked about life and the sad state of political affairs in the United States and, with Brexit, in the UK. A pint made things better, at least momentarily.

I came home, had dinner with Dave and, continuing the retro theme of the day, watched an episode of "The Saint" while Dave did some work on his computer. Now, back to the daily grind!

(Top photo: An autumn tree in Dulwich. Bottom, the furniture show.)
Posted by Steve Reed at 6:28 AM