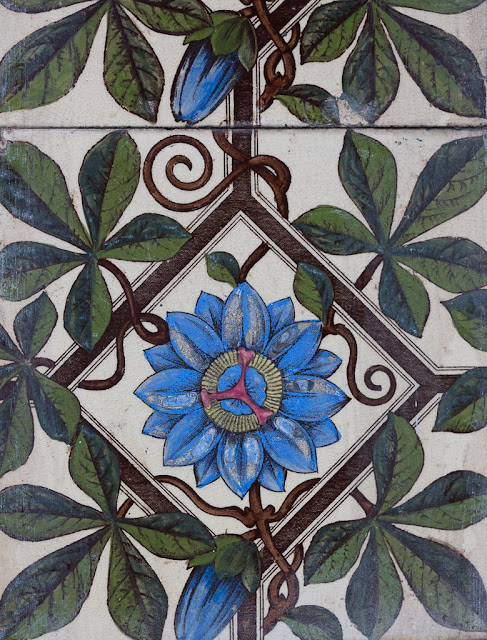 What a strange week it's been! First, Charles Manson dies, and then Keith Partridge (or his alter-ego, David Cassidy). For those of us who grew up in the '70s, they're both momentous events.

Did you ever read "Helter Skelter," Vincent Bugliosi's book about the Manson murders and the ensuing trials? I read it in high school, or possibly college, and like "In Cold Blood" it scared me to death -- the idea that such deranged people could be wandering among us seemed unfathomable. It still seems unfathomable, even though a little more life experience has shown me it's unfortunately true.

Manson was clearly a nutcase, and his death seems cleansing. But I've always felt sorry for his followers, as terrible and incomprehensible as their crimes were. They seemed like vulnerable, unformed people who sadly fell into the clutches of both psychotropic drugs and a skillful, psychopathic manipulator. Every time one of them comes up for parole, part of me hopes they get it -- that second chance -- although at this point it may be too late for them to truly make a life outside prison.

As for Cassidy, he was a fixture of my childhood, even though I only remember watching "The Partridge Family" in reruns, years after its initial airing. I was more the Shaun Cassidy generation than the David. Still, having him die seems a scary reminder of our mortality, doesn't it? 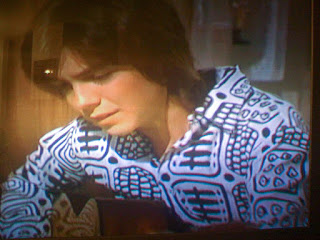 Back in 2011, I snapped this photo of him from an old "Partridge Family" rerun on the television. I wanted that shirt.

We had some serious wind during the night, and the neighbor's wooden arbor -- which holds up the monster -- collapsed. I heard a loud thunk and knew something had blown over, but I wasn't sure what. I wonder if she'll get it braced up again, or if she'll just take the whole thing down? I hate having to prune our side of the monster, but it is a nice barrier between our properties and I'm not sure I want it to disappear entirely.

The wind made Olga a bit nervous. She got up in the middle of the night and came out to the living room, where she stayed vigilant on the couch. What a good watchdog!

Oh, it's Thanksgiving, isn't it?! It didn't occur to me until now. Dave and I are off work today and tomorrow for Thanksgiving break, and we're going to board a train for Cambridge a little later this morning. I'm not sure what we're doing for Thanksgiving dinner -- I guess we'll eat whatever the Cantabrigians serve us. Happy Thanksgiving, everybody!

(Top photo: Historic old tiles from the exterior wall of an Italian restaurant in Ewell. I feel certain it was probably once a pub.)
Posted by Steve Reed at 8:01 AM