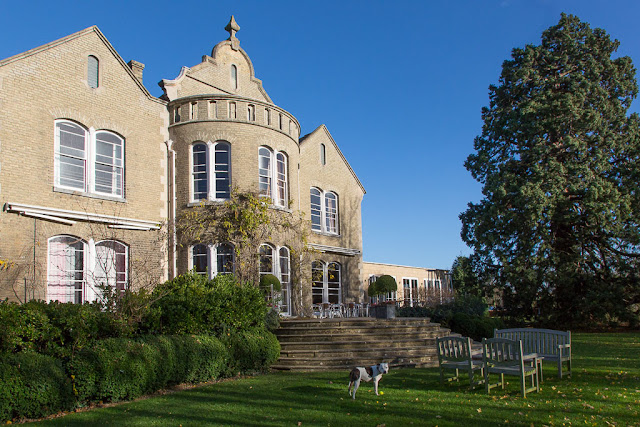 Here we are in Cambridge, ensconced in the Hotel Felix (above), where Olga can run around on the lawn and chase imaginary squirrels. (Haven't seen any real ones yet, though we did see a neighborhood cat. Fortunately Olga was on her leash at the time.)

We got here about noon yesterday, and promptly went out for lunch and a walk. We found lunch in a pub -- a fish finger "butty," a kind of sandwich, for me, with accompanying green peas and sweet potato fries. Kind of Thanksgiving-ish, right?

Then we went walking along Trinity Street, which leads to many of the medieval colleges that make up Cambridge University -- St. John's, Trinity and King's among them. Above is the ornate archway over the entrance to St. John's. The entrance to Trinity makes mention of its founding by Edward III in 1337, though apparently that was an earlier institution called King's Hall; Trinity itself was founded in 1546 by Henry VIII. 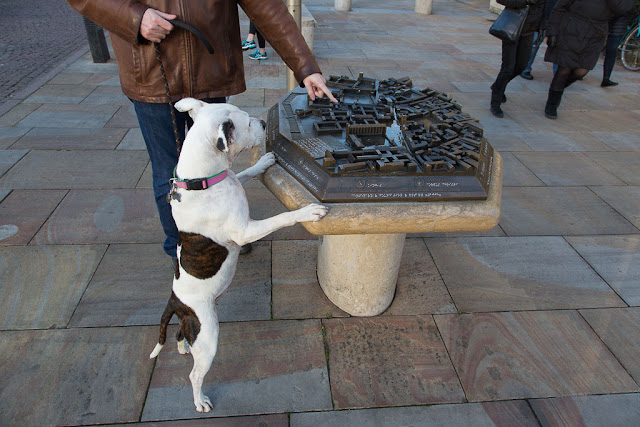 Olga was very interested to know exactly where we were. 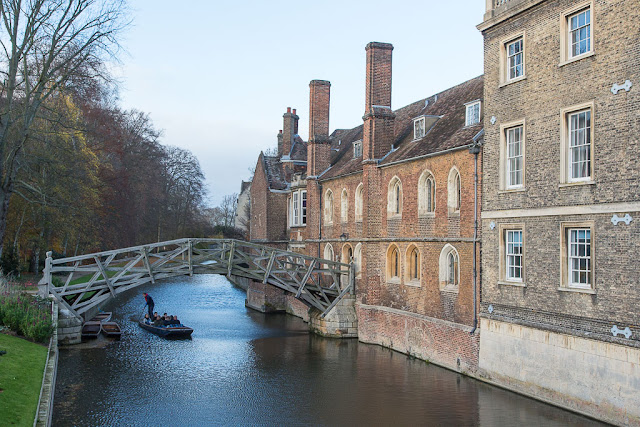 We crossed over the River Cam, and saw evidence of the obvious popularity of punting. Boatsmen with long poles were perpetually moving up and down the river. In fact we eventually found a pub called The Punter where we stopped for coffee.

The bridge above is known as the "Mathematical Bridge," built with all straight timbers. 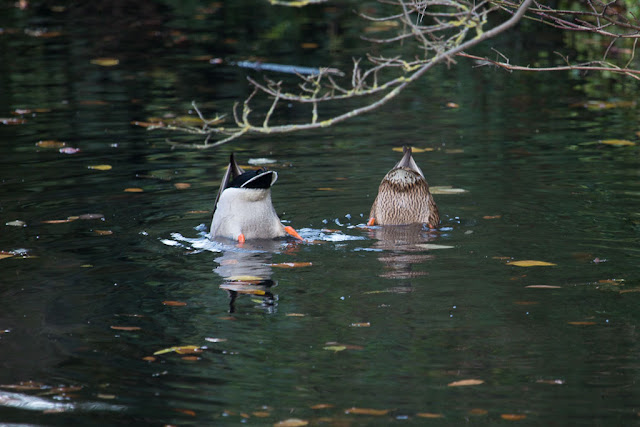 These ducks were very intent on whatever's at the bottom of that river. 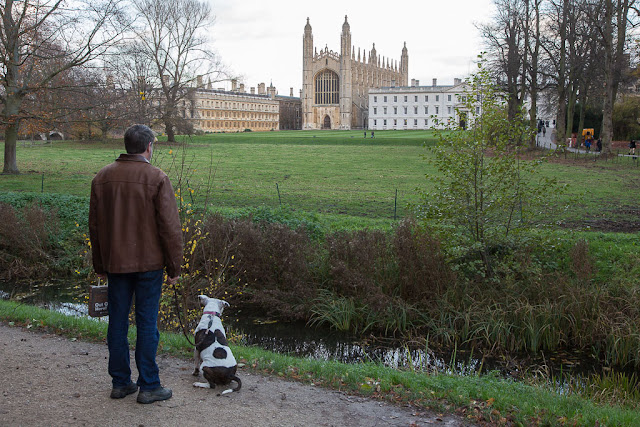 We walked through an area known as The Backs, across the river from the colleges. Olga got to chase her ball a bit and work off some more energy.

Coincidentally, I was watching a random episode of a show called "The Inspector Lynley Mysteries" last night, and it took place in Cambridge -- and this very location, with that same view of the chapel at King's College, featured prominently in the plot!

Visitors can enter the campuses of many of the colleges, but usually not with a dog. So we have been unable to visit the interior courtyards and structures like the chapel, unfortunately. Maybe we'll try to do so today, taking shifts with Olga.
Posted by Steve Reed at 7:57 AM