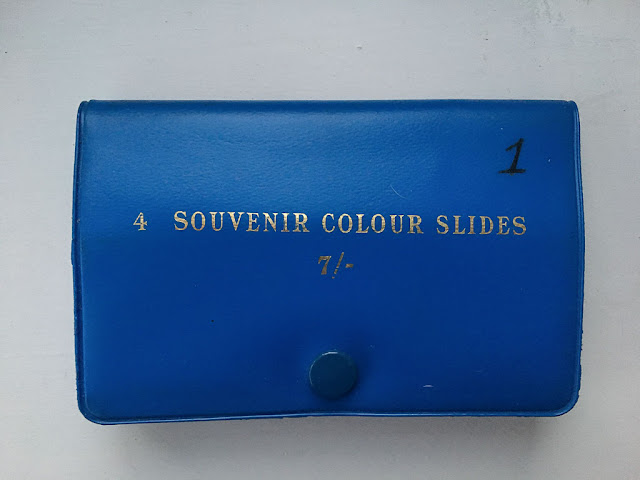 We've spent the last two days cleaning out the library. I've mostly been weeding the fiction section, but yesterday morning, my boss and I dug into the storage cabinets in the conference room. This seems to be where stuff goes when no one knows what else to do with it.

We found stacks and stacks of old photo print kits, once used in teaching -- pictures of Nazi Germany and stuff like that. Back before the Internet, those kits were necessary, but now of course all those resources are online and no one's touched them for years.

Similarly, there was a huge bag of old slides. Most were pictures of artworks, used for art history classes. (Those of us who are of a certain age will remember sitting through those slide shows, trying to differentiate Chagall from Picasso.)

But in among the art history slides -- which we threw away, because again, they're useless now -- I found this little vinyl pouch. Inside were five old slides of London. (The package says 4, but someone must have stuck an extra one in there.) Three are marked "Ministry of Public Building and Works" and two bear the name "Walton Sound & Film Services Ltd.", then a private film studio in London. The slides aren't dated, but the pouch is priced at seven shillings, which means it has to be pre-1971, the year decimalization did away with shillings in Britain. 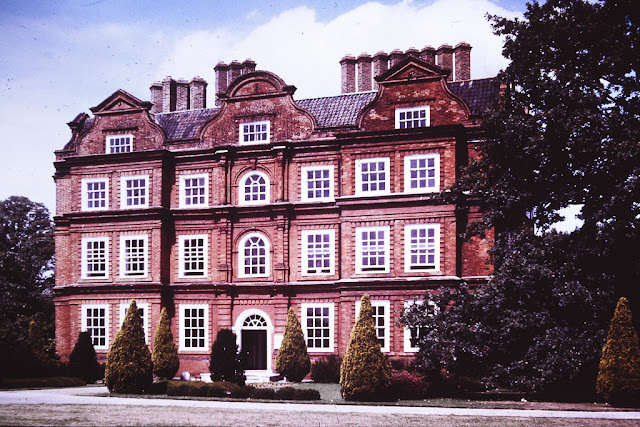 The slides are color, but the colors have deteriorated so badly over the years that I can only reproduce most of them in black and white. This is the exception -- a slightly warped-looking image of Kew Palace. 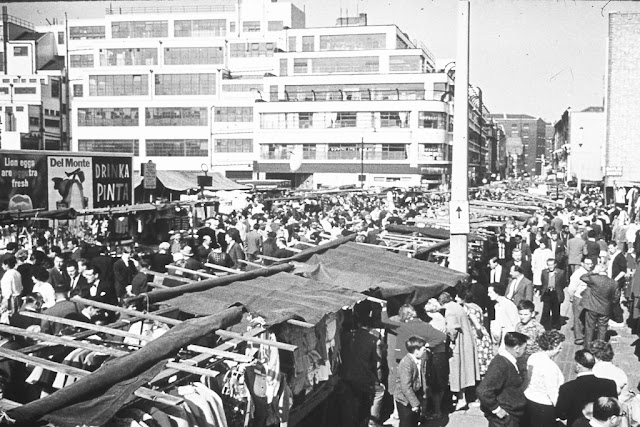 Here's the Petticoat Lane market, in London's east end. (I was just there a few weeks ago!) I can't immediately identify those buildings -- I wonder if they're there anymore? 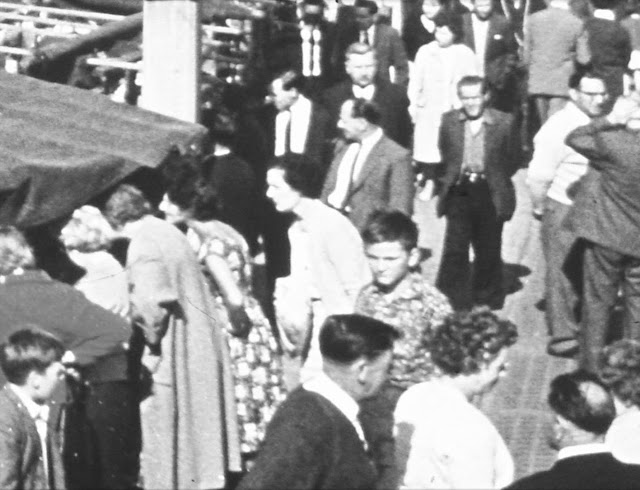 And what about all these people? Where would they be now? Let's assume this was taken in 1970 -- almost 50 years ago. (I think it's older than that, maybe even by a decade, but let's just assume.) The boy at lower left would be 60-ish now. Many of the others are almost certainly long gone. 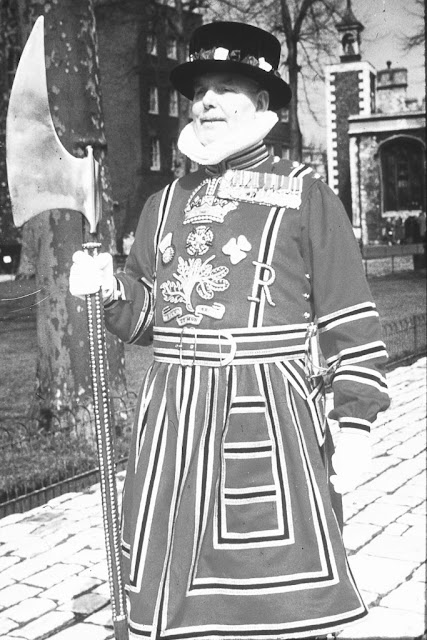 Here's a photo of the "Yeoman Gaoler of the Tower," at the Tower of London. 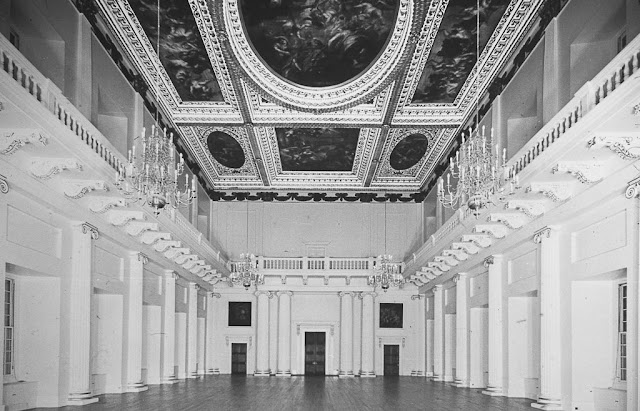 The other two photos are essentially timeless. There's this one, of the Banqueting House in Whitehall, with a ceiling by Peter Paul Rubens. 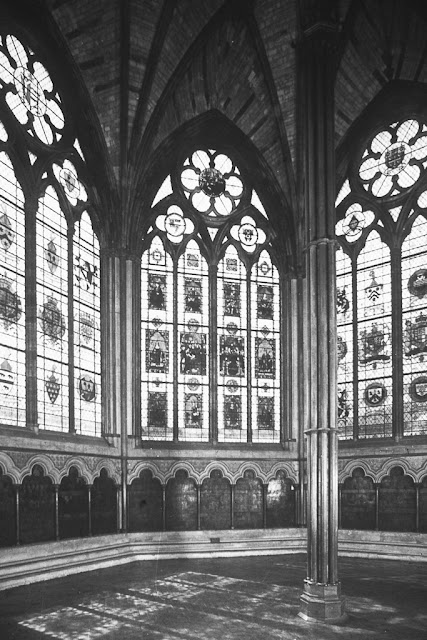 And there's this interior view of Westminster Abbey.

So there you have it -- rescued from the trash! Hopefully whoever owns the copyright to these photos, if anyone at this point, won't mind that I've put them online.
Posted by Steve Reed at 8:26 AM