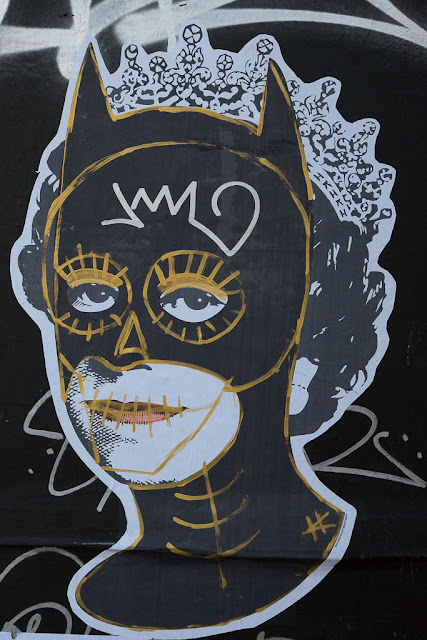 I discovered last night that there's a second season of "Search Party" available on iTunes, so Dave and I gleefully watched a few episodes. I love that show! Unfortunately, as far as I can tell, you've got to buy the season to see it, because it's not on Amazon or Netflix -- at least, not here in the UK. We made the sacrifice. (This is the modern Nancy Drew fable in which a gang of millennials get in over their heads while searching for a missing friend -- very entertaining!)

We've also started watching "High Maintenance," which I read about in The New Yorker, and it's pretty amusing -- a series of individual stories connected only by a single character, a pot dealer in Brooklyn. And we like Netflix's "Black Mirror," a sort of modern (and quite sophisticated) "Twilight Zone," and we like "Grace and Frankie."

We started a show called "The Good Doctor," about an autistic surgeon, but I'm on the fence about that one. The actors are good but the storylines seem frankly a bit silly. We pretty much abandoned "Designated Survivor" for the same reason, and Dave isn't thrilled about the new "Star Trek," though I like it.

So that's where we are on TV, having finished most of our other shows. I even managed to finish "The Wire" and "The OA," neither of which Dave liked, so my viewing time was restricted to periods when I was watching TV by myself -- a rarity!

Otherwise, there's not much happening around here. We're wrapping books again at work -- it's time for our annual "Blind Date with a Book" event with the 8th graders, in which they choose a wrapped book from a shelf, not knowing what it will be, and (ideally) read it over February break. I have so far managed to pawn most of the wrapping off on volunteer parents and a substitute teacher -- I usually can't even bring myself to wrap Dave's Christmas presents. But I did help spruce up the wrapped books with heart-shaped stickers.

I don't get all the outrage about the Republican memo regarding the Trump-Russia investigation. Isn't it clearly a partisan hack job simply meant to advance the Republicans' position and defend Trump? In what way is it so damaging? I didn't understand the controversy before its release, and I don't understand it now. It seems many voters are reacting to it with a shrug, which is essentially my response.

(Photo: Some Queen Elizabeth II and Batman mashup street art in Shoreditch.)
Posted by Steve Reed at 7:52 AM