Wild Bill and the Champagne Chairs 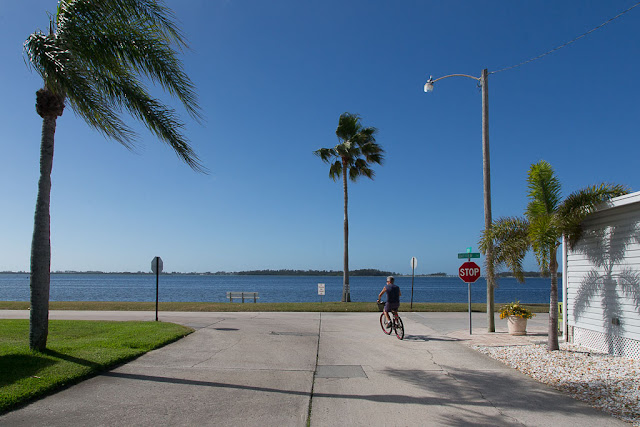 Is this not a quintessential Florida scene? That's a street at the mobile home park where Dave's parents spend the winter. The guy on the bicycle is known as Wild Bill, and he rides around and around the neighborhood -- I bet I saw him ten times yesterday. He is as tanned as a briefcase. 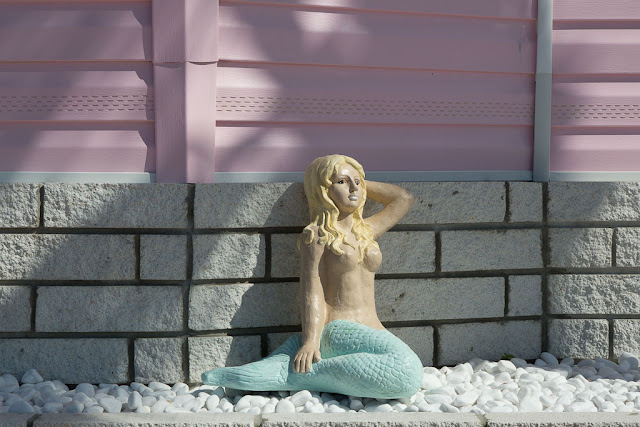 I went out to breakfast with Dave's parents yesterday, and ate two eggs and a huge pancake that pretty much killed my enthusiasm for food for the rest of the day. (It was good, though, and well worth the sacrifice!) Then I walked around the neighborhood and took some photos, encountering Wild Bill numerous times, and finally returned to the in-laws' and watched Olympic curling on TV. I don't understand curling at all, and the three of us tried to make sense of it -- it seems a little like shuffleboard on ice with big rocks -- but honestly we were all pretty bewildered. 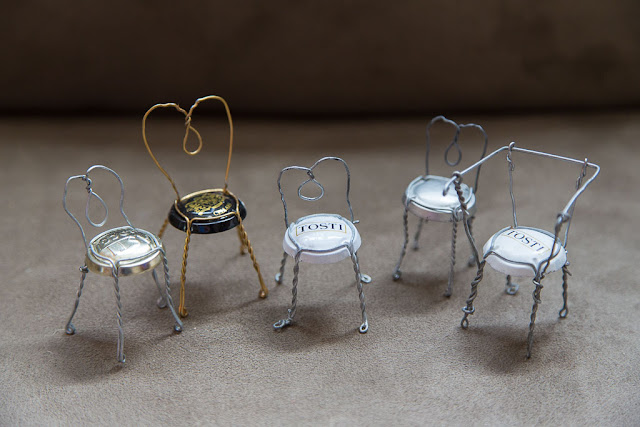 I was amused to see that Dave's parents not only saved my champagne-cork-cage-chair (say that three times fast!) from 2013, as well as its companion from 2017, but have crafted some more of their own! They've got a regular used-furniture store going now.

I left their place shortly after a light, post-pancake, cheese-and-crackers lunch, and drove north to the tip of Anna Maria Island to stay my final night in Florida with my college friends John and Sue. We had pizza for dinner and went for beers on the local pier and at a neighborhood bar we've been frequenting since we were just out of school. The place hasn't changed one bit in 30 years -- except it's been dusted a few times. Possibly.

By the way, apropos of nothing, when I mentioned flowering trees the other day I said jacarandas bloom about now. But when I drove into Tampa I didn't see any, and doing some research I've learned they bloom later in the spring. So, a correction! My bad!

I'll be headed back to London tonight on an evening flight.
Posted by Steve Reed at 10:59 AM

"The Last Days of California" by Mary Miller