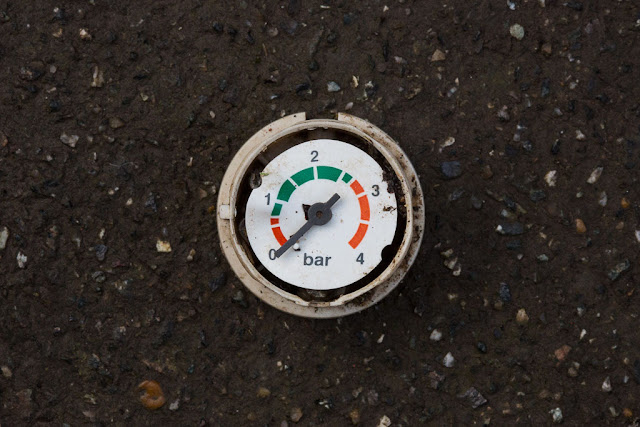 Olga and I found this curious little dial while walking yesterday morning. I wondered what it was. Barometric pressure? Directions to a local bar?

Turns out it's from a gas boiler -- it measures the water pressure in the system. I figured this out only because it looked vaguely familiar and I eventually realized we have one on our own boiler.

So there you have it -- mysteries introduced and solved in two paragraphs, here on Shadows & Light.

It looks like Biden is on a roll in the USA. I'm not thrilled about him, as we all know -- I think he's long in the tooth and prone to embarrassing gaffes, and the Republicans will be harping on about his son and Ukraine for the entire campaign. But I'll still vote for him. He has that magic Obama dust on him, and he'd be a MILLION TIMES better than what we have now. Critical to his momentum will be the selection of a running mate -- same with Sanders, if he winds up the nominee. Dave thinks Stacey Abrams would be a great option. I wonder about Kamala Harris, if she'd do it. Or maybe AOC? That would certainly bait Fox News into a frenzy, but it might appease the "Bernie Bros" who think the establishment is out to sink left-wing candidates. 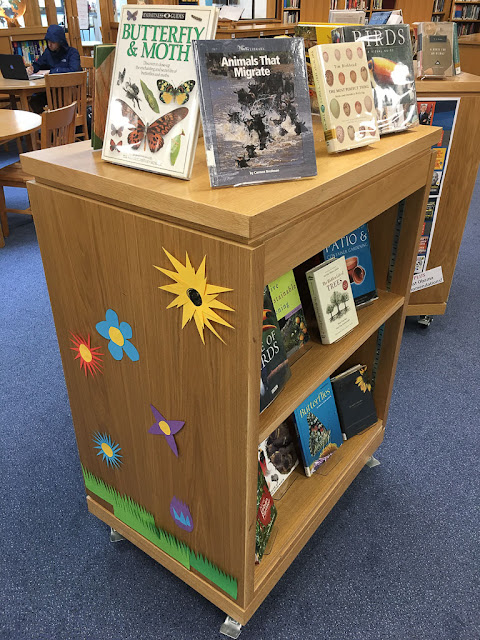 I put together a "springtime" book display at work. Don't you love my little construction paper flowers? I probably need a few more of them, but it took me long enough to make these 12! 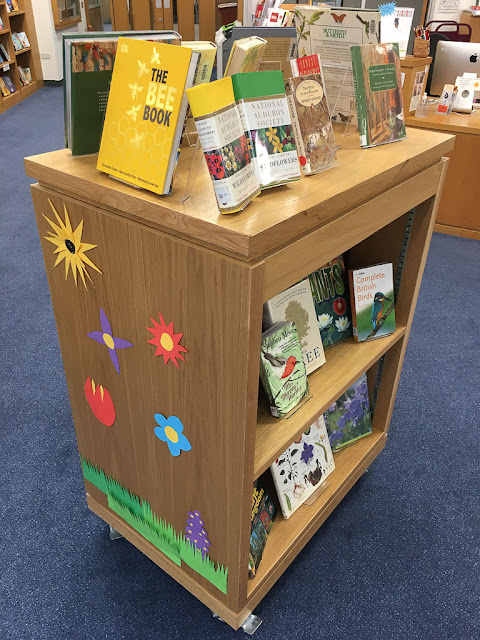 Those are supposed to be delphiniums, bottom right. They look more like a fungus, though. A purple fungus.
Posted by Steve Reed at 6:11 AM