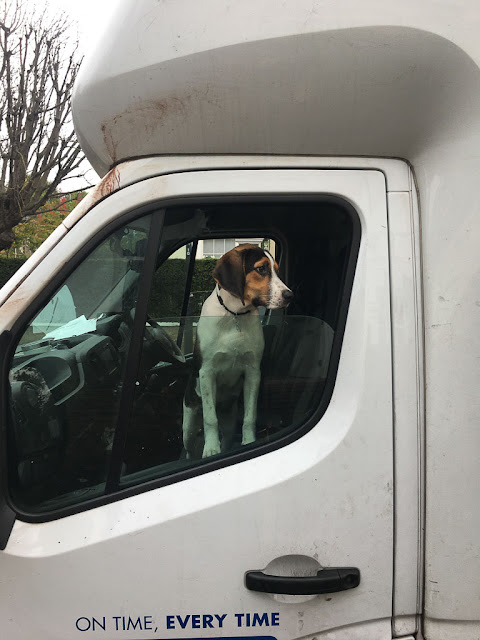 I was walking to work yesterday morning when I came across this attentive pooch, keeping an eye out for her owner. He was at the back of the truck, unloading a delivery. When he saw me snapping a photo, he laughed and said, "She could be a model!" 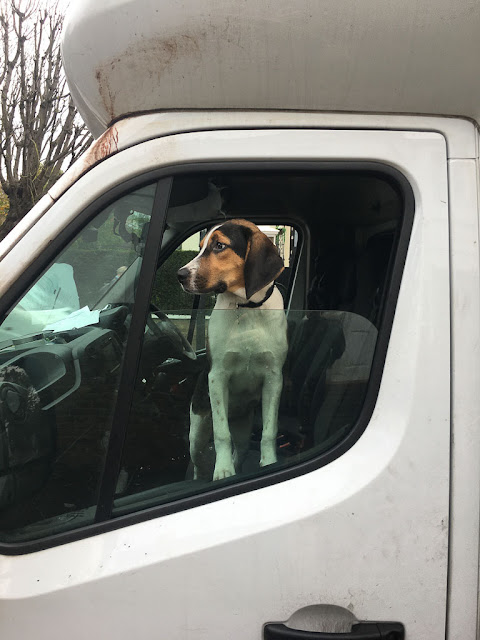 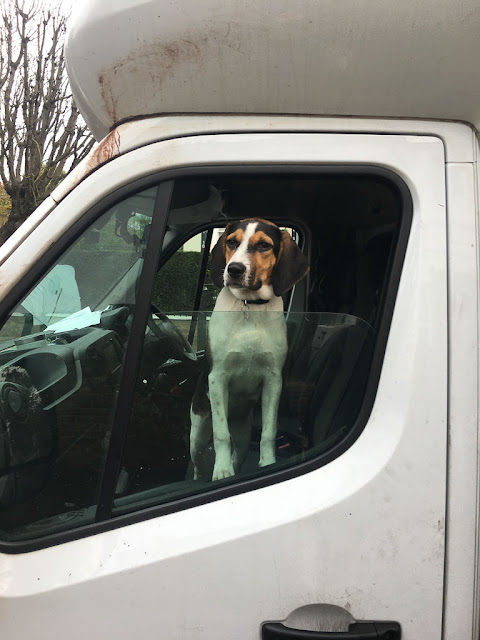 Let's just keep it between us that I'm blogging so much about other dogs. Olga might not like it.

Finally, finally, we have come to the end of this incredibly long work week. I don't know why it seemed like such a slog -- obviously it was no longer than any other work week, but all of my colleagues seemed to feel the same way. A common refrain yesterday was, "I'm so exhausted!" Maybe it had something to do with anticipating October Break, which has now officially begun. None of us will be back at work until next Wednesday.

Dave and I have no official plans, except that I'd like to knock out a couple more Newbery books. We talked about taking a little day trip somewhere, and we might still do that, but I'm also coming down with a sore throat so I want to take it easy. (It's not Covid. I took a test. Several of my colleagues have had colds, so there's something else -- something much more routine -- going around.) Probably sitting on a picnic blanket on a misty damp afternoon and burdening my immune system with an onslaught of alcohol didn't do me any favors.