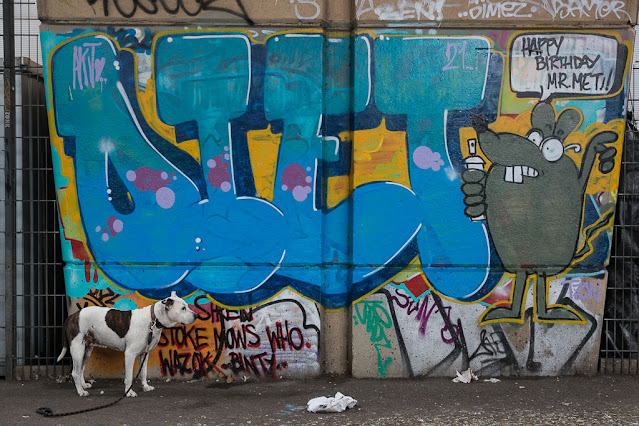 A couple of nights ago, Dave and I were watching "Ted Lasso," like the rest of the planet, and suddenly I recognized where they were filming. "Hey, that's the Westway!" I exclaimed -- the soccer fields under the elevated highway known as the Westway, near a large sports center. I used to walk Olga there all the time when we lived in Notting Hill. I'd go to photograph the omnipresent and ever-changing graffiti.

Olga and I hadn't been back to the Westway since we moved, but we could get there easily by taking the tube to the Latimer Road stop. So that was our outing yesterday. 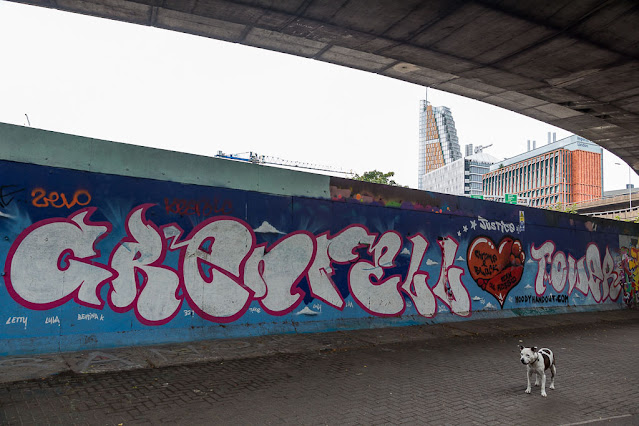 It's hard to tell with dogs, but I would swear Olga remembered the place. She seemed so comfortable there.

The area has been transformed by the Grenfell Tower disaster of 2017 -- the fire that swept up the side of a newly refurbished council-owned high-rise, killing 72 people. The Westway Sports Centre is practically in the shadow of Grenfell, and there are memorials and murals everywhere. (The criminal inquiry into the fire, incidentally, is still dragging on. The government is considering tearing down the remains of the building, over the objections of some survivors and relatives of victims.) 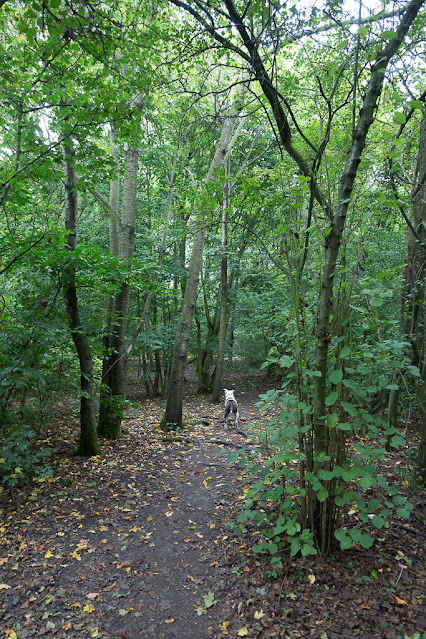 After that, we walked up Latimer and North Pole roads to Wormwood Scrubs, one of Olga's favorite spots to run wild and chase squirrels.
You might remember the last time we were at Wormwood, back in April, a massive utilities construction project had begun that required the clearance of some of the woodlands. There was a protest camp near the area being cleared. Well, that's gone now. 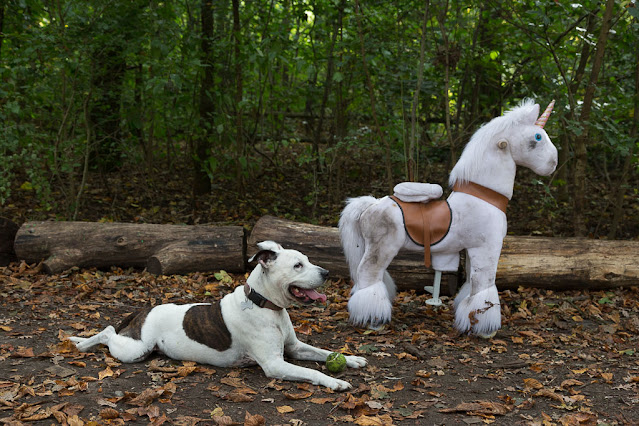 All we found at the site of the camp were some stacks of old debris and, weirdly, a grimy unicorn hobby horse. 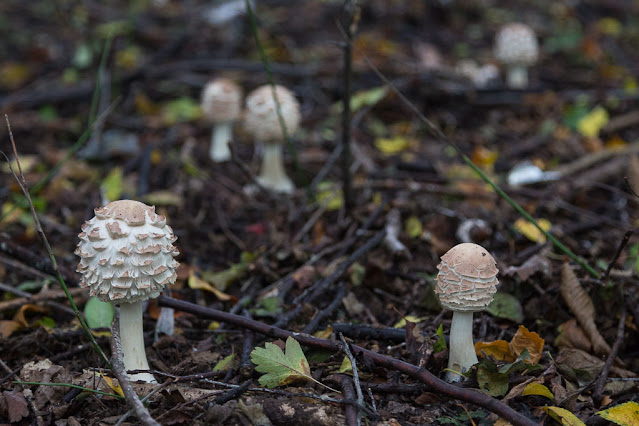 Oh, and not too far away, some very autumnal mushrooms.

We walked through the Scrubs, enjoying the wilderness around the construction zones, and then made our way back to West Hampstead via the overground railroad from Willesden Junction. It was quite a walk for Olga at this stage of her life and she's still asleep as I write. But she had a good time and I enjoyed being able to take her to once-familiar places she knew as a young dog.

I finished "Young Fu of the Upper Yangtze," which was better than I thought it might be. Given that it was written in the 1930s I feared it would contain outdated Asian stereotypes, and it kind of does -- the author refers to workers as "coolies," for example. Still, it wasn't as scary as I thought it might be.

Whenever I hear the term "coolie" I think back to a woman my brother and I knew when we were kids in Florida who had a shrub in her yard that produced flowers she called "coolie hats." (I see that Wikipedia gives it the more acceptable names "Chinese hat" or "Mandarin hat.") I remember collecting some while visiting her and drying them for display in our house. Those things were kicking around for ages.
Posted by Steve Reed at 7:24 AM