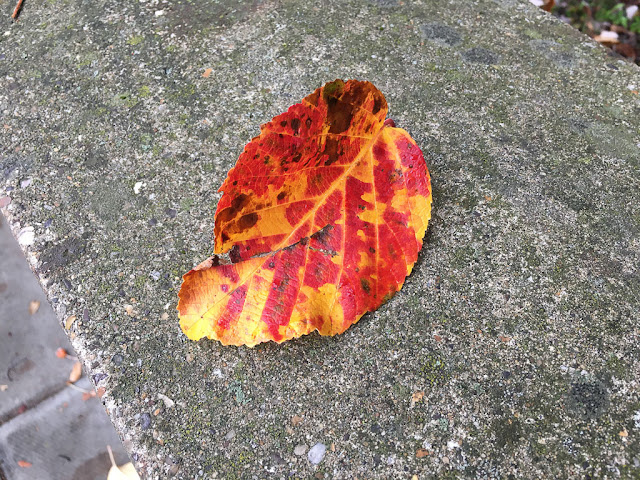 Before you get concerned, let me state right away that this post is not about Olga. Olga is fine; she's right where she belongs at this hour of the day, under the bedcovers and snoring.

I was walking to work on Finchley Road yesterday morning, through St. John's Wood, and I'd almost arrived when I suddenly heard a woman screaming "HELP! HELP!" I looked across the road and I saw a brownish spaniel sprinting down the sidewalk, trailing an untethered leash behind it. The woman was trying to catch the dog, but I could already see the gap between them growing and I knew that wasn't going to happen.

I was on the other side of Finchley, which is six lanes of traffic and fairly busy in the morning, but I took off running parallel to the dog, as did another guy. The dog ran out into the road, circled around in front of the cars (which all slowed, thank goodness) and I saw a guy on a motorbike take up the chase. Meanwhile, the woman was shrieking "HELP!" and "LEO! LEO!" at the top of her lungs. The motorbike guy called to her to stop screaming, thinking (I suppose) that it was spooking the dog.

Leo, who by this time was way ahead of all of us, eventually took off down a side street.

After a couple of blocks the other running guy broke off his pursuit, and I was slowing down myself. Leo was moving so quickly I'd lost sight of him, but I ran onto the side street and looked up and down both sides. Then I turned a corner and there was the guy on the motorbike along with another guy on a bicycle, holding onto Leo's leash. I guess having wheels helps when you're trying to catch a running dog.

As I chatted with the two rescuers the woman turned the corner behind me and, seeing that Leo was safe, took a few minutes to catch her breath. I didn't stick around to watch the reunion, since I was now late for work, but as they say, all's well that ends well.

Certainly an unusual way to start the day!

(Photo: A leaf on Finchley Road, taken minutes before Leo's escape.)
Posted by Steve Reed at 7:06 AM