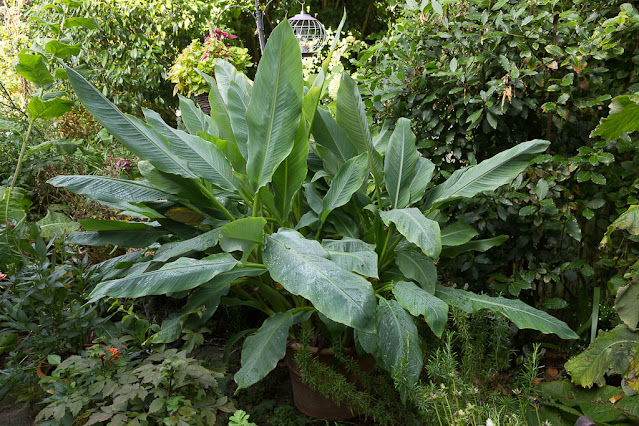 Take a look at our Chinese banana tree. It rebounded just fine after last winter's freezes. Now it's so lush and big we can barely get around it! We vowed to take better care of it this winter but the leaves will inevitably die back, I think. (It's so large I'm not sure how we could cover it all.) 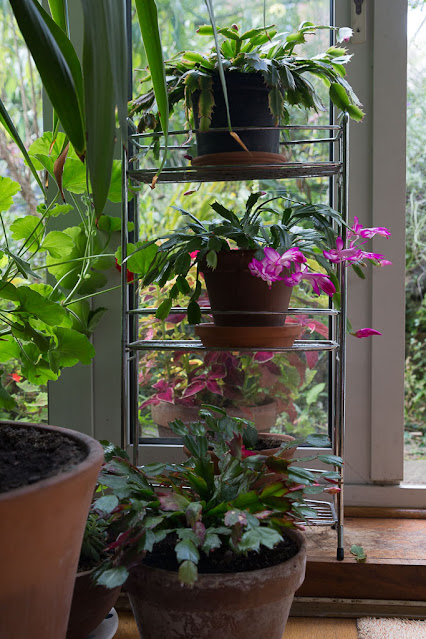 Indoors, one of our Thanksgiving cacti is already blooming away -- at least part of it. The other three all have buds. The one at the top will be the same color as the middle one, and the one in the foreground on the floor will be a sort of salmon pink/orange. Beyond that you can see a smaller plant on the bottom shelf -- that's a rooted cutting sent to me by blog reader Frances last year. It should eventually bloom white.

I'm surprised we have flowers already. Is there such a thing as a Halloween cactus? 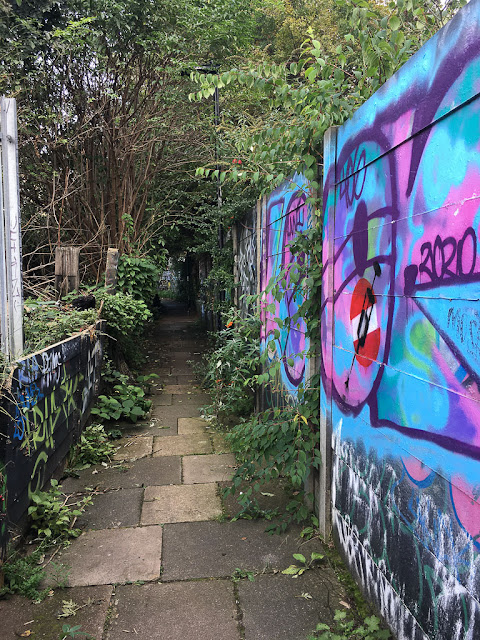 Yesterday, Olga got excited at the prospect of a walk, so I thought I'd take her to the cemetery. But no! She was insistent that we walk southward instead, and she took me down the gloomy and somewhat scary Billy Fury Way.

There's more vaccine graffiti on the right. Remember how I wondered earlier if a similar piece was anti-vax? Well, seeing this, it's a definite yes. That's a "No Entry" traffic sign behind the needle. (The piece I pictured in that last post has since been painted over, by the way.) 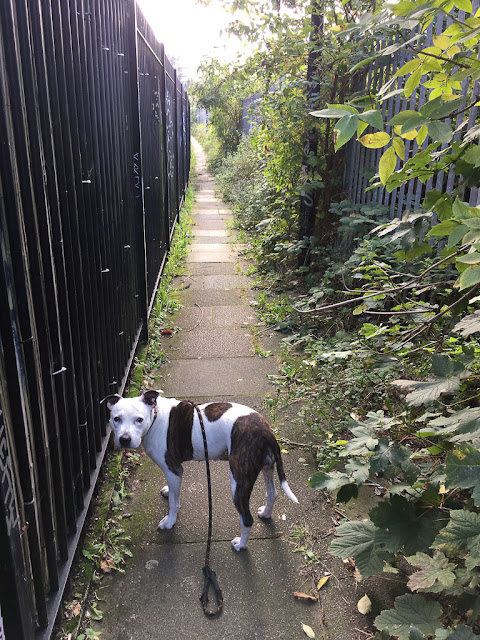 I have no idea why Olga wanted to take this particular route, but she seemed happy with it, and then we went home.


Finally, I set up the garden cam a week or so ago, and captured more footage of the local fox(es). I apologize in advance for the indelicate footage of the fox relieving itself. What can I say? Nature! There's also a nice daytime shot of one of them, showing off the color of its fur. (I'm unclear whether this is one animal or several. I know there are multiple foxes around, because we hear them quarreling at night.)

My cold is still with me. It's not terrible but it's uncomfortable. I spent most of yesterday morning on the couch reading, and I plan to do so again today.
Posted by Steve Reed at 6:27 AM